At the end of 18th century a young Englishman arrives with his uncle in Mozartean Prague and enjoys adventures with the vampires...

It is the 18th century in Bohemia. A young Englishman, Richard Bancroft, and his uncle Archibald are on their travels throughout Europe and are introduced to Colonel Degendorf and Count Kronberg, the latter being accompanied by the charming and beautiful Olivia. Richard immediately falls in love with her. They all go to Prague. In Prague, Richard receives an invitation to a masked ball, being held at Kronberg's residence. The guests include the homosexual Roman, a caretaker and her wooer singer Alfieri and also Degendorf who searches for his missing son Kristian there. At the ball, Richard is addressed by Olivia who is not against meeting the young man, being away from Kronberg's supervision. Richard loves the girl dearly even though he finds out that she is a vampire. At night, Richard sets off for an inspection of the palace and witnesses Alfieri pouncing on the woman caretaker and bleeding her white. Degendorf discovers the undecayed body of his son in the grave of a Jewish merchant. He does not want his son to continue in his vampire life, and thus shoots him dead with a sacred bullet. The trio of dauntless men – Degendorf, Archibald and physician Hermann – decide to exterminate the vampires. They break into the palace but try in vain to get to the count's grave. They are locked in a cellar by the valet Fridrich. Richard, who was looking for Olivia in the palace, is jailed in the crypt, too. He, however, manages to escape and also helps the three vampire killers. He himself runs away with Olivia who takes him to the decaying château of her family. The courageous threesome squares up with the vampires in the morning. Richard marries Olivia and the three vampire killers arrive at the chapel to attend the wedding ceremony. Uncle Archibald wishes happiness to the newlywed couple and, smiling, reveals his brand new vampire teeth. 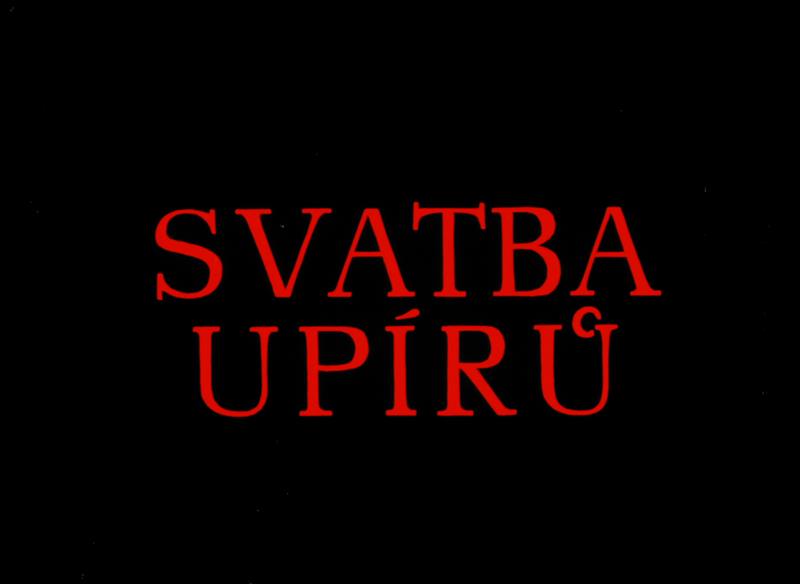 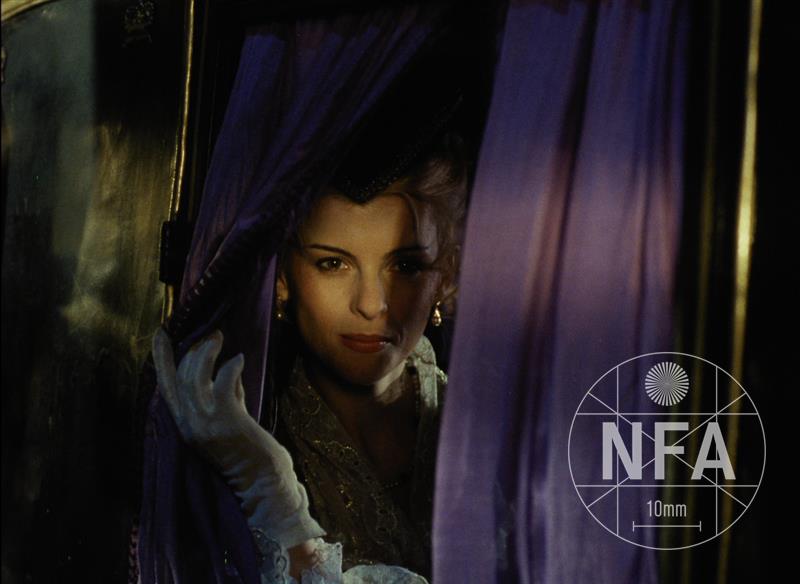 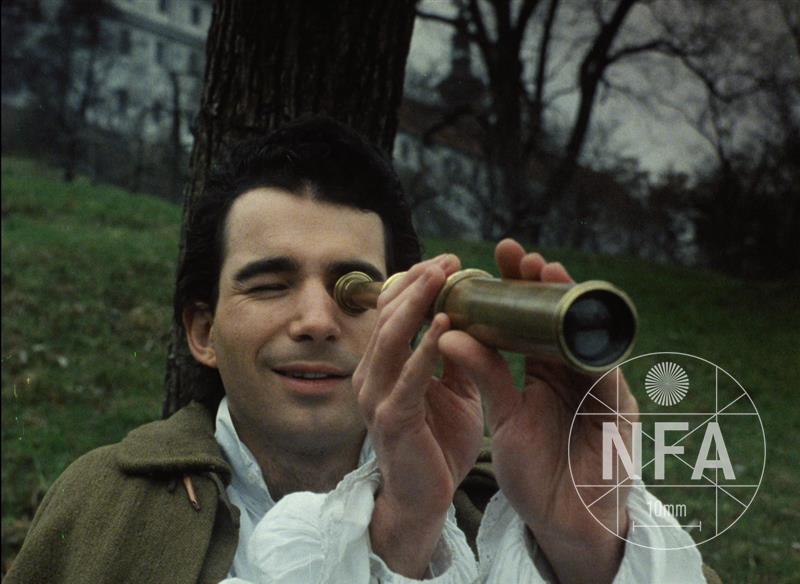 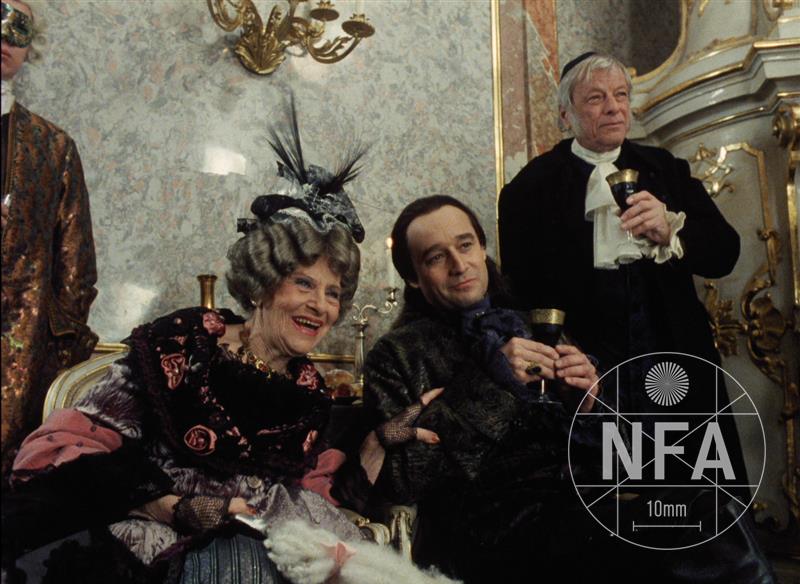 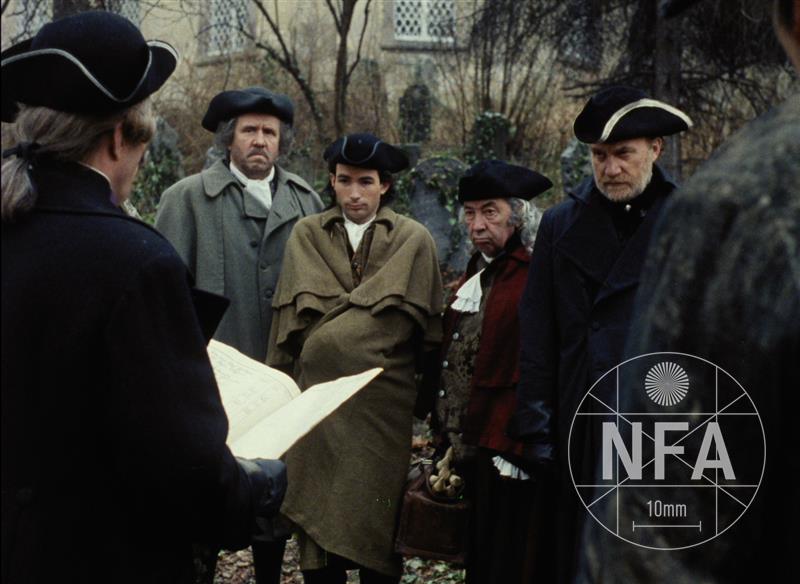 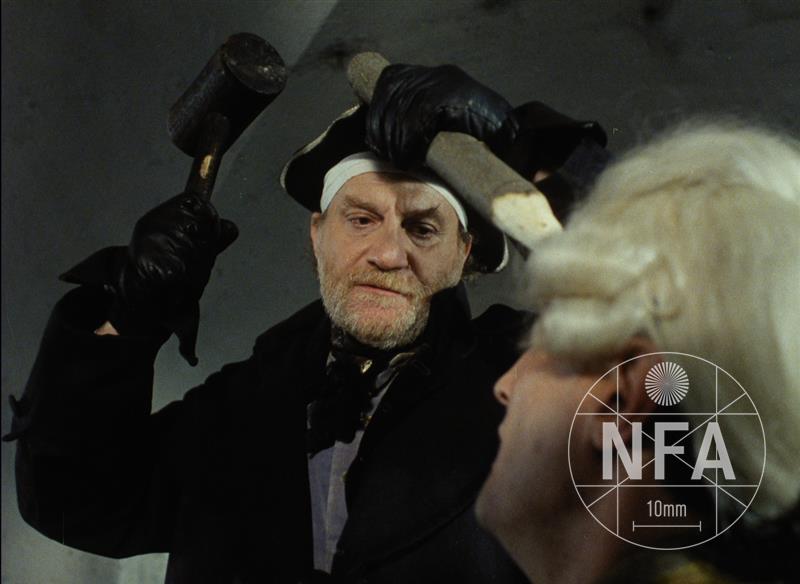 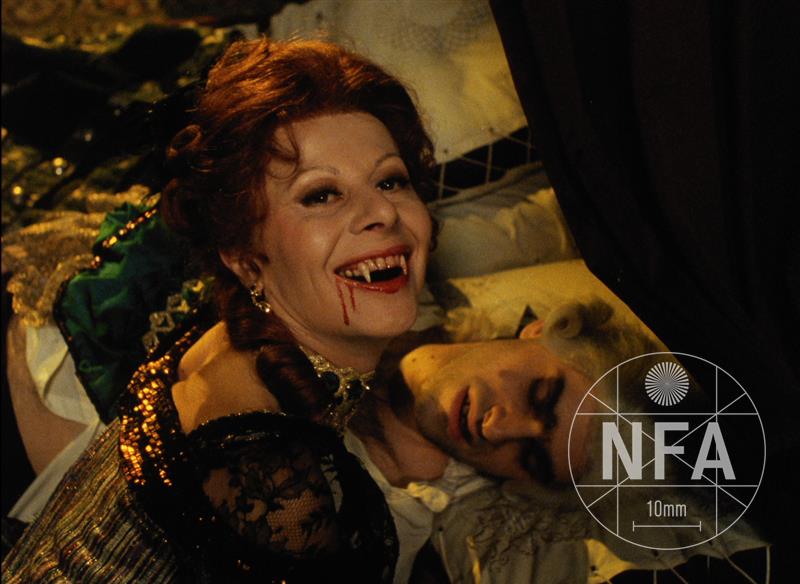