Director Jaroslav Mach shot this 1966 detective comedy in the attractive setting of the Ronov state chateau. The plot of Nahá pastýřka (The Naked Shepherdess) sees the start of a police investigation after art collection custodian Jůzlová is murdered. It becomes clear that this woman is not simply the innocent victim of a heinous crime: her activities included sales abroad of forgeries of acclaimed works of art, created and “legalised” with the help of accomplices. What’s more, Jůzlová was arranging to smuggle out the precious original of Fragonard’s Naked Shepherdess as part of a masterplan that would see her emigrate. Police captain Tronda, played by the experienced actor Vladimír Menšík, examines the alibis and motives of a number of suspects before discovering the complicated conspiracy centred on forgeries. Gradually, he works his way to the perpetrator of the murder. In 1968, Mach delivered a stand-alone sequel of this lighthearted detective story entitled „Rakev ve snu viděti...“ (Seeing a Coffin in a Dream...). The role of the swindler Pacínek is performed in both films by Bohumil Šmída.

At the Ronov castle, the archive-keeper professor Nykl is searching for the lost painting The Naked Shepherdess by the famous Fragonard. Nykl is just about to disassemble the mantelpiece in the knight's hall, convinced that the painting must be hidden somewhere inside. His efforts, however, meet the strong disapproval of the castle manager, Anna Jůzová, who knows very well where The Naked Shepherdess is. She wants to get hold of the painting herself, to emigrate and smuggle it along. In fact, Anna deals with forgeries of the most distinguished old masters, selling them abroad. The copies are made for her by the painter and restorer Maudr and the certificates of authenticity are issued by Anna's companion - expert Laburda. One day, Anna is found murdered in front of the castle's fireplace. The subsequent police investigation follows several leads and turns up several suspects: Jůzová's brother; the castle guide Zounar; Jůzová's lover; mortician Pacínek who had some conflicts with the law long ago, and the painter Maudr. Some castle paintings are being packed and shipped for a Vienna exhibition, but the investigators discover that searched-for Fragonard has been painted over and is underneath one of the modern works in the possession of expert Laburda. Shortly afterwards, another murder is committed - Maudr's corpse is found in the castle pond. The peculiar Captain Tronda, a enthusiastic amateur theatre actor, carries out the re-enactment of the events. First it seems that the culprit is Zounar, but Tronda eventually proves that the murderer was indeed Laburda, who wanted to get rid of his inconvenient companions. 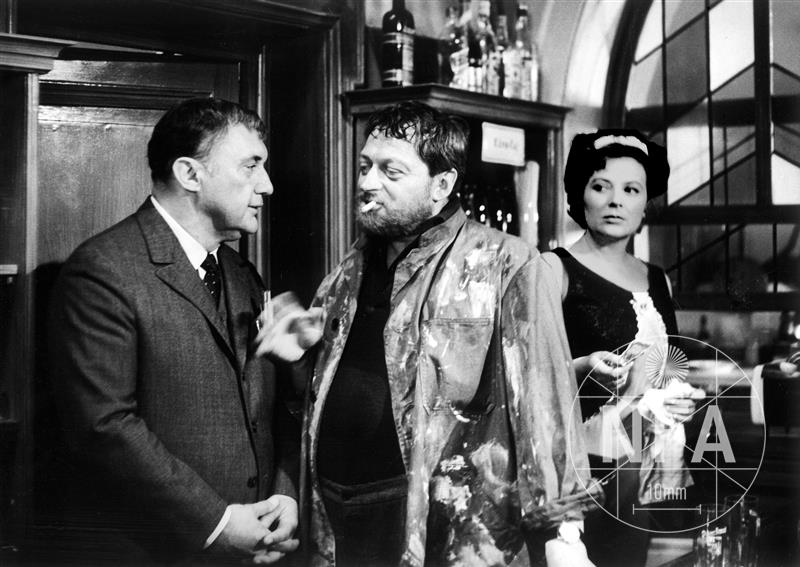 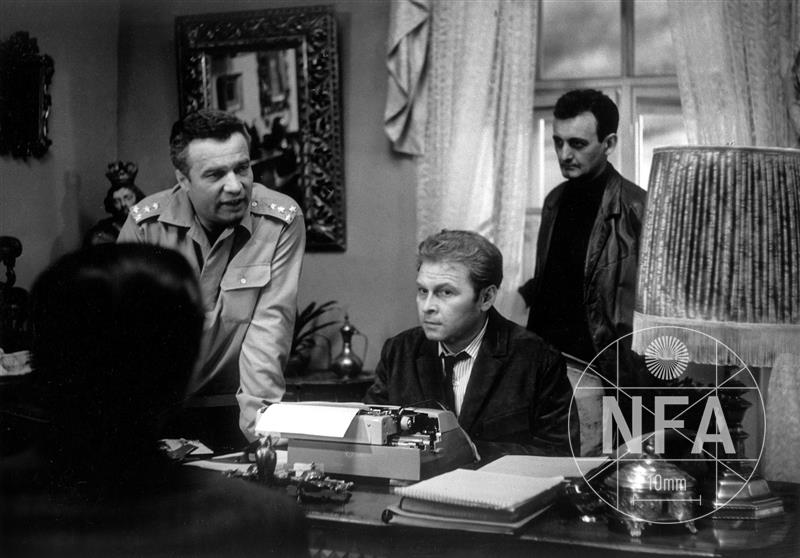 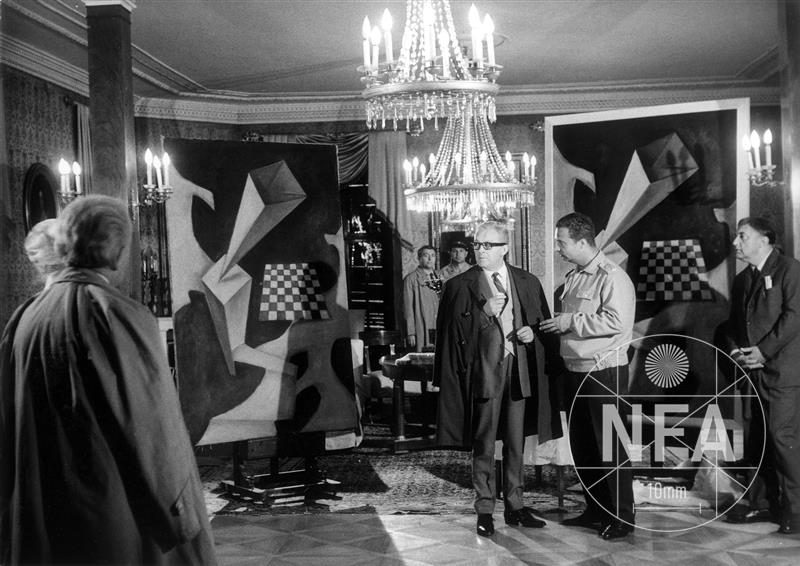