Lubomír Lipský plays Lebeda, a member of the police force, in this 1966 comedy. The traffic cop enjoys making sure everything runs smoothly in his small town. But one day, he unwittingly becomes entangled in a burglary when he helps two men load up a truck with stolen goods. Lebeda decides to rectify his mistake and tries to seek out the criminals on his own time – but such initiative only creates fresh headaches. Director Pavel Blumenfeld’s final feature film is a rare 1960s crime comedy. Alongside the much-loved star Lubomír Lipský, the director also gives much room to the First Republic-era comic Věřa Ferbasová. Blumenfeld’s film seeks to parody certain contemporary filmmaking techniques (for example those seen in 1964’s Démanty noci – Diamonds of the Night, by director Jan Němec). The film’s title is inspired by an unusual label on a box of matches owned by the lead character’s son (13 year-old Jan Kraus).

Eduard Lebeda works at the dispatch department of a costume jewellery factory, but first and foremost, he is an enthusiastic member of the voluntary auxiliary police guards. In the evening, as usual, he heads for the streets of the little town to direct the traffic with his police control disk. Before he leaves, he confiscates his small son's matches. The matches have a label with two tigers on it. In front of the self-service store, two men load cases onto a lorry with the German trademark Garant. Lebeda fails to notice their nervousness and helps them with their work. He lends the matches to the driver. The roaring of a departing motorbike diverts his attention and the lorry drives off. The next day a rumour spreads about a robbery in the self-service store and Lebeda realizes that he has been an accomplice. He fears arrest but is instead instructed to search for the lorry, which has also been stolen. Lebeda accidentally discovers the car hidden in bushes. He returns the matches, which he finds on its seat, to his son. The boy's rare label proves a success at the exhibition. Encouraged by praise, Lebeda starts pursuing the thieves on his own initiative, causing more and more problems to the police. He thinks that two West German ladies, tourists who want to buy his son's label, are spies, and almost causes an international scandal. The police track down the perpetrators of the theft among the employees of the Panorama hotel. Lebeda is expelled from the voluntary police guards for his unsolicited activity. 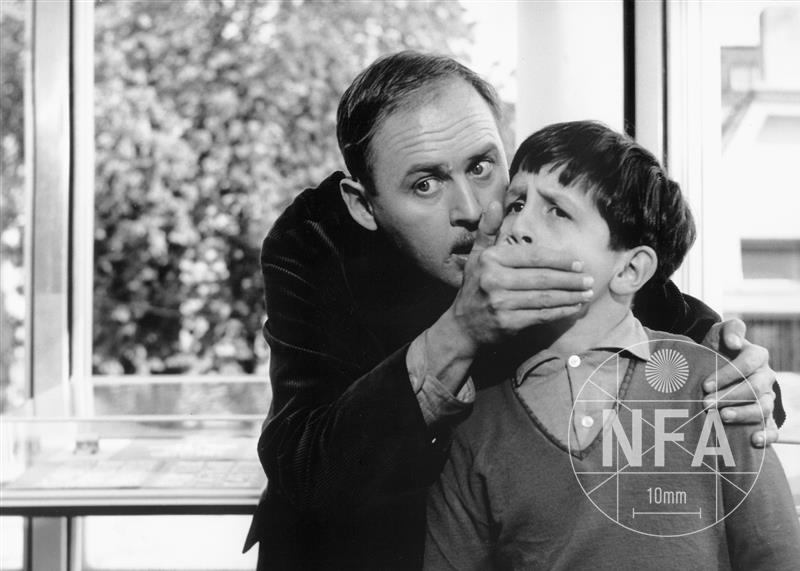