The first collaboration between the director Oldřich Lipský and the screenwriter Miloš Macourek became a comedy experimenting with narrative chronology. The story goes backwards so that the protagonist – the butcher Bedřich Frydrych (Vladimír Menšík) – comes to life after he has been condemned and executed for the murder of his unfaithful wife (Jaroslava Obermaierová). Thereafter he relishes telling viewers the story of his marital relationship right up to his meeting with the beautiful Julie. The titular happy ending is such that Bedřich (who “in real life” saves Julie from a fire) throws the young woman into the flames and falls into the arms of his previous girlfriend for a final kiss… Neither Lipský nor Macourek ever repeated such a radical experiment with the rules of storytelling. Nonetheless, the motif of “mechanical changes in causational circumstances” can be found in Lipský’s filmography in the plots of films like Zabil jsem Einsteina, pánové… (I Killed Einstein, Gentlemen!, 1969) and Jáchyme, hoď ho do stroje! (Joachim, Put Him into the Machine!, 1974). The comic effect works in that the characters go backwards, with people “vomiting” their food while eating and an infant supplying its mother with milk. All of this can become boring for the viewer after a while – unlike the speeches of the actors, which are often very funny in reverse order. What remains remarkable about Happy End, however, is the basic idea of working backwards so that the audience comes away with something that is the exact opposite of the original meaning: a dismembered wife is “assembled,” death appears as a birth, a mother-in-law’s funeral becomes a “delivery” in a coffin, etc. First and foremost, however, the tragic – and banal – story of a cuckolded husband-murderer changes into an extraordinary comedy with a happy ending. The internal order of the narrative is maintained by Bedřich’s naïve commentary, which confirms the naturalness and correctness of events on the screen. Part of the elaborate visual qualities of Happy End owe a lot to the important works of the legendary cameraman and special effects expert Vladimír Novotný, as well as working with the legacy of silent slapstick. At the time, the film was not well received by critics or audiences (all though it did get good reviews in the contemporary American press).

The edge of the guillotine separates the condemned man's head from his trunk, but the head immediately jumps back and unites with the body and the butcher Bedřich Frydrych comes back to life. With a good deal of temperament, he begins to tell his story "backwards" and returns to the events preceding his execution - as far back as to his dramatic first meeting with his future wife Julie. - At the court, Bedřich is sentenced to death for the murder of his wife. He was caught by a constable, while he was carrying her quartered body in a suitcase. The following sequence describes - through running the camera backwards - the "assembly" of his wife's body into its original state and the story continues to the beginning of Bedřich's life. He lives comfortably with Julie but a wild jealous scene reveals that Julie is unfaithful to him. Bedřich searches out his wife's lover, a Mr Ptáček whom he had heroically saved from drowning during their honeymoon by the sea. Bedřich's marriage with Julie is preceded by his split with his lover. Although Julie's mother agrees with the wedding, the girl attempts to commit suicide. The story goes back to the beginning, to the first acquaintance of Bedřich with Julie, who saves Julie from a fire. In the film, however, it looks as if Bedřich threw Julie into the fire; then he descends the ladder and, by kissing the hand of his former lover, attains a happy end. 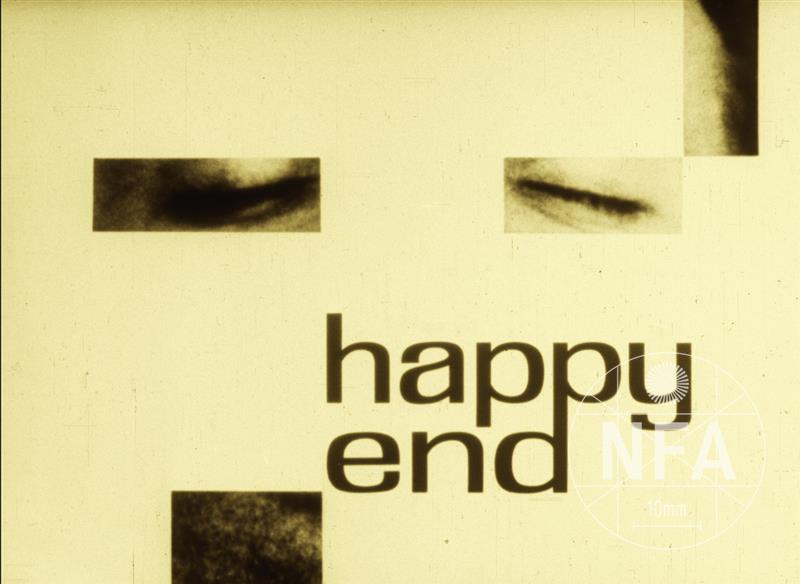 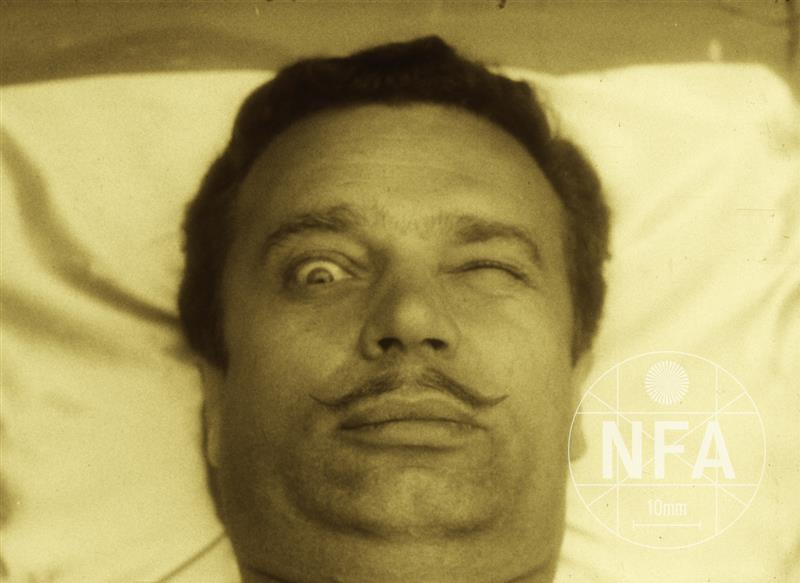 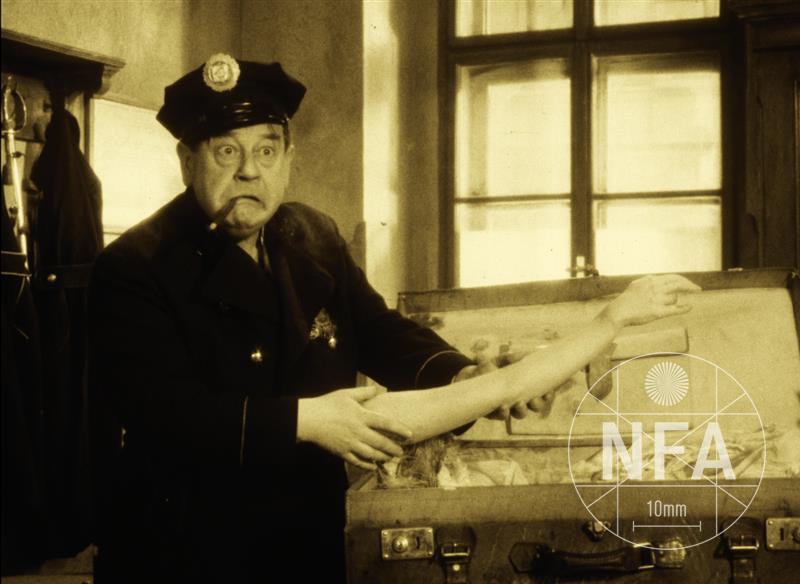 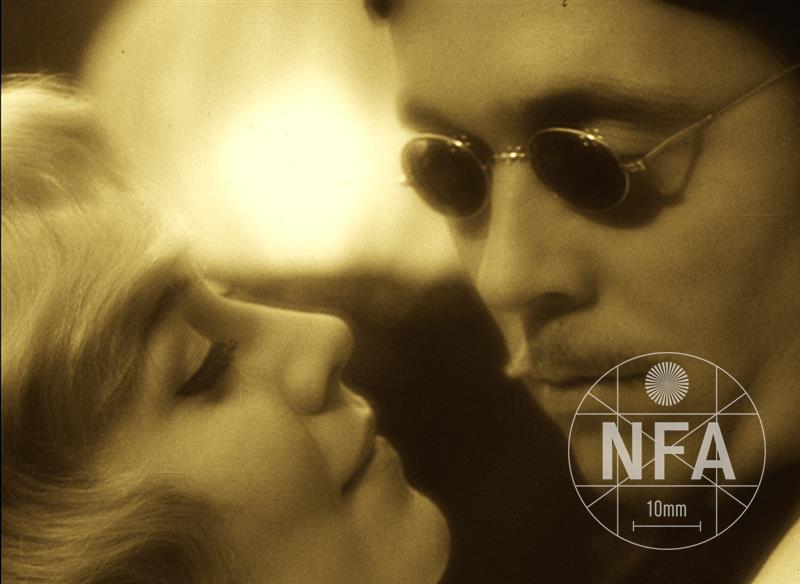 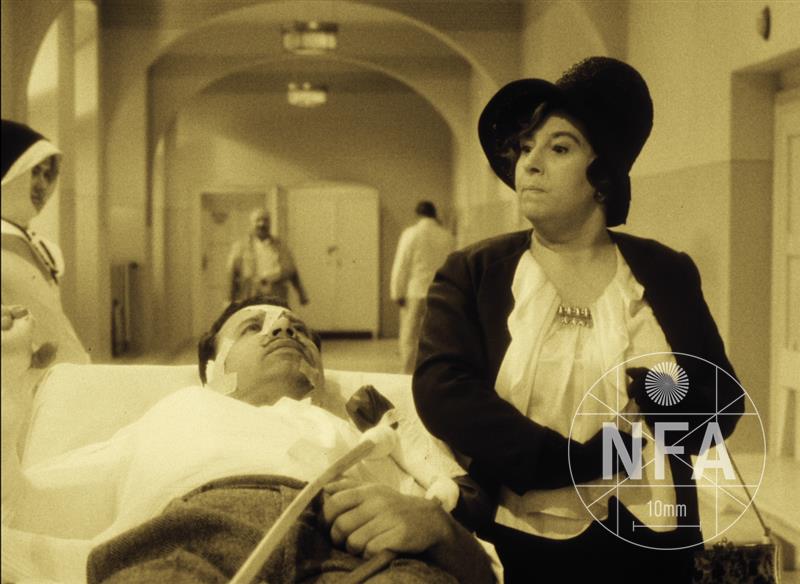 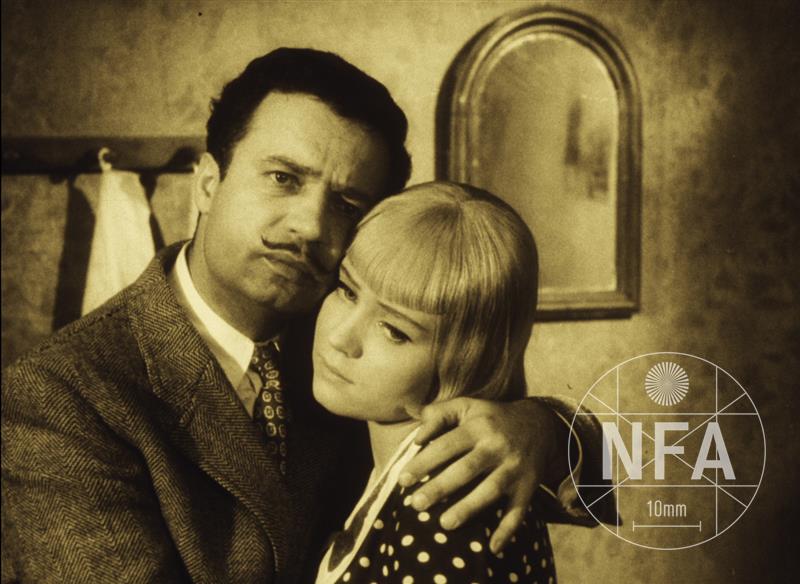