I, the Distressing God

Milan Kundera’s short story I, the Distressing God from the collection Laughable Loves was adapted twice in the 1960s. In 1967 Jaroslav Horan made a mid-length film of it for the Brno studio based on a screenplay by the novelist’s wife Věra Hrabánková. Just two years later Antonín Kachlík filmed the short story at Barrandov Film Studios from a screenplay he co-wrote with Kundera himself. This led to a relatively faithful adaptation; some passages were identical to the short story, though several new episodes were added to the anecdotal original (in particular concerning the keen-to-marry Mrs. Štenclová, played by Jiřina Jirásková). The same fate was met by the 1965 Hynek Bočan film Nikdo se nebude smát (Nobody Gets the Last Laugh), which was based on the Laughable Loves story of the same title. (Žert [The Joke], a 1968 film rendition of the novel by Jaromil Jireš, represented a third adaption of Kundera). The narrative’s protagonist, ladies’ man Adolf (Miloš Kopecký), decides to punish Janička, a conservatory student who has spurned him. Because the stuck-up young singer has a taste for celebrities, he introduces her to the Greek Apostolek (Pavel Landovský), who pretends to be a composer from Greece. However, revenge is not as sweet as Adolf had hoped: the two fall in love and following Apostolek’s “return home” Janička discovers she is pregnant. The surprised manipulator is unable to tell the truth to the girl, who has decided to be a proud single mother… As in the short story, Adolf is the narrator; in a distancing voiceover he plays with, instructs and mocks the audience… Unlike other adaptations of Kundera, Kachlík’s film leans toward the comedy genre. Both leads are also inclined toward it, with Kopecký and Landovský setting in train a grandiose farce centred around non-actress Jana Lelitová’s cold-blooded and naive Janička (dubbed by Alena Procházková).

Adolf, the irresistible seducer of women, is fond of Janička, a novice opera singer. The girl, however, prefers famous men and Adolf thus does not have a single chance with her. One day in a hospital, he meets a Greek partisan named Apostolek who impresses him with his spontaneity and ease in solving all problems, especially those with women. Adolf has an idea. He makes Apostolek familiar with social manners, dresses him after the latest fashion and introduces him to Janička as a Greek conductor. Janička instantly falls in love with the made-up composer and Apostolek does no better. But Adolf is not satisfied with their love affair - he wanted to have fun and also his revenge on Janička, but failed. He, however, follows his plan closely and makes up Apostolek's return to Greece. Janička finds out she is pregnant. Adolf offers to marry her but Janička rejects him: she decides to be a single mother and maybe also to wait for Apostolek's return. Adolf is jealous and contemplates telling the truth to the girl, but eventually does not. The child is born and Janička proudly walks around with the perambulator. Although Adolf lost Janička, he feels that, due to his joke, he has become an invisible part of her life and that they, in fact, belong together. 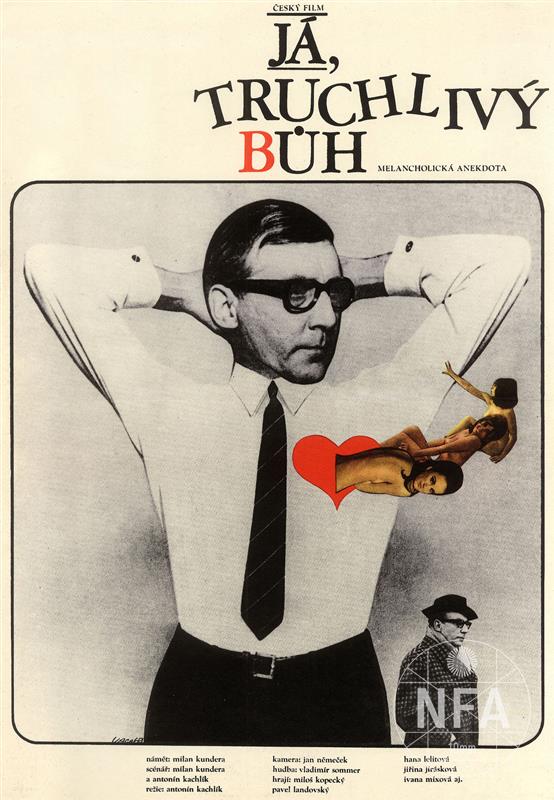 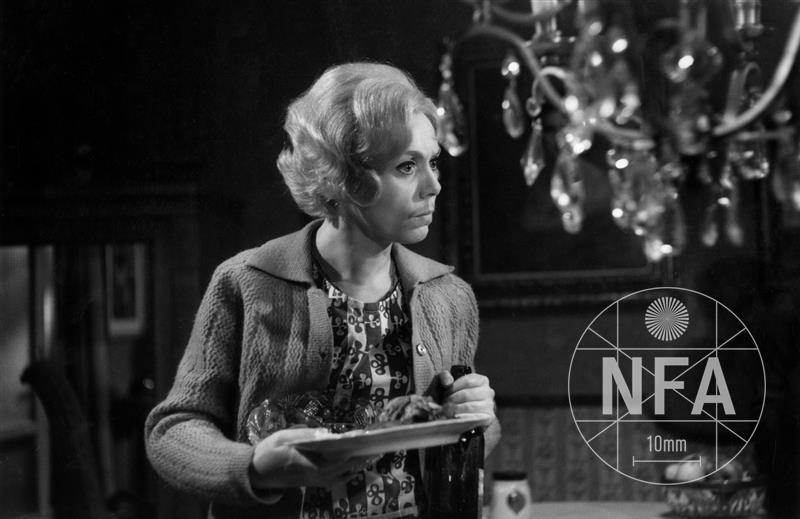 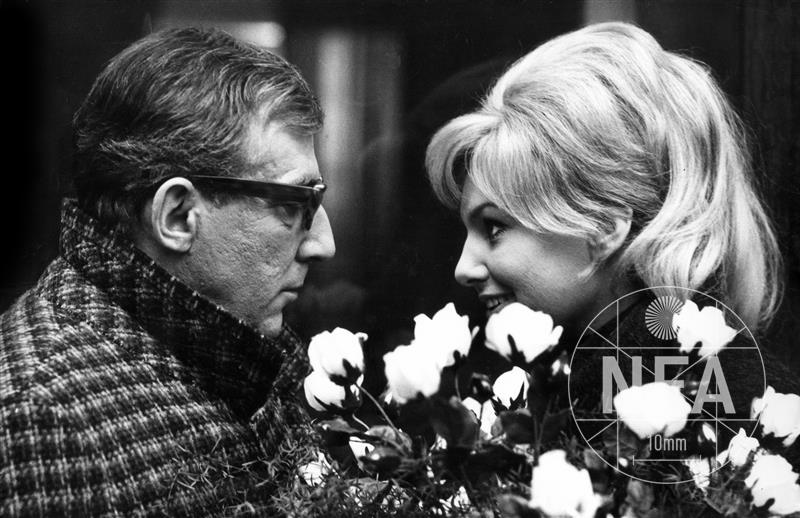 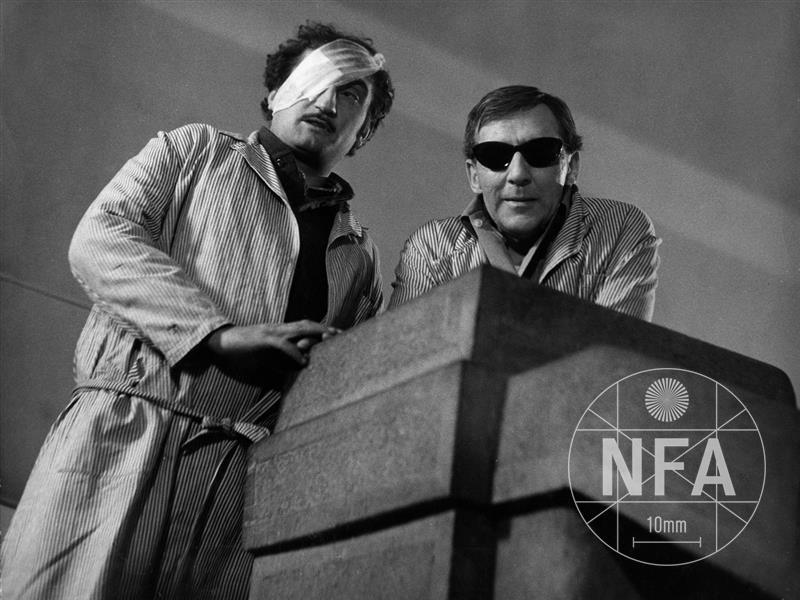 I, the Distressing God