Australian author Alan Marshall’s autobiographic novel I Can Jump Puddles first mesmerised readers in 1955. The story of a boy, who contracts polio at the age of six, but whose resolve helps him overcome his debilitating condition and keep up with his peers, appealed to seasoned screenwriter Jan Procházka. This 1971 adaptation, directed by Karel Kachyňa, tells the tale of a young disabled boy, whose friends help him to fulfil his horse-riding dreams. The film somewhat echoes a similar story told in Procházka’s earlier film Trápení (Trials and Tribulations, 1961), also directed by Kachyňa, highlighting the pair’s long-running and successful collaboration. Trials and Tribulations is a family film starring a very young Jorga Kotrbová as a 12-year-old girl, sharing her hardships with an indomitable stallion. An equine partner also plays an important role in another Procházka-Kachyňa collaboration, namely wartime film Ať žije republika (Long Live the Republic!, 1965) in which the lead character is confronted with the warped mindset of adults… Similarly to how Pricházka adapted Mark Twain’s works to create Páni kluci (Boys Will Be Boys, 1975) the screenwriter also shifts Marshall’s work into a different time and location. The story takes place in Tlumačov, a small town in Moravia at the start of the 20th century. The main protagonist is little Adam, whose dad works at the local stud farm. The boy’s dream is to work with horses, but polio leaves him disabled. Adam does not give up and secretly begins to learn riding… Vladimír Dlouhý, 12 at the time, takes the leading role in this timeless film. Working with director Kachyňa served to open the door to a wider acting career for Dlouhý. Despite Už zase skáču přes kaluže (Jumping over Puddles Again, 1970) ostensibly exploring a “harmless” non-political theme, the post-1968 “normalisation” environment led to the blacklisted Jan Procházka being replaced in the film’s credits by his colleague Ota Hofman. The picture premiered in May 1971, and served as Kachyňa’s final collaboration with his favourite screenwriter, who died in February of the same year. Their previous work, the political drama Ucho (The Ear, 1970) was denied a release by the censor and was not seen by the public until 1990.

Little Adam was born to a poor village family. His father used to ride and tame horses in the manorial stud. From him, Adam inherited a great love for horses and cannot wait to grow up a little so his father might teach him how to handle horses. One day, friends induce Adam to shoot with a catapult at a young blacksmith. The blacksmith gets angry and begins to pursue Adam. Adam hides from him in a pond. In the evening, he gets a high fever and the physician, called for the next day, finds that the boy is suffering from infantile paralyzis. Adam cannot walk and has to go to hospital. One leg recovers a bit, but still, the boy faces crutches and a wheelchair until the end of his life. His mummy is devastated but Adam comforts her, firmly convinced he is going to jump over puddles as well as ride horses again. Then, he begins to make his dream come true with the help of friends, secretly borrowing a dapple-grey horse from Lojza and beginning to ride. First, only through the meadow, but later also in the manorial stables. He falls from the horse many times and gets bruised, but never relent. Thus, he can eventually perform his skills in front of his worried and moved parents.

The script was written by the then-banned author Jan Procházka, under the name of the acceptable scriptwriter Ota Hofman. 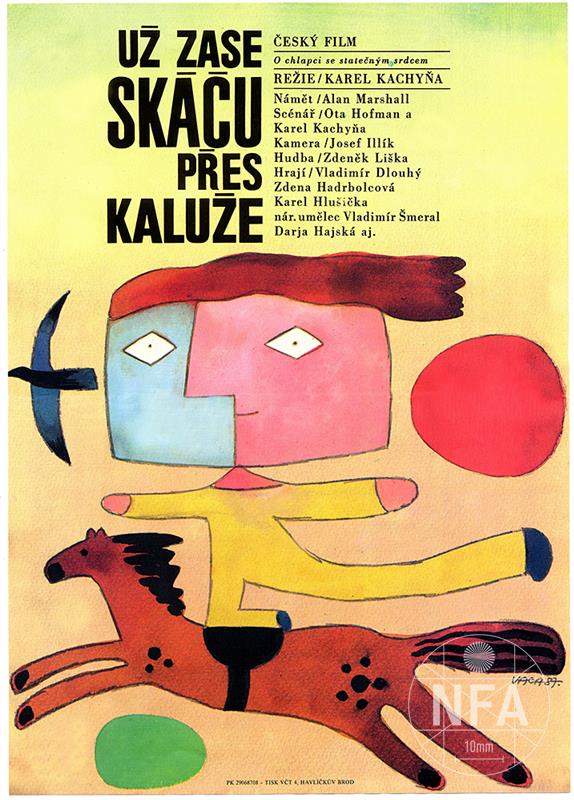 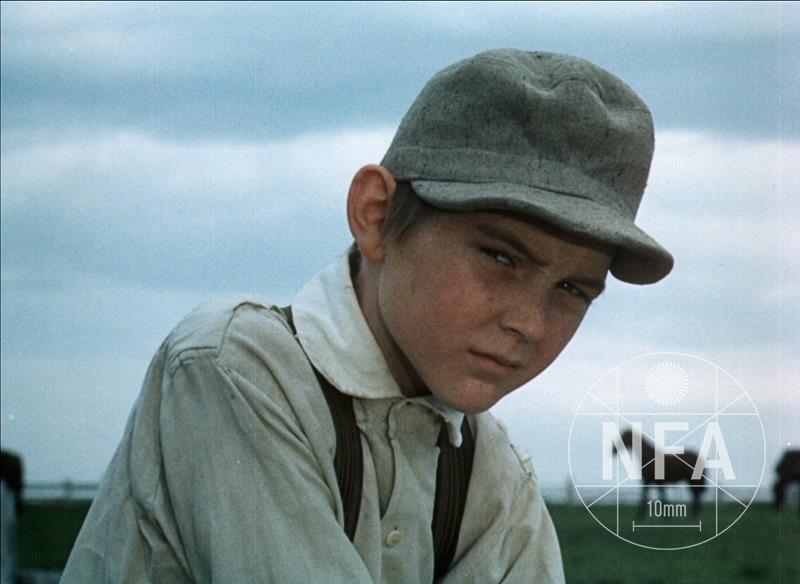 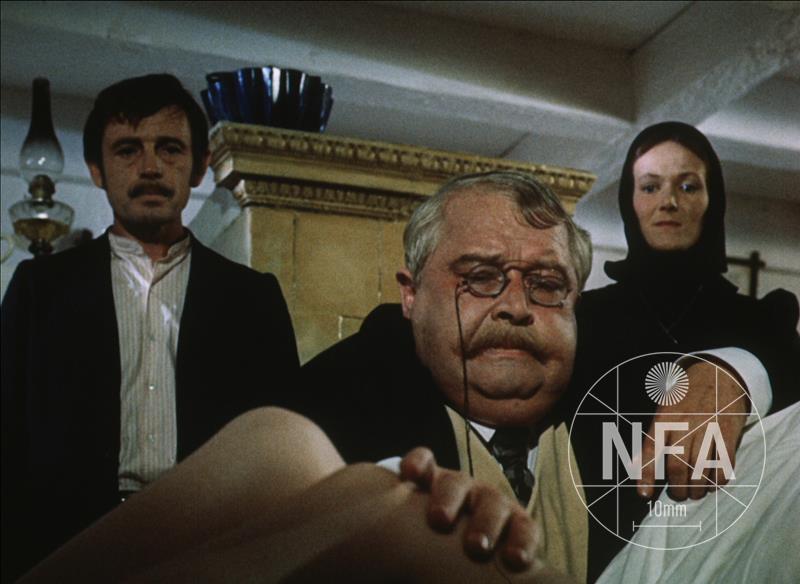 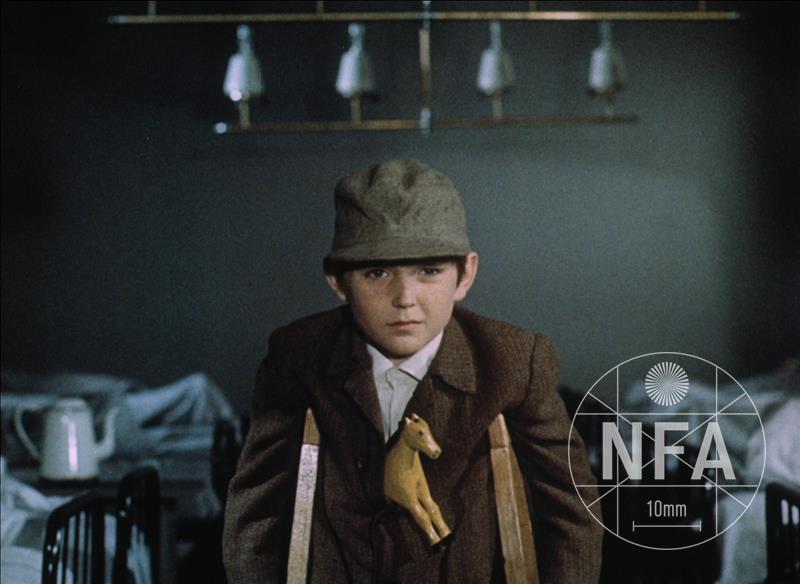 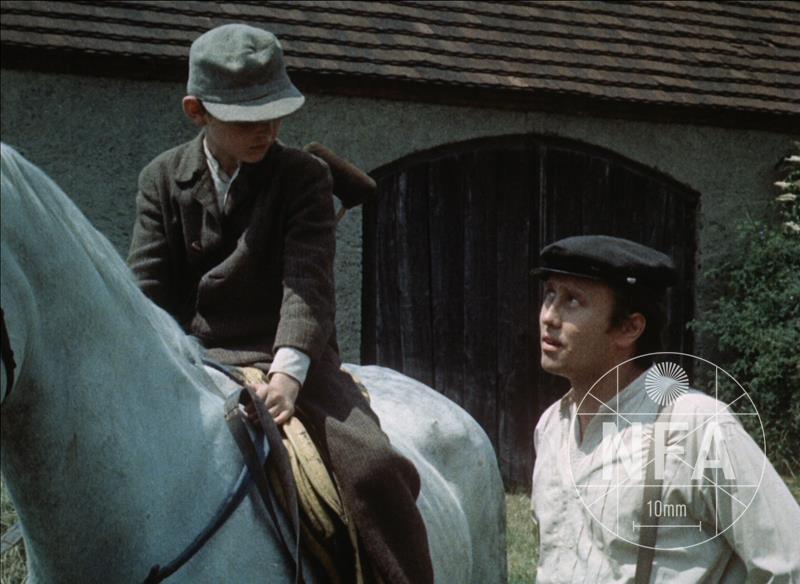