Director Vojtěch Trapl was very much at ease with the post-1968 “normalisation” era storytelling required by Prague's Barrandov film studios. One example is found in this 1975 adaptation of Trapl’s own play. The directing debut of this film industry functionary, maker of instructional films, and opponent of cinema's Czechoslovak New Wave, leaves much to be desired in terms of craftsmanship, but more than makes up for it via its ideological fervour. In a story that takes place in the summer of 1968, state prosecutor Ronešová launches an investigation into an attack by an angry mob on the wife of a local communist. In court, Ronešová succeeds in uncovering the real culprit: a right-wing colleague who deliberately stirred things up... Jiřina Petrovická takes the lead role in this archetypal example of “normalisation” period filmmaking. Trapl would return to the big screen director’s chair two further times – albeit with similar results – via Vítězný lid (The Victorious People, 1977) and Velké přání (The Big Wish, 1981).

A young woman is driven through streets by a furious crowd and just a quick reaction of a driver rescues her from dying under a bus. It is the end of 1968 and the politically stirred time influences people's behaviour and their acting. The prosecuting attorney Olga Ronešová decides to accuse several town inhabitants present on the crime scene of not attempting to stop the crime. She can hardly collect witness and evidence. The crime victim Zorka Balcarová remains in psychiatrists' care. Olga gradually collects a mosaic of social relationships and events preceding the crime. An operating deputy manager Balcar, Zorka's husband is a communist of principle and he hinders many people. He punished workers for their not meeting job duties and their participation in demonstrations by reducing their wages. A journalist Voska filmed the whole tragic incident and after certain reluctance he gives the film to Ronešová. People are, however, filmed from their back and so it cannot be used as evidence. Olga's husband Karel does not stand by her and finally he moves away. Olga's daughter Majka describes the very beginning of the conflict - Balcarová tore down a poster labelling her husband a collaborationist. Voska, himself being sued by Olga, supplies her with the substantial part of the film, where there is Karel among the people. The mutual accusing of the sued at the court results in convicting the main culprit - the right wing lawyer Kahan who purposely provoked the beating and called the police only when it nearly turned into a tragedy.

The role performed by Vladimír Švabík introduces himself at a hearing as Matěj Brebera, at the court they list him as Viktor Brebera. 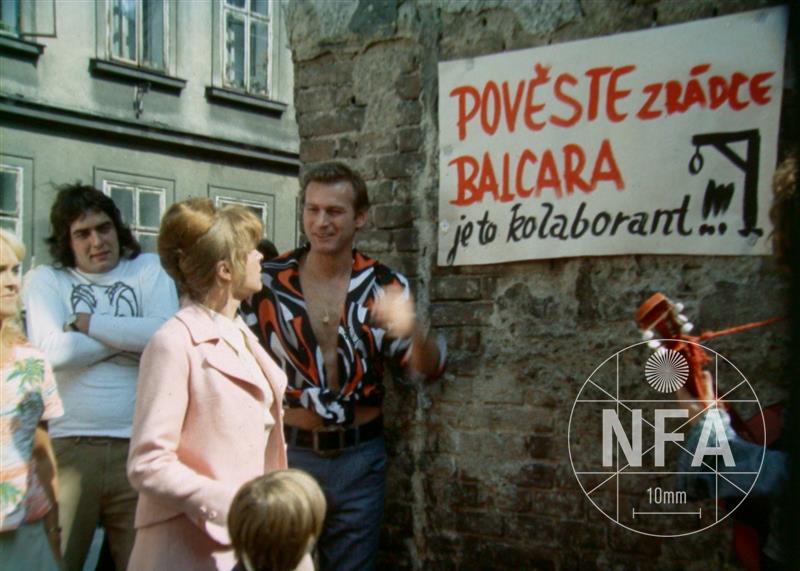 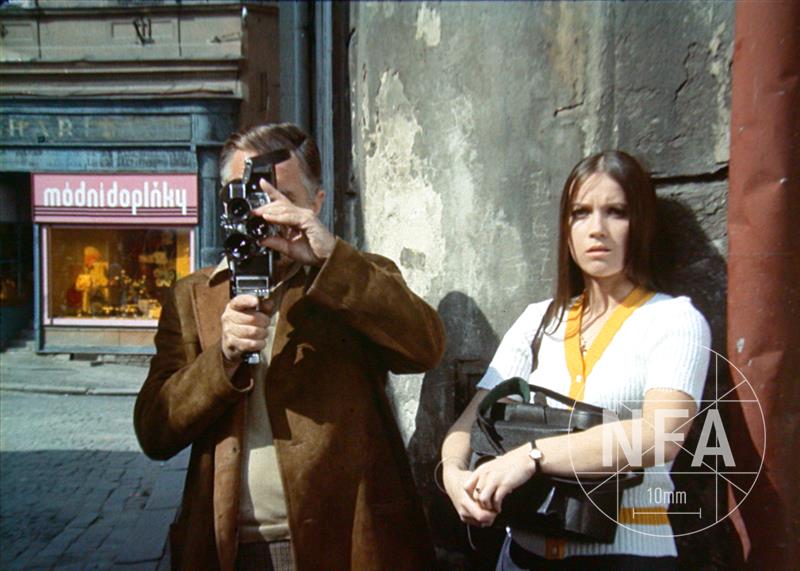 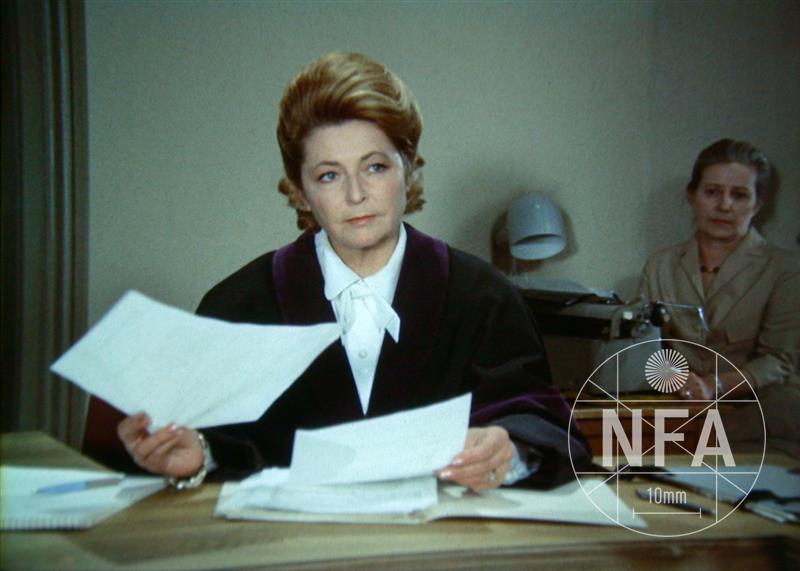