The most acclaimed name in Czechoslovak cinema adaptations of the works of French novelist Jules Verne has long been that of director Karel Zeman. Consequently, when director Ludvík Ráža and screenwriter Ondřej Vogeltanz were in the mid-1970s seeking a Verne adventure story to adapt, they knew they would be working in the shadow of a stack of great movies already produced. Zeman had by that time drawn on source works from the writer to make Vynález zkázy (The Deadly Invention, 1958), Ukradená vzducholoď (The Stolen Airship, 1966) and Na kometě (On the Comet, 1968). These films utilise a combination of live-action and animation, specifically drawing on the style of the original book illustrations. The motion picture that eventually appeared thanks to the endeavours of Ráža and Vogeltanz, Tajemství Ocelového města (The Secret of the Steel Town, 1978), is based on the 1879 Verne novel The Begum's Fortune. The film adaptation takes a loose approach to the source material, focusing on bringing to life a realistic adventure story. Regarded as one of director Ráža’s strongest motion pictures, Tajemství Ocelového města (The Secret of the Steel Town) tells the story of two distant relatives – the doctor Sarrasin and professor Janus, who both take a very different approach to the fortunes they inherit. While the humanitarian Sarrasin uses his funds to build the prosperous city of Fortuna, the power-hungry Janus funds the construction of Steel City, within which the destitute inhabitants must toil in a huge munitions plant. Sarrasin’s son-in-law, the engineer Zodiak, disguises himself in order to gain the confidence of Janus. With the help of the orphan Viktor, he foils the inventor’s nefarious plans to take over Fortuna. This somewhat schematic, anti-war themed film for young audiences is nonetheless highly successful at bringing to life the gloomy atmosphere of Steel City, supposed to serve as an example of the devastating and exploitative capitalistic system. Cinematographer Jan Němeček helps bring the film’s visuals to life, having previously showed his skills in Kdo chce zabít Jessii? (Who Wants to Kill Jessie?, 1966) and Ať žijí duchové! (Long Live the Ghosts!, 1977). Also utilising his expertise is set designer Vladimír Labský, who built multifunctional interiors on Barrandov’s Stage 6 for this film. After alterations, they were later used in films including Panna a netvor (The Virgin and the Monster, 1978), Deváté srdce (The Ninth Heart, 1979) and Kočičí princ (Cat Prince, 1979).

Doctor Sarrasin and his distant relative professor Janus used a huge property, they inherited some time ago, in completely different ways. Sarrasin has built a town of Fortuna for the common good of its citizens; Janus has built a war industrial plant factory in Steel Town, which is a prison for its inhabitants. Sarrasin suspects Janus is going to attack his Fortuna. His liaison man Garmond, who has been working in Steel Town, has not been heard of for more than a year. Sarrasin's son-in-law, technician Zodiak, disguises and sets off to Janus's town where people watched by the police only work and vegetate. Zodiak witnesses a missile crash, after an explosion of which people get immediately frozen. Now he knows what destiny Janus prepares for Fortuna. He also learns that Garmond is dead. However, he succeeds to find Garmond's son Victor who helps him to kill Janus's man Moltke and sends a warning message to Fortuna. As he looks similar to Moltke, he gets employed with Janus where he works on the construction of a huge gun aimed at destroying Fortuna. Janus reveals his identity and has him and Victor arrested. He tells him also the exact time of the attack. Zodiac does not give up. At night he makes balloons, fills them with gas and launches them to carry Victor. Janus gets him arrested into catacombs inside of the Mount of Kyklop, where the gun is placed. Exhausted Victor brings the message just a few minutes before the time of the expected attack. However, an explosion bursts out over Steel Town. This was the gun which Janus overloaded by 20 per cent. Sarrasin invades Janus's town in a few days and finds his son-in-law alive and Janus and his companions frozen. Sarrasin is an heir of Steel Town. Victor finds his new home in the Zodiak's family.

The studio dressing originally created by the architect Vladimír Labský for the films The Ninth Heart, Virgin and the Monster and Cat Prince were partly used in this film. 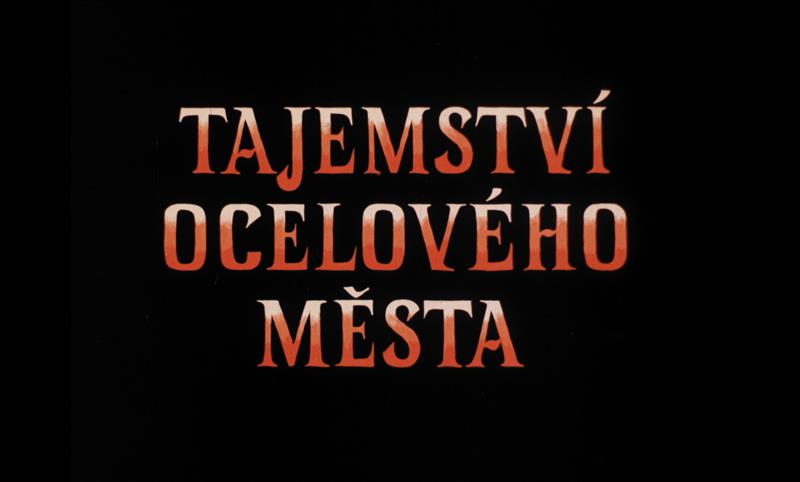 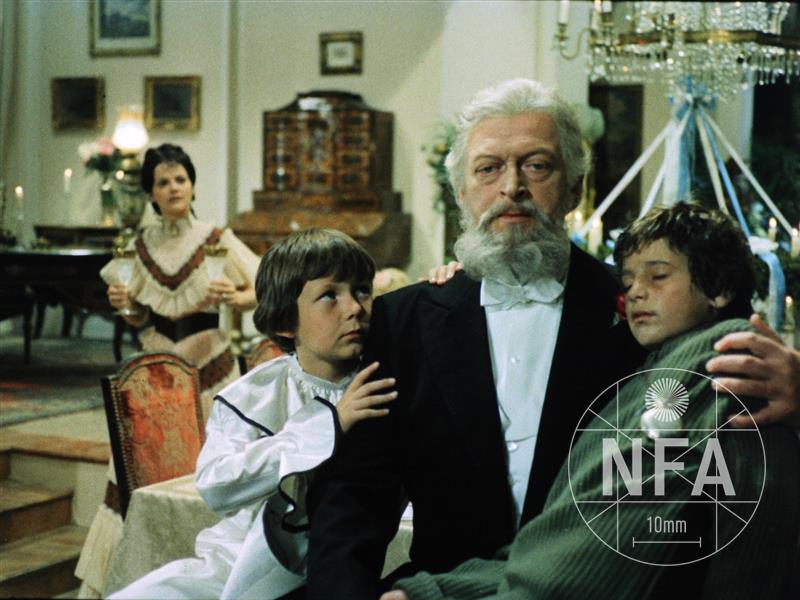 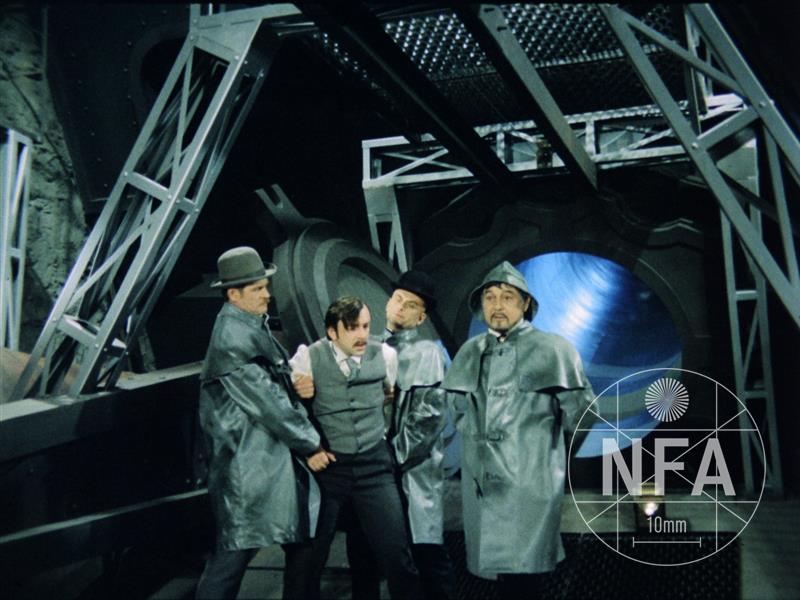 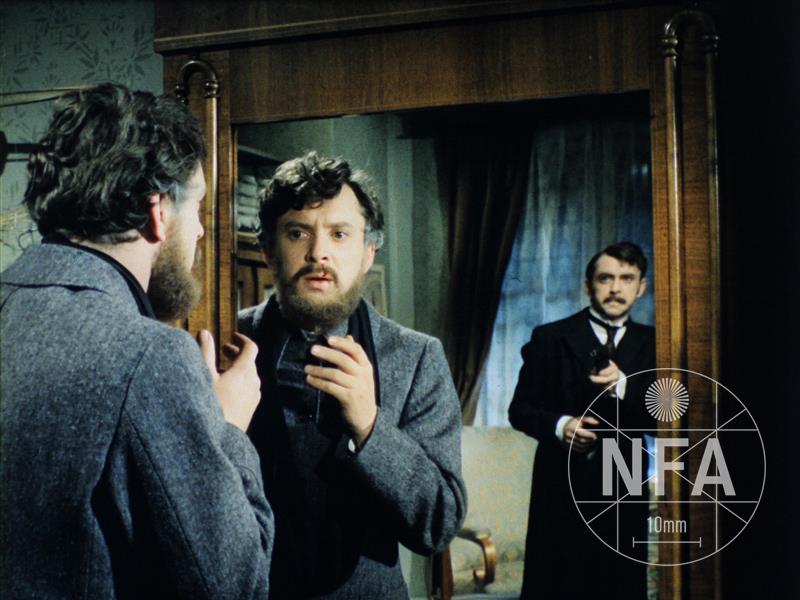 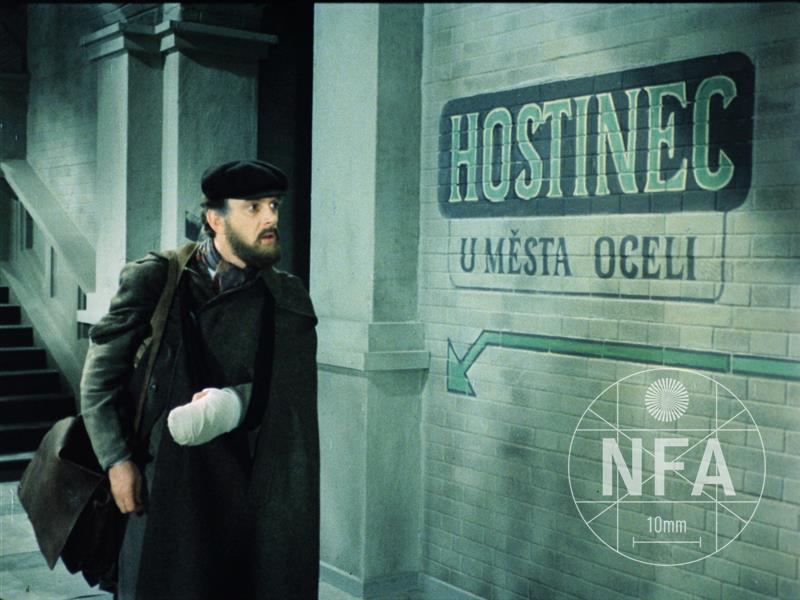