Directed by Martin Hollý, Signum laudis (1980) is a drama set during the First World War, whose central protagonist is a fanatical commander who has no qualms about sending his soldiers off to die in the name of victory for the Austro-Hungarian Empire. Corporal Hoferik is even decorated with the Signum laudis, the Austrian Military Medal of Merit. Decorated or not, the corporal’s subordinates despise Hoferik – and when push comes to shove, the corporal’s superiors begin to feel the same way, preferring to end the desperate situation of the troops on the Russian front via a timely surrender. But capitulation is intolerable for the corporal. And so the only path towards surrender and capture by the enemy is through the death of Hoferika, who is completely mystified about why he has been subjected to a court martial… Screenwriter Jiří Křižan (along with Vladimír Kalina, who devised the story) played a major part in ensuring the success of this psychological drama, replete with the theme of futile obsession about a perceived military “mission”. Asides from this work, Křižan’s 1970s filmography is also dominated by Stíny horkého léta (Shadows of a Hot Summer, 1977) directed by František Vláčil. Featuring a terrific leading performance from Slovak actor Vlado Müller, Signum laudis was awarded the Grand Prize at the Karlovy Vary Film Festival. Despite the film’s subtext being critical of the authoritarian regime of the time, screenwriter Křižan was nonetheless nominated for the Klement Gottwald State Award. But the writer ultimately declined this award, because it was named after a man who had signed his father’s death sentence. This gesture inevitably meant that the screenwriter was blocked from future work at Prague's Barrandov film studios, but he was able to have scripts filmed at Gottwaldov Film Studios (today Zlín) and in Slovakia. Křižan also collaborated with director Martin Hollý on Mrtví učia živých (The Dead Teach the Living, 1983) and Tichá bolest (Silent Pain, 1990). Despite the film being a cooperation between Barrandov and Slovakia’s Bratislava Film Studios, it is primarily Czech actors that appear in Signum laudis. Josef Bláha plays commander König, Ilja Prachař the would-be general Berger, and Radovan Lukavský general Gross.

On the battlefield of the Russian front during the World War I a heavy battle is going on. The command after the killed officers is taken over by Corporal Hoferik who pushes the offensive despite vast casualty. After the offensive is over the regiment is withdrawn to the rear just behind the front line. The fanatic Corporal, convinced that he is fulfilling the commands of his superiors, demands the soldiers perform all the time absurd activities. The soldiers hate him for his eagerness. The Regiment Commander Ziegler awaits with fear a visit of the staff headed with a new unable chief, General Berger with whom he does not have good relations. Berger comes with the old General Gross, Adjutant Kostolány, Colonel Reznitzek and the war reporter Wimmer. These men do not know much about the life at the front. Berger hands over to Hoferik a prestigious decoration Signum laudis. The Corporal is very happy, he gets drunk and he offers brandy to his soldiers. But they don't want to drink with him. The following day is the farm where the troop is sitting, surrounded by the enemy. Following Hoferik's advice Berger sends the regiment to the battle and nearly the entire regiment is decimated. The staff with couple of remaining soldiers try to escape without being noticed. On the march it is Hoferik who makes most decisions. General Gross is killed in a sudden skirmish. After a tiresome journey through a swamp where Corporal shouts even on his superiors, they find a shelter in a derelict arbour where they overnight. In the morning the officers decide to surrender. The only obstacle is the fanatic Hoferik. They prepare a martial court to get rid of Hoferik. They accuse the Corporal of the death of Gross and other soldiers and they sentence him to death penalty. Hoferik who does not understand anything is shot. In another unnecessary fight the remaining soldiers lose their lives. The Austrian-Hungarian officers are walking over a green meadow, one of them is carrying a white handkerchief on a club. 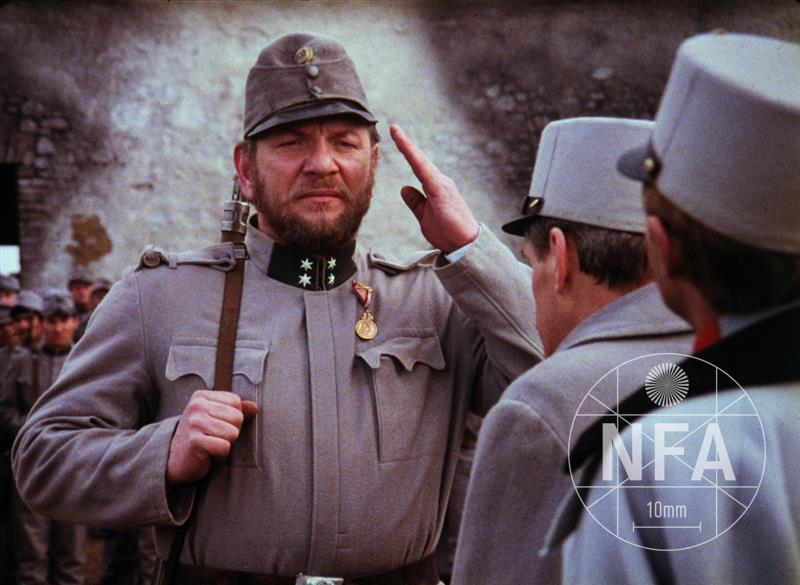 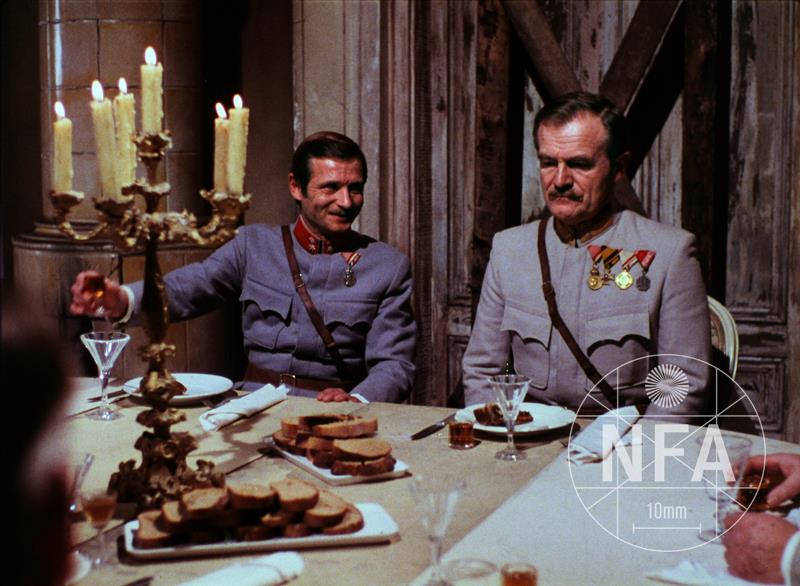 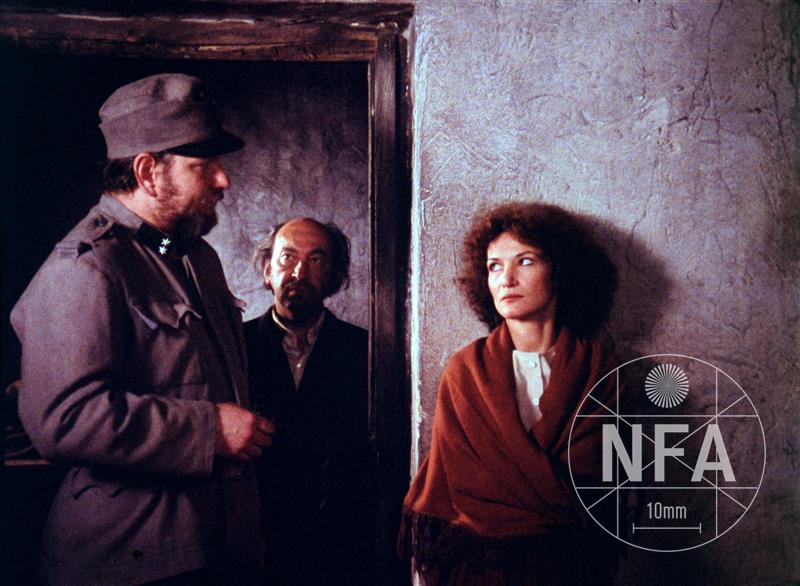