Juraj Herz’s filmography is rich with horror stories. But many of the director’s non-horror films also contain elements of fear and terror, for example Spalovač mrtvol (The Cremator, 1968), the romance Morgiana (Morgiana, 1972), the fairytales Deváté srdce (The Ninth Heart, 1978), Panna a netvor (The Virgin and the Monster, 1978) and the drama Pasáž (Passage, 1996). Furthermore, Upír z Feratu (The Vampire of Ferato, 1981) is more of a science-fiction film than a horror, founded around many irrational elements. The story is centred on the Ferat racing car, which runs on human blood. Based on the story Upír po dvaceti letech (A Vampire Twenty Years On) by author Josef Nesvadba (this author has provided the inspiration for many Czechoslovak films), director Herz and screenwriter Jan Fleischer adapted the work into an archetypal drama about the self-destructive nature of human obsession. Such themes have attracted Herz since his short film debut Sběrné surovosti (Cruelties of Life, 1965). The protagonist of The Vampire of Ferato is Mima Veberová, who satiates her love of high-speed driving via her job as an ambulance driver, racing with Doctor Marek to the scenes of countless accidents. But while at a racing rally, and on hire to foreign firm Ferat, Mima is changed by a meeting with an old acquaintance, trainer Kříž, and a former competitor, racer Luisa. While Mima falls under the spell of the winning bloodsucking vehicle, Doctor Marek tries to save her and unveil the nefarious goings-on at Ferat. This stylised film bubbles with a horror-like atmosphere in part thanks to cinematographer Richard Valenta and composer Petr Hapka – the two components fuse perfectly during the film’s racing scenes, and also during Marek’s horrific nightmares. The leading roles go to Jiří Menzel (Marek) and Dagmar Veškrnová (Mima), the latter having been cast by Herz in his previous Holky z porcelánu (Girls from a Porcelain Factory, 1974) and Holka na zabití (A Girl to Be Killed, 1975). Trainer Kříž is played by Petr Čepek, whose expressive acting style was previously in evidence in Herz’s Petrolejové lampy (Oil Lamps, 1971). The director himself has a small cameo in the film as a vampire in a silent film, reminding audiences that the car firm Ferat is a deliberate evocation of the horror classic Nosferatu, Eine Symphonie des Grauens (1922). Yet the real star of the film is the car itself, designed by Theodor Pištěk (also responsible for the film titles and costume design). The vehicle is an adaptation of the never-produced prototype Škoda Supersport 724.

An ambulance driver Mima always drives rather swiftly. However, one day, while taking Doctor Marek to see a patient, she is inconsiderately overtaken by a black sports car. The patient's address does not actually exist and the ambulance thus returns. Mima and the doctor are pulled up by the attractive driver of the sports car - the racing Luisa Tomáová - who asks Marek for a consultation. While the doctor is examining a bruise on the sole of her foot, Mima sits in her car and is confused by the odd shape of the accelerator pedal. Luisa is training for the national rally with a foreign car, a Ferat. On her way back, she has a car accident and Marek is chased away from the dying woman by the crew of the Ferat company who have their own ambulance. Mima meets her long-time acquaintance, a former car racer and now coach named Kří. Marek finds out in the hospital that Luisa died; her body, however, is not in the mortuary. The doctor is contacted by a nutty natural scientist Kaplan who tells him that the Ferat car contains a biological motor running on human blood. In the morgue, Marek meets Klára who is reportedly the sister of the dead Luisa. Mima is engaged by the Ferat company owner, madam Ferat - a mondaine and cold woman - as a racer. Marek has vivid dreams full of blood and gulping machines. He tries to save Mima, who he loves platonically, and constantly protests to the Ferat company. He has no idea that he is being filmed by a hidden camera and that the company uses the outcomes for its unscrupulous advertising campaign. The company's sales increase both due to scandals and a deceitful victory at the rally. The company leaves the country. It fires Mima who replaced the seemingly dead but in fact only enfeebled Luisa-Klára. Kří, too, lost his job and betrays to Marek his part in the negative but effective advertising. Mima's great desire to race nevertheless makes her secretly leave with the Ferat car and she, exhausted, collapses behind the wheel after a fast drive.

In April 1971, a sport coupé Škoda Supersport 724 was built in Kvasiny. It had a fibreglass car body, the supporting floor and an auxiliary frame from the racing Škoda 110, as well as six tipping floodlights, light alloy wheels and back folding front glass, roof and door.The prototype´s speed was up to 205 kilometres per hour. It attrected attention at the 1972 Brussels car show but its production was never launched. It at least played the title role in this movie, repainted black and with a giant wing. 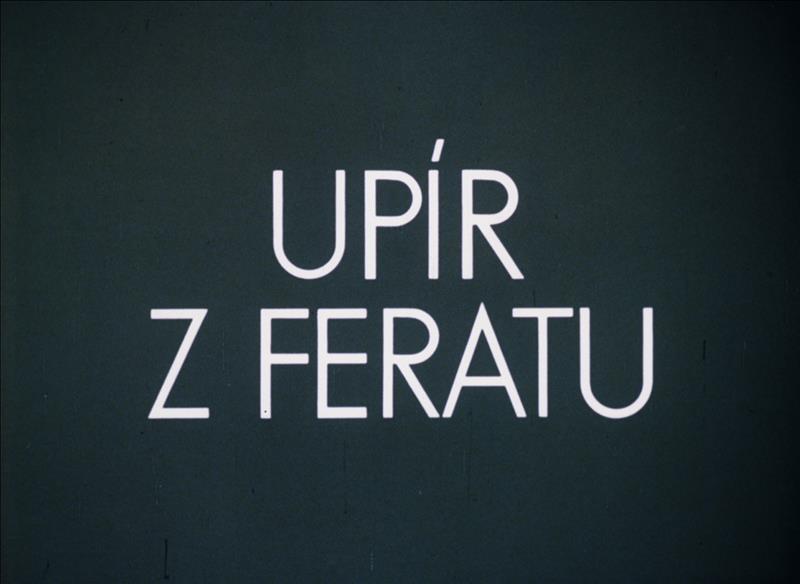 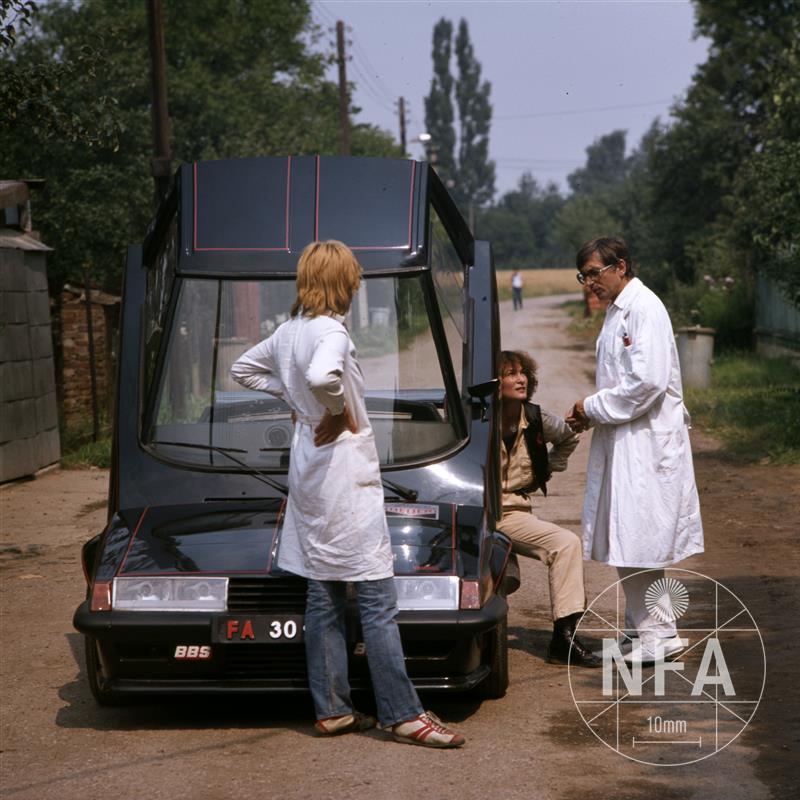 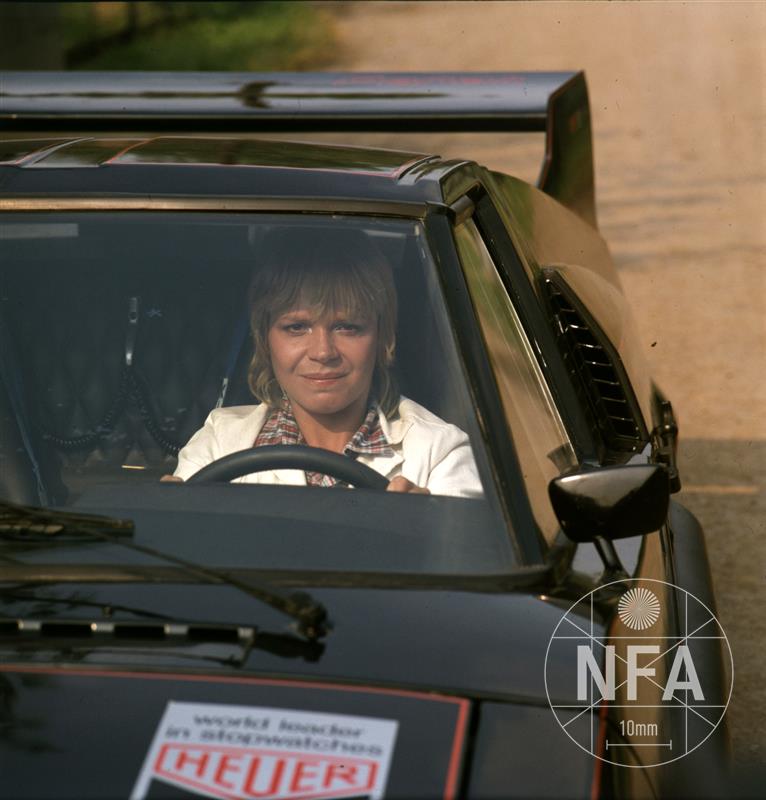 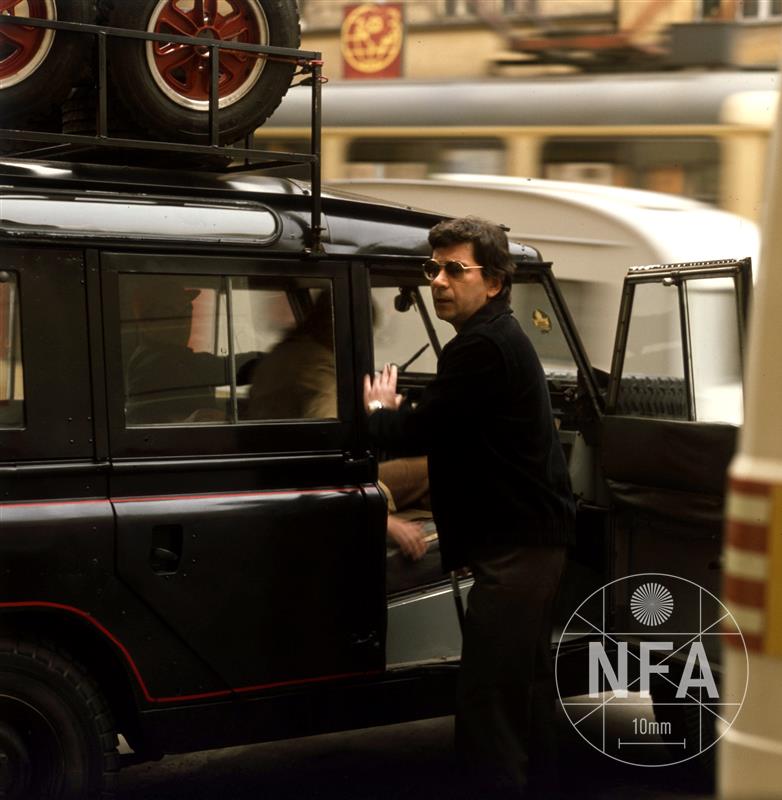 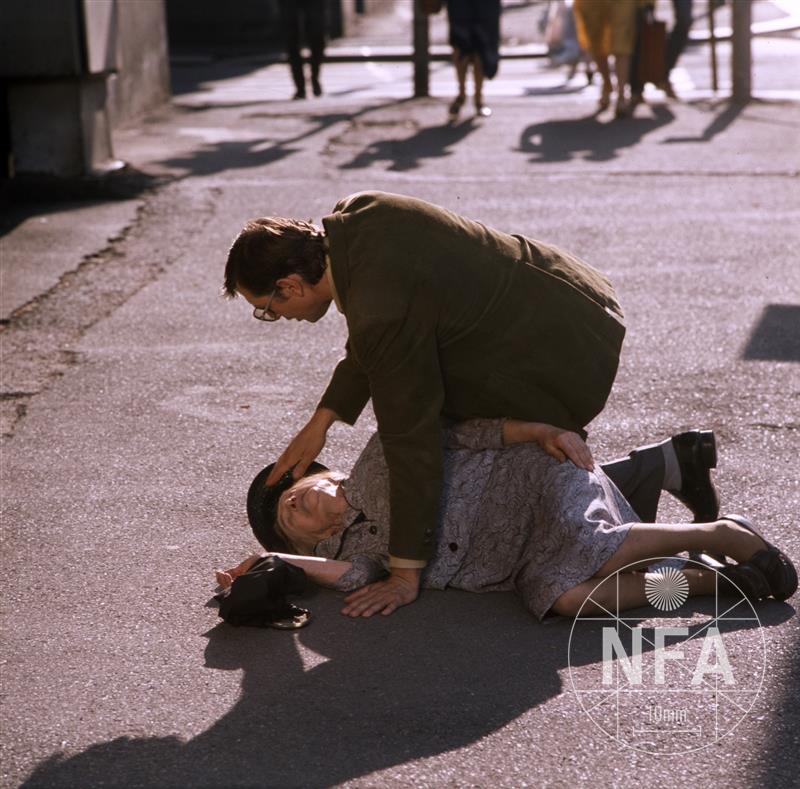