In 1983, the fledgling director Zdeněk Troška brought two successful feature films to cinemas – the light-hearted summer movie Slunce seno jahody (Sun, Hay and Strawberries) and the school comedy Bota jménem Melichar (Melichar the Boot). The screenwriter for Troška’s full-length debut was Jana Knitlová, who had enjoyed success three years previously with the script for Věra Plívová-Šimková’s family comedy Krakonoš a lyžníci (Giant and Skiers, 1980). The protagonists of Melichar the Boot are also children – who experience a number of more or less amusing incidents with their parents and teachers. Little Honzík dreams about coming up with the right strategy that will take him back to his beloved kindergarten, while his older sister Jolanka is painfully enduring her first puppy love as well as an unfair accusation that she has stolen a pair of swanky shoes. The young teacher, Ms Adamová, has to contend with an obdurate janitor as well as the rigours of a new campus, which forces everyone to constantly change their footwear. A light detective story concerning the hunt for an unknown criminal who is stealing shoes and vamps frames an episodic narrative full of lively and colourful characters. This unpretentious, tastefully entertaining film portrays school as an idyllic and cheerful environment that is encumbered by external complications – whether they be a cunning thief or an architect who has dreamed up an experimental school campus without paying any heed to the needs of its users. David Rauch as Jolanka’s love-interest and Martin Šotola as the inquisitive Honzík are captivating in the lead roles in this timeless family film. The movie’s sunny atmosphere is augmented by songs from the contemporary duo Petr Kotvald and Stanislav Hložek – particularly the cult hit Holky z naší školky (The Girls from Our School). Melichar the Boot stands out as an exception in the oeuvre of the populist, audience-friendly Zdeněk Troška, pleasing both audiences and film critics of that era alike.

After the summer holidays, schoolchildren return to their modern elementary school formed by several pavilions. Among them are the first-former Honzík and his sister Jolanka, studying in the eighth grade. Honzík feels betrayed that his best friend David stayed in the kindergarten, and he compensates his disappointment on the little Jana - a diligent and a "bit of a tell-tale" schoolmate whom he nicknames Big Nose. The pupils of the eighth grade, especially Jolanka and her friend Radka, are mesmerized by Radim Dochleba from the ninth grade who constantly utters witty and funny comments. His girl schoolmates have long been thinking of older wooers, mainly the mondaine Lamková. The new class-teacher in the ninth grade, Adamová, fights her uncertainty of a beginner. The school is inappropriately projected, and the children have to pass from building to building during the breaks and have to change their shoes all the time. Coats begin to disappear from the cloakrooms and teachers must keep locking the door. Honzík thus once gets locked out. When the exemplary Janička warns him that he may flunk, the boy views it as a good opportunity to return to the kindergarten and be with David. The classroom comedian Radim wins the affection of both Adamová and the pretty Jolanka. A crying girl to whom only one shoe signed Melichar was left over in the cloakroom, inspires Radim to "christen" the shoes of his schoolmates. Lamková's widely admired, luxurious silver ladies' boots receive the name Candlemas. The bright Honzík spots an elderly woman with a bag on wheels in the school. Jolanka secretly tries the Candlemas shoes on. But she does not manage to return them and must hide them hastily. More coats are stolen and the luxurious shoes are missing with them. Radim catches Jolanka returning the shoes and the girl takes his ironical comment amiss. Honzík tells Radim about the suspicious woman whom he saw passing through the school grounds several times. When he later glimpses her from the window, he runs away from the classroom and tries to stop her. During the wrestle with the woman, who really is the thief, he is helped by Janička the Big Nose, and the two thus become friends. Also Radim and Jolanka reconcile.

The original script by Jana Knitlová about a school which was badly projected and must undergo constant repairs was much more critical. The director Vošmiková to whom the script was offered, verified with the Communist Party leadership and the director of the Czechoslovak Film whether the script was not politically incorrect. The ensuing scandal resulted in a rewriting of the script and the director Troška received his first independent commission with the instruction that the final film must be a jolly, nonproblematic comedy. 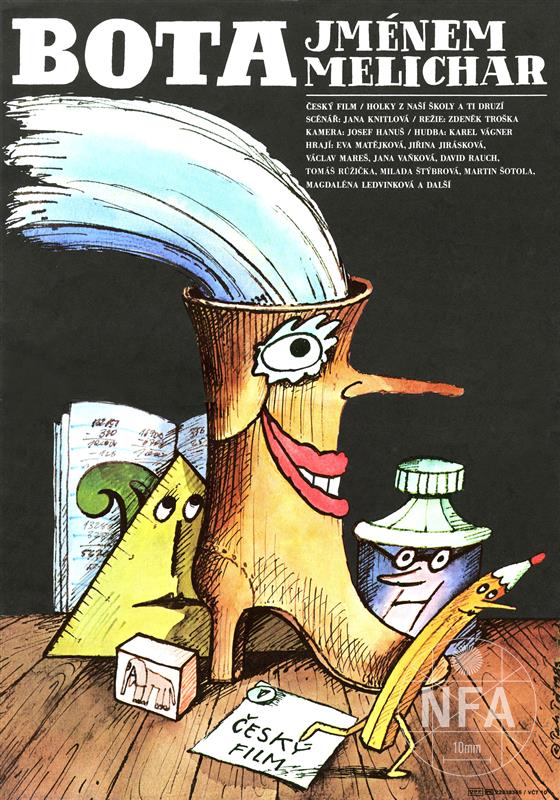 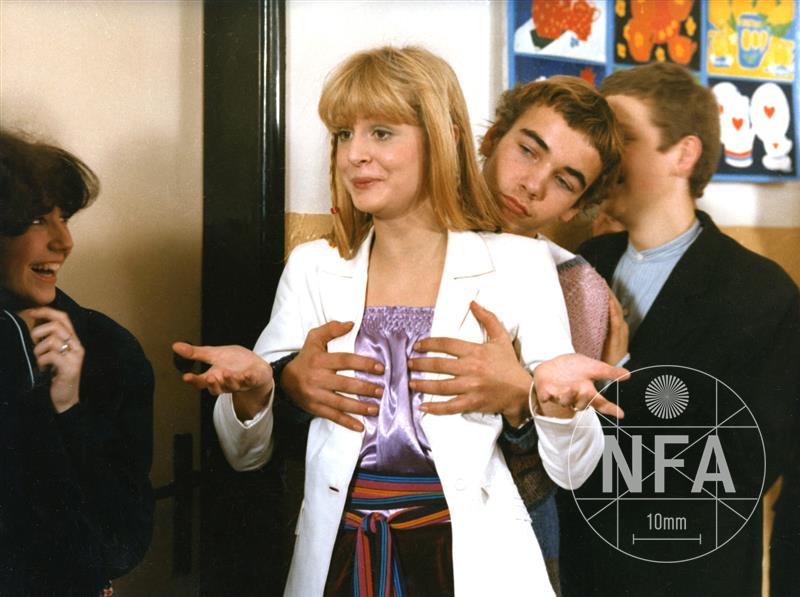 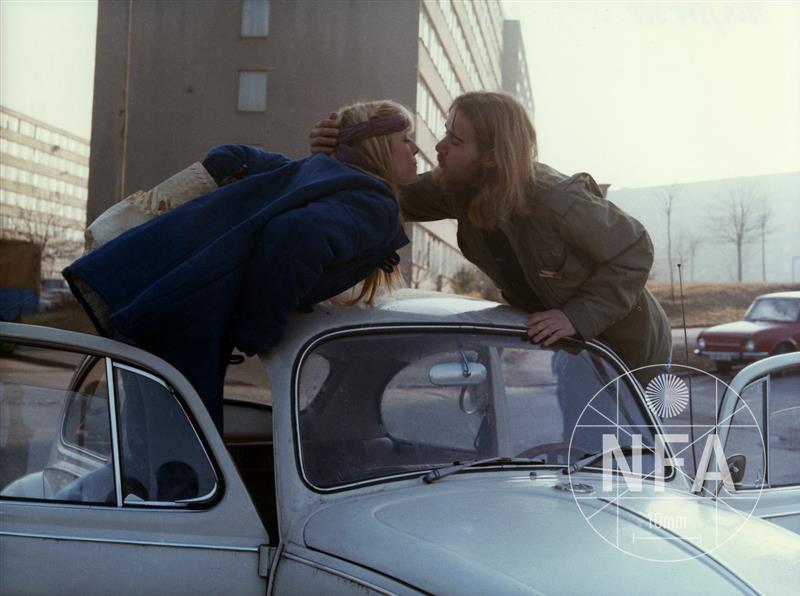 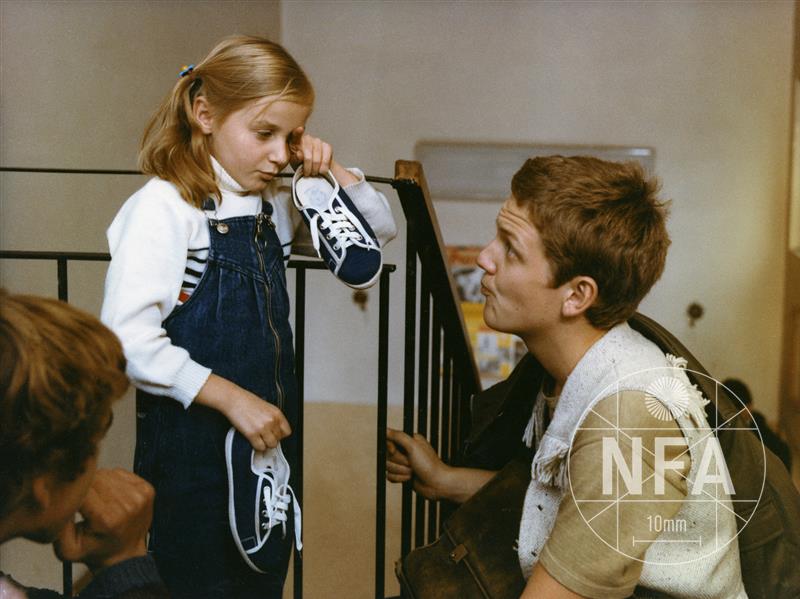