Thanks to its two leading creative lights – Zdeňek Svěrák and Ladislav Smoljak – during the 1980s, Prague’s Divadlo Járy Cimrman theatre group ended up mounting three “Cimrman-esque“ feature films. The faux-biography Jára Cimrman ležící, spící (Jára Cimrman, Lying Asleep, 1983), detective comedy Rozpuštěný a vypuštěný (Dissolved and Discharged, 1984) and the tragicomedy about the goings-on in a small theatre group Nejistá sezóna (Uncertain Season, 1987). Together, these offer the embodiment of the very Czech phenomenon – a fictional genius of all stripes and talents. The film, in which Smoljak serves as co-writer and director, and Svěrák as co-writer, makes use of numerous motifs from the Cimrman theatrical plays, primarily from the detective comedy Vražda v salónním coupé (Murder in a Parlour Car Compartment, 1970) which, like many plays in this group, also features a section with a formal report presenting the life of Jára Cimrman. Rozpuštěný a vypuštěný (Dissolved and Discharged) works independently of the figure of Cimrman. The lead character in the film is Prague police inspector Trachta (Jiří Zahajský), who along with young apprentice Hlaváček (Marek Brodský) sets out to investigate the premeditated murder of factory owner Bierhanzl. He has literally disappeared without a trace: evidently his body was dissolved in a bathtub, with the remains then simply washed down the drain. The circle of the accused gradually begins to narrow to the victims of one of Bierhanzl’s patents – an anti-baldness lotion, which, in reality, causes total baldness. But the story is not merely about a resolute murderer and vengeance-minded customers. It is also about Trachta’s conceited criminalistics rival Klečka. Many renowned actors appear in this sophisticated comedy, including Rudolf Hrušínský, Petr Čepek, Josef Abrhám and Vlastimil Brodský. But members of the Divadlo Járy Cimrmana theatre also appear in multiple smaller roles. For example, Zdeněk Svěrák plays industrial poet Jelínek in this timeless comedy film. Additionally, Ladislav Smoljak has a cameo as a postman, while Jaroslav Weigel appears as the cobbler Pecháček. The Cimrman theatre group makes do without any females (women characters are portrayed by men), but in the film version the fairer sex is represented by Veronika Jeníková and Valerie Zawadská.

Police inspector Trachta, famed for employing unusual investigation tricks, is withdrawn from investigating the case of a missing factory owner, Bierhanzl, by the police director and the case is entrusted to the arrogant Klečka. Trachta and his intern Hlaváček are only left with looking for a thief who robbed the shoemaker Pecháček. They, however, soon return to the factory owner's case because Klečka was attacked in the magnate's villa. Trachta questions all the witnesses from the villa. The poet Jelínek tells him that Bierhanzl locked himself in a bathroom after visiting a dentist and was probably dissolved and discharged there. The objects found in the bathtub later prove that this has indeed happened. One of the witnesses is the magnate's heir, Arnošt Sýkorka, and Trachta opines that he has finally found the culprit. But everybody convinces him to continue the investigation, and he thus learns that Bierhanzl was producing a baldness ointment. New findings lead the investigators to a hat maker and to the sanatorium run by Professor Žalud, where several of Bierhanzl's customers ended up after finding that the ointment stripped them of the rest of their hair. They also discover a duck farm near the sanatorium where Bierhanzl purchased eggs to produce his ointment. Another lead takes them to the clinic of the dentist Krejza, where they find the factory owner with his head half bald. Krejza thus revenged himself for losing all his hair. Before, he helped Bierhanzl and Žalud with removing the victims of Bierhanzl's product. The repentent Bierhanzl warns Trachta against Žalud. And indeed – a motorcoach without tyres full of bald patients stands on rails and a train is rushing against it. The virtuoso shots of the gamekeeper Hlaváček, the intern's father, puts the train into reverse. Trachta and his assistants succeed in arresting all the scoundrels and also the thief who had stolen from the shoemaker Pecháček. Hlaváček wants to celebrate the success with Trachta in a candy store, but Trachta shows him a newspaper which only mentions Klečka. This fulfilled Trachta's strong belief: "The world is such that some plough and harrow while others just harvest. 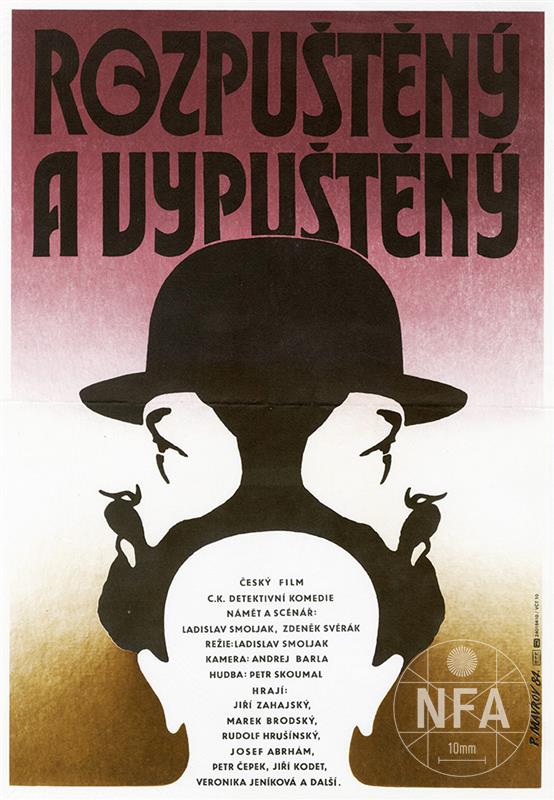 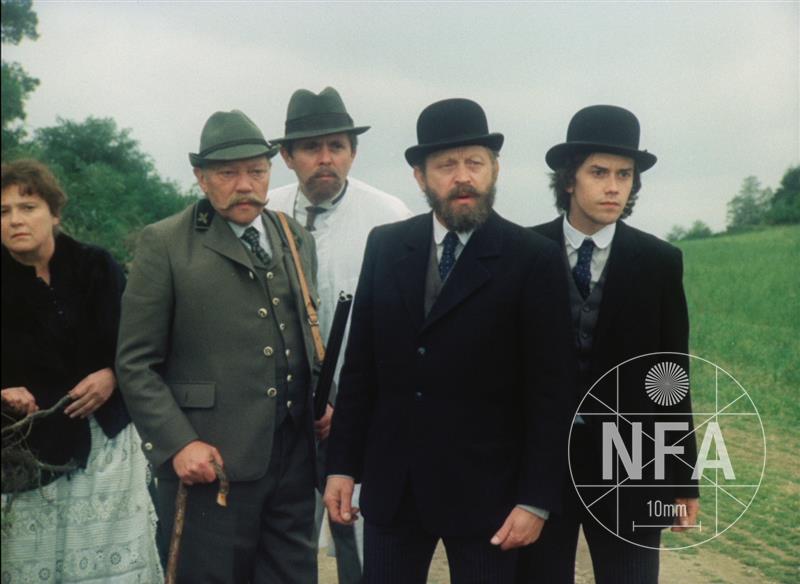 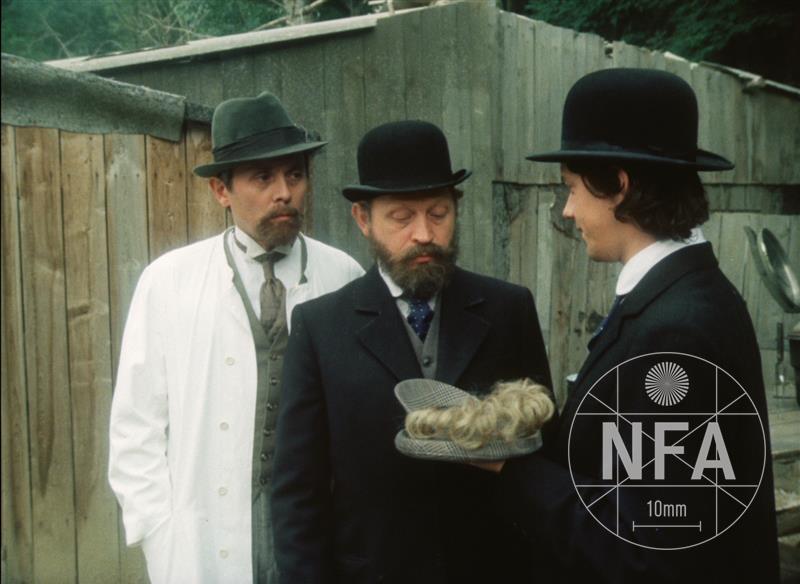 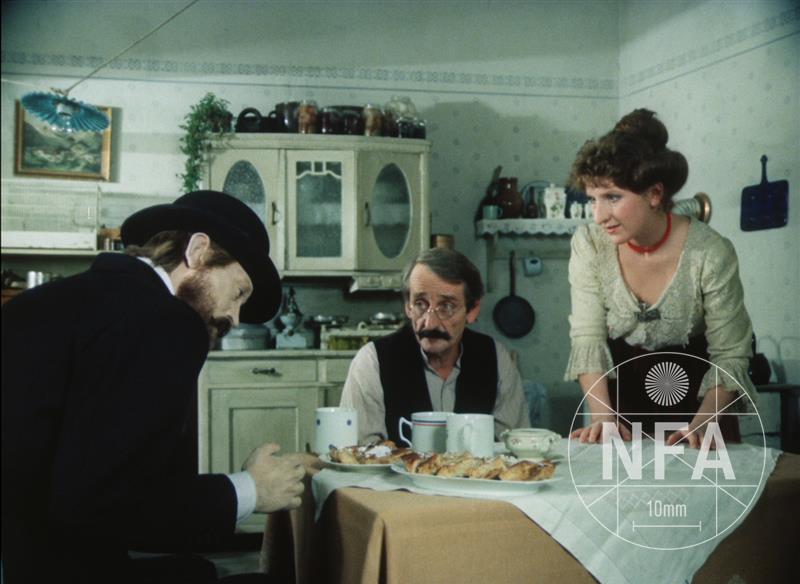 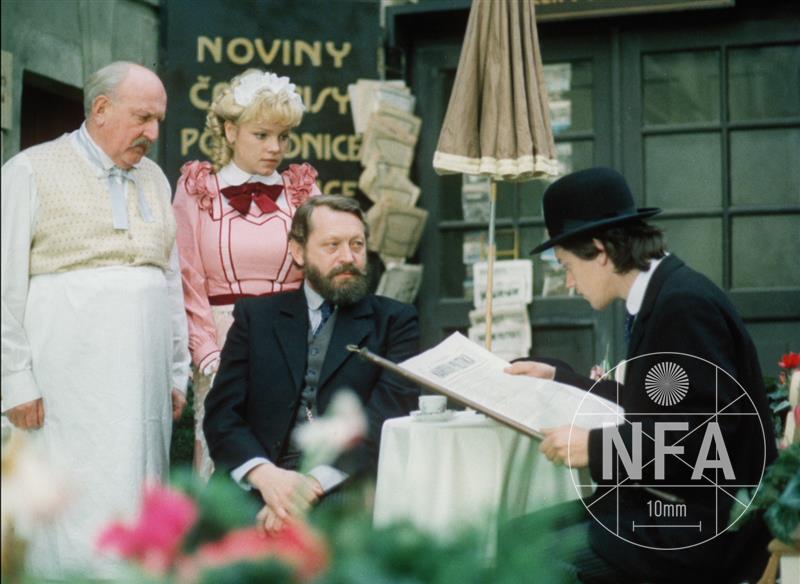