Collaborations between renowned director Věra Chytilová and favourite actor Boleslav Polívka saw the hatching of three outstanding feature films: the story of a young railwayman Kalamita (Calamity, 1981), the tragicomedy Šašek a královna (The Clown and the Queen, 1987) and the yokel-comedy Dědictví aneb Kurvahošigutntág (The Inheritance or Fuck off, Boys, Guten Tag, 1992). Polívka also acted in two of the director’s final films Vyhnání z ráje (Expulsion from Paradise, 2001) and Hezké chvilky bez záruky (Pleasant Moments, 2006). However, when it came to authorship, his main contribution was to creating Šašek a královna , the feature which emerged as a remake of his eponymous theatrical play. The popular play, staged at the Brno theatre Divadlo Husa na provázku (The Goose On the String Theatre), depicts the efforts of a medieval jester to entertain a despotic and bored queen. However, in the film the impressive theatrical allegory about how an artist relates to power serves only as a basis for the dreams imagined by the lonely castle custodian Jaryn Slach. The castle is visited by a rich elderly German accompanied by his spouse Regina, who it turns out is indistinguishable from Slach’s dream lover. The foreigner does not recall any “common history”, but out of boredom she agrees to play a game similar to that which the dream queen plays with her jester. The distinction between the dreams and reality begins to fade: miserable “jester” Slach once again becomes the victim of a capricious woman who plays with his feelings and life… In terms of form, Chytilová’s feature functions as a collage, though in some of the scenes the original theatrical stylisation of Polívka’s performance is held to (the author acted as an assistant director during a recording of the performance in 1985). The contemporary framework offers the director another opportunity to tell the story of the tricky, tragicomic relations between men and women. But the point of view provided by the male character (brought to the narration by Polívka as an author) provides new possibilities for interpreting what is one of Chytilová’s most crucial themes. The leading role was assumed by Polívka, while the part of the queen is played – as in the theatrical production – by Chantal Poullain. Director’s favourite Jiří Kodet appears as Regina’s alienated “royal” partner.

Jaryn Slach works as a caretaker at a dilapidated medieval castle. He often abandons reality in his dreams, living a second life in the distant past. In it, he is the clown of a beautiful queen, a Frenchwoman who is vagarious, cruel, hateful to her old husband, life and the entire world. A special emotion, however, ties her to the clown who loves her. After returning to reality, Slach learns in a pub about the arrival of a West-German customer who has paid for shooting a deer. Slach does not like this – he loves animals. The German arrives with his wife, Regina, who looks exactly the same as the queen from Slach's dream. Before Slach can wander into the past again, he reads about the clown's sad ending in an old chronicle. Regina is bored at the castle and thus spends her time with Slach, one moment as Regina, the next as the queen. Slach is convinced that Regina is indeed the queen, but he is not sure whether the woman knows about it. The foreigners are getting ready to depart and say goodbye to the villagers in the pub. Slach, made-up, performs tricks for them with a scythe which he used to do as the clown, too. Regina forces him to repeat a death scene over and over. As soon as Slach appears with her dummy, she acts as if she has recalled her past. She follows Slach in a car and bumps into him. Then she gets out of the car as the queen and picks up the clown's head from the ground. Slach wakes up and welcomes new guests: Mr Kaiser and his paralysed wife. They both look like the previous visitors as well as the king and the queen. Slach pushes the woman in her wheelchair to the castle and the pleasant woman notes that he reminds her of somebody. 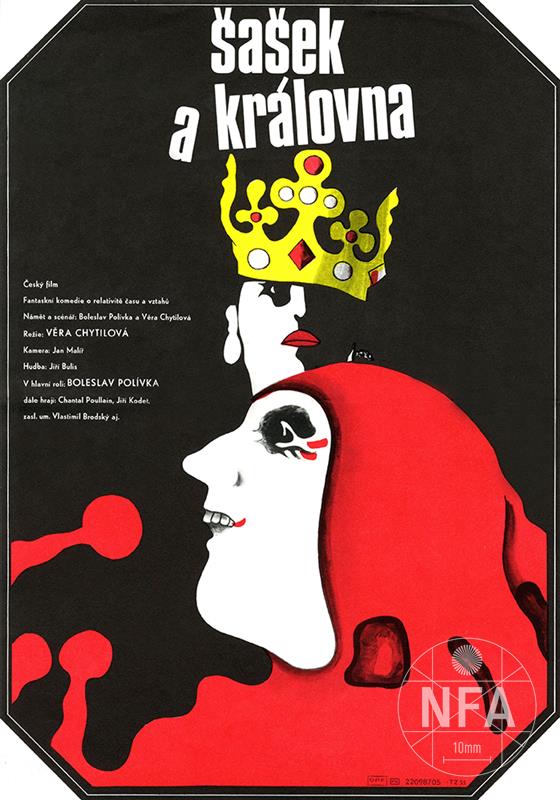 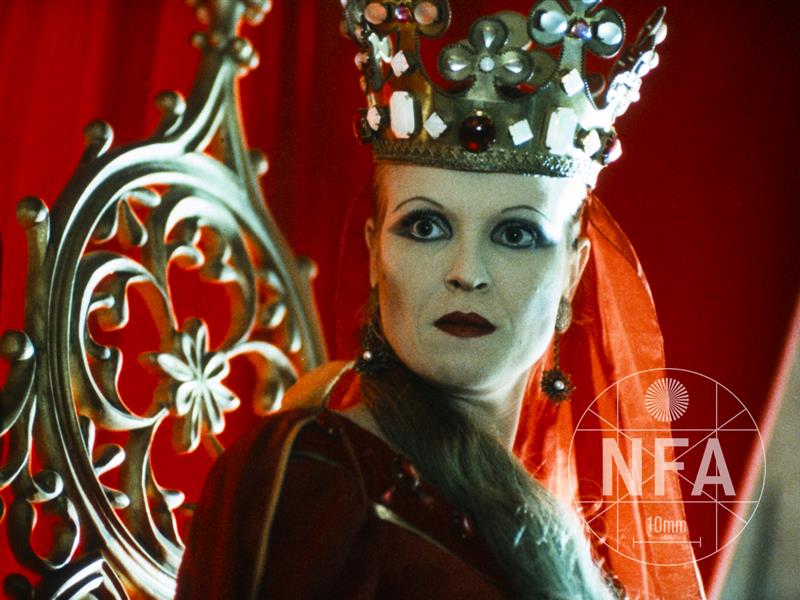 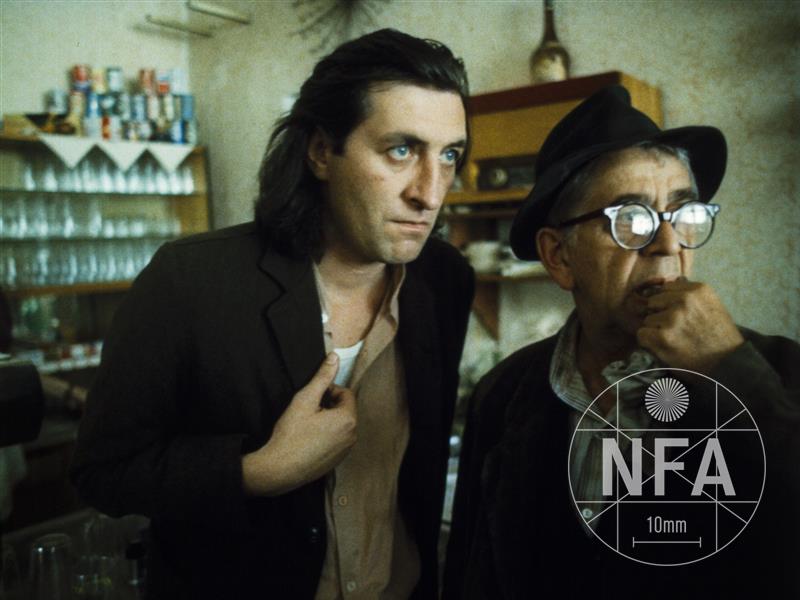 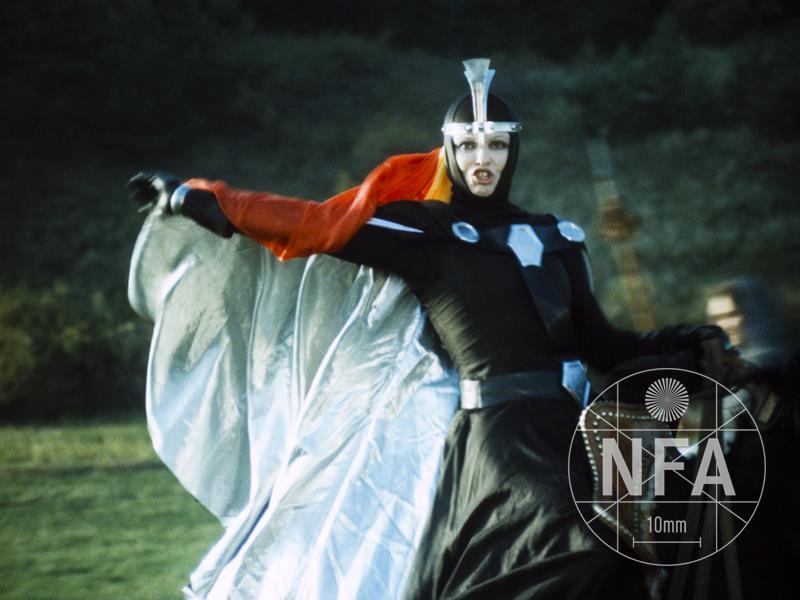 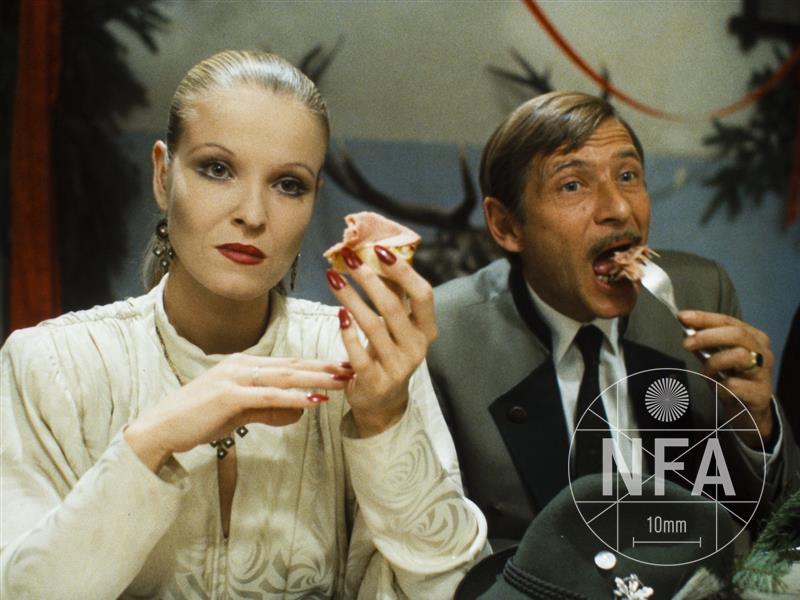 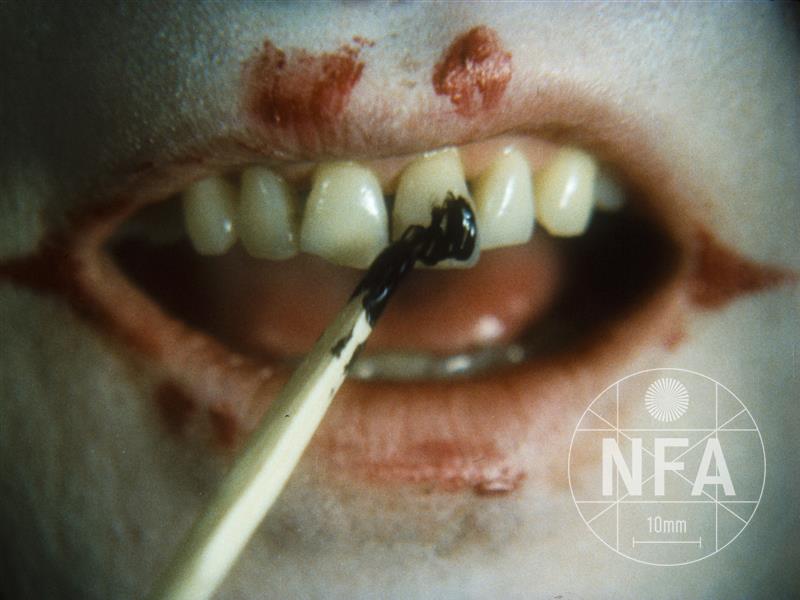 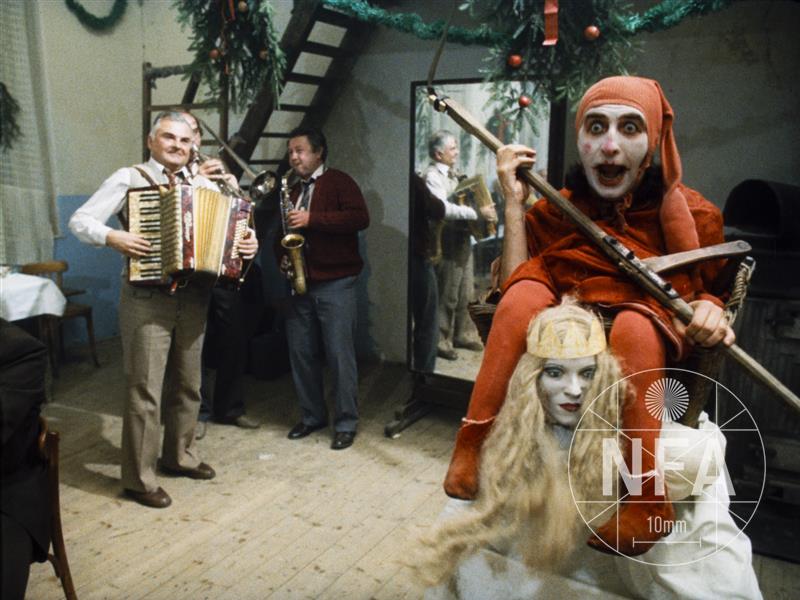