Any search for the origins of Petr Koliha's bittersweet 1989 comedy must lead to a Bohumil Hrabal novella that described the Prague district of Libeň as it was in the 1950s. Hrabal’s text was adapted for the screen by Václav Nývlt, one of the most prominent adapters of the great writer's works – he also wrote screenplays for Perličky na dně (Pearls at the Bottom, 1965) and Skřivánci na niti (Skylarks on the String, 1969). His screenplay for Obsluhoval jsem anglického krále (I Served the King of England) was never used. Nývlt also adapted a number of Hrabal’s works for the stage. The protagonist of Něžný barbar is Hrabal’s friend, painter and graphic artist Vladimír Boudník (1924–1968), who had actually played himself in Perličky na dně (in the story Automat Svět [World Café] directed by Věra Chytilová). In this film, Boudník plays one of three men who manage to maintain their free, bohemian lifestyle, despite the oppressive atmosphere of the 1950s. Boudník, Doktor (Hrabal’s alter ego) and philosopher Egon Bondy (here presented with his real name, Zbyněk Fišer) hold witty debates on the true nature of art. Vladimír works at engineering firm ČKD, where he meets and falls in love with a cafeteria server, Tereza, and finds a place to display his original, misunderstood art pieces realised in the spirit of explosionalism. When Tereza becomes tired of living in squalor, she leaves Vladimír, who tragically ends his own life, but lives on in his friend’s memories... Nývlt and Koliha did not try to emulate Hrabal’s wild, “unfilmable” style. Instead, they opted for a classic, slightly poetic view, focusing on the three extravagant protagonists and other quaint characters on the fringes of their lives. The director placed his bets on three main performers: Bolek Polívka (Vladimír), Arnošt Goldflam (Egon) and Jiří Menzel (the Doctor). Menzel is of course the director known as the chief adapter of Hrabal’s works. Ivana Chýlková plays Tereza.

It is the 1950s. Three friends – the bohemians and outsiders Vladimír (who in fact embodies the extraordinary artist Vladimír Boudník), the Doctor (the writer Bohumil Hrabal) and the philosopher Egon Bondy (Zbyněk Fišer by his real name) – live in the Prague suburban neighborhood of Libeň. They use to meet in a snack bar called The World and share various extravagant ideas. Vladimír loves Tereza, the tea-woman in the ČKD (the Czech-Moravian Kolben Daněk) factory where he also works. He organizes an exhibition of his works in the factory hall. They are the results of his unique artistic style which he calls Explosionalism and the aim of which is to unleash people's fantasy. The three friends, along with the Libeň barflies, patiently wait for beer until the publican has finished making love to his wife. They take mirrors from an abandoned hotel to the Doctor's flat and arrange them so that the sun is always shining inside – but the cleaning lady Šulcová then becomes disorientated in the flat. Tereza is fed up with living in poverty with Vladimír and breaks up with him. The Doctor offers him a room. But the two soon have a quarrel and brick up the connecting door. Vladimír's next exhibition takes place in the Viola club and the artist vainly looks for Tereza to show up at the opening. He woos the barmaid Marie, but his memory of Tereza does not allow him to make love to another woman. His life ends in suicide. The grieving Doctor says about him: "… from the dike of the present, there he jumped, heading first to the heart of eternity…" The Doctor re-opens the bricked-up doorway and Egon vainly tries to chase his gloom away. Leaving, he can only hear the clatter of his friend's typewriter. 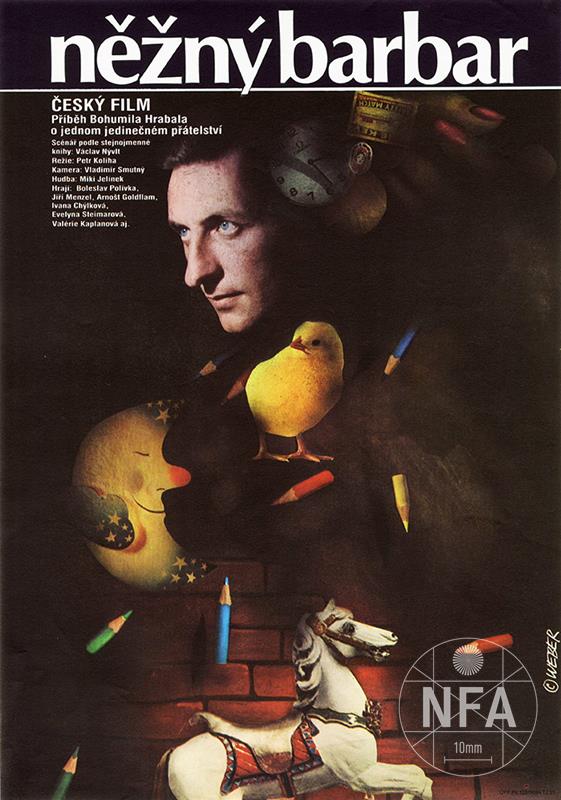 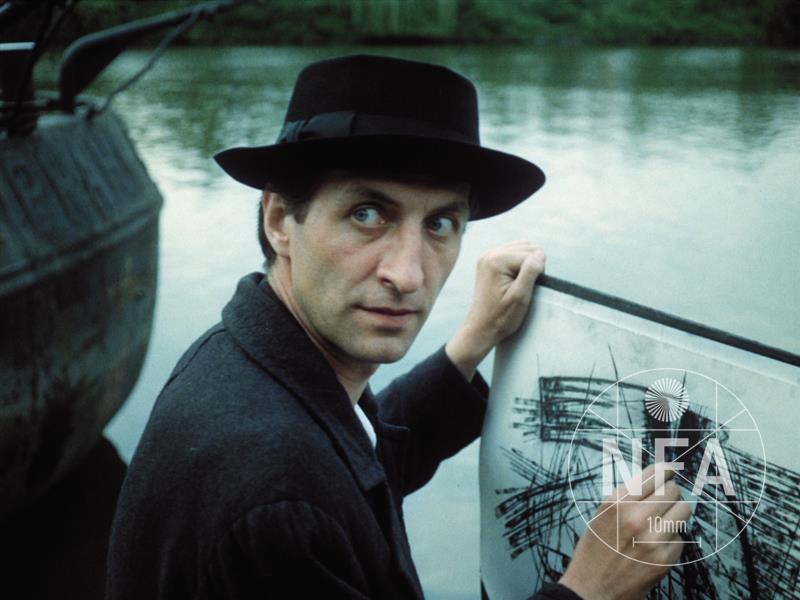 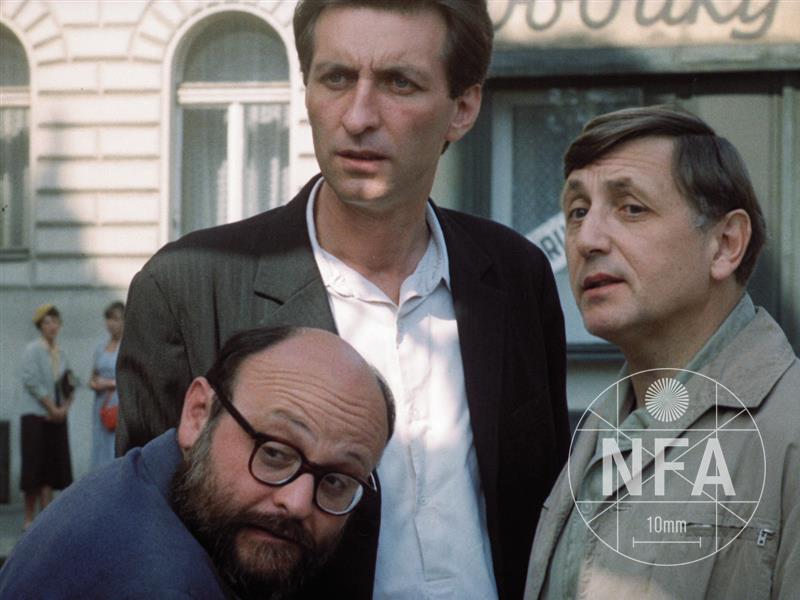 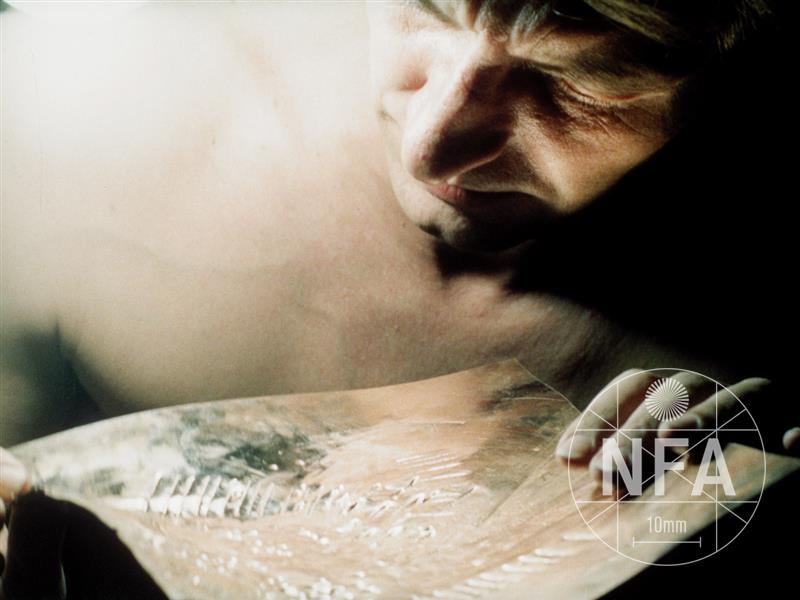 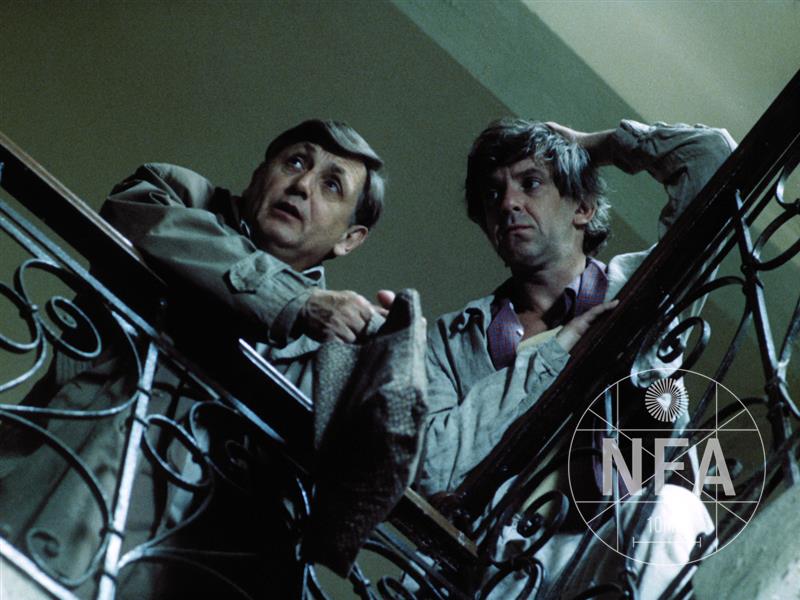