Cameraman Jaroslav Brabec makes a début as a director of a transcription of the same name novel. Its autor is Josef Váchal (1884 – 1969) who was an unique graphic artist, typographer, writer and thinker.

The publisher, Paseka, became a widower and thanks to the finances of his partner, Kocourková, he began writing his Bloody novel. The prince, Pedro de Rudibanera from Barcelona, recalls his lost daughter. Out of jealousy, his step-brother Kurt cuts off the fingers of Pedro's lover, Elzevíra. The forester, Kalina's pretty daughter Hanička, is dating a sparkler, Třasoň, but he is shot in the wood by a villain, called Master. In the cellar of the pathological institute, the servant Kuba dines human flesh with his wife. The priest, Bruna, brings corpses for smoking to the spouses and then he cooks soup from it for the poor. The corpse of the nun, Agátka, he does not want to smoke, but to put in spirit, so Jesuits can later pretend a miracle. A naked girl on the autopsy table revives and, horrified, she runs away through the fireplace. Kuba is stunned by somebody in the attics. The forester finds the bodies of Třasoň and Hanička at the fountain, who died by grief. The young huntsman, Rolf, announces a murder to the police commissioner. The police want to arrest Kalina, but he recognizes his own son in the huntsman. Both have a prince's family coat of arms tatooed on their forearm – an earthworm. The Jesuit confessor, Ignác, needs to get rid of Elzevíra, in order to get the property after the dying prince. The prince locked up the lover in the cellar. She was falsely charged with the preparation of the murder. In the attics of the institute, the naked girl on the run meets a runaway madman. She tells him her story. It is Elzevíra, who escaped from the cellar, went to the convict and, thanks to great devoutness, got new fingers. She refused the randy Bruno and he poisoned her. The madman swears the girl his eternal protection. The inert Kuba is thrown through the window. Before his death, Rudibanera reveals to the mean Ignác, that his treasure is buried in the ground on the Honolulu Island. But only the captain Rodriguez knows the details. In the Paris brothel, At the Red Raven, the virgin, Fragonard, is searching for a model for his painting, Virgin Mary. The artist is taken up by the innocent appearance of the pretty Klárka. – Paseka is thinking about the magic of the bloody novel, where the moral is not spoiled by psychology and logics. The police commissioner and the forester, in reality the princes Reisenstein, embrace each other and they set out to search for Třasoň's murderer. The pregnant Elzevíra lives with the madman, who also has a tattoo of an earthworm. They are happy in the attics of the institute and they eat smoked meat. In the inn, At the Gathered Sailor in Amsterdam, the mysterious Master is heading to the lowest levels. Třasoň is wakened to life by sun rays. He faints, when he sees the dead Hanička. Also, the girl is awakened and she runs away from a man with knife. But the Rudibaner's dumb registrar, Vailaurd, has no knife, but a letter. He is looking for Třasoň, in reality a son of the prince. Kuba's wife is hidden in the asylum. The crew of the Albatros boat is blowing in vain to the sails, it is calm, and neither helps the prayers of the travellers, Bruna and Ignác. To refresh them, Rodriguez makes grog for the crew. In the inn, the anti-alcohol lecture given by doctor Řimsa afflicts all the present people, except for Master. The sailboat Albatros is held up by pirates. They take the cooker. Kuba, falling from a ledge, pulls down Kurt and nabs the documents confirming that he is the prince's heir. In the smoke from a pipe, Paseka is typesetting his novel. The villagers believe the commissioner is a werewolf and they chain him. Klárka tells to Fragonard how she has kept her virginity – she pretended to have a veneral disease. The artist falls in love with her. The madman and Elzevíra fly from the institute by a balloon made of blown up human bladders. The pirates make grog, but their boat wrecks. Only the turn-coat Ignác escapes. Bruna is eaten by sharks. The Jesuit comes up at an island, where lives a a happy couple from Honolulu. Also Kubová escapes, originally hidden by the Chinese cook on the Albatrus boat. Kocourková does not buy more paper and Paseka has to end his novel early. Hanička finds Třasoň in an old poor house at his foster Háta. Once, his father, Rudibanera, put him there for upbringing. The inheritance is already taken by Jesuits and only his favourite toy, the imp Pindík, is left. Master and his companions are crushed by copies of The Young Abstainer. The lovers, Ignác and Kubová, force the dying captain Rodriguez, to tell them where the treasure is. The Honolulus have to trench a hollow. They trench down right to the antipodes. They meet all at the crater in the Kalina’s shooting ground. Master comes to Paseka and he wants to kill him because of the havoc caused by the terrible novel. The satisfied writer is happy his novel is finished. 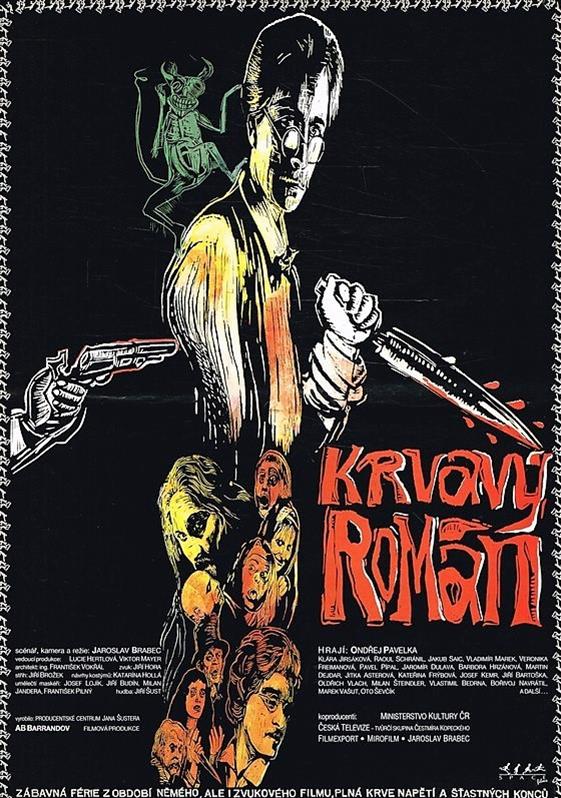 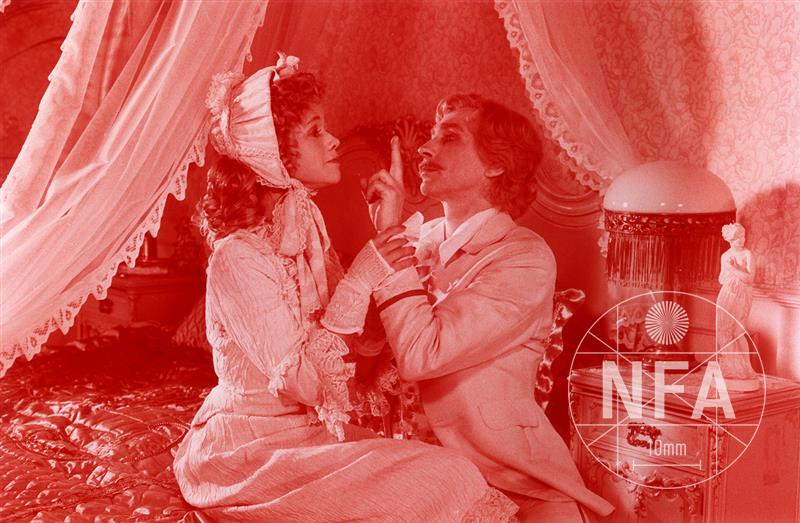 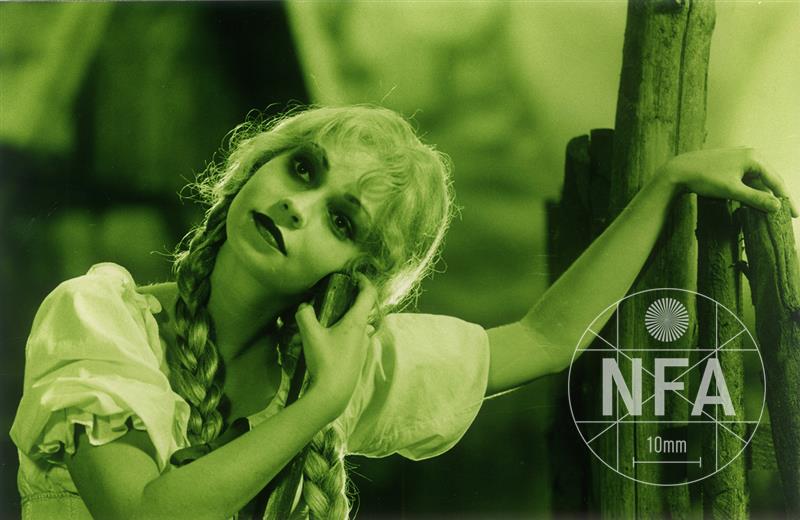 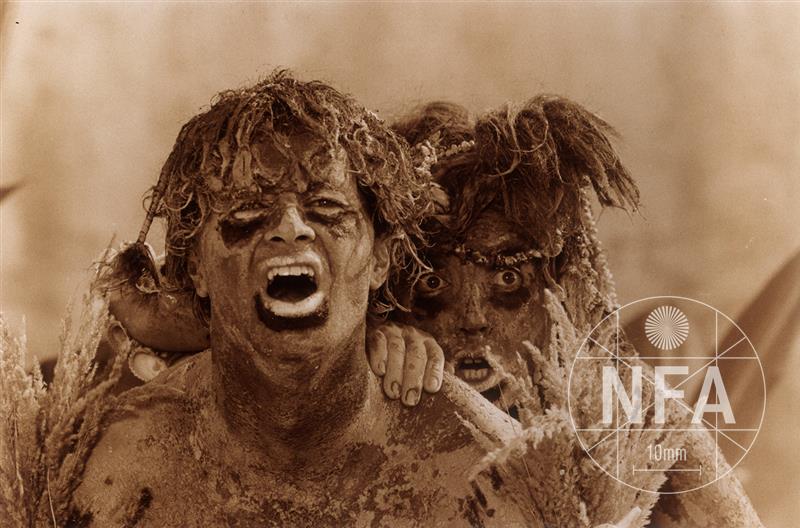 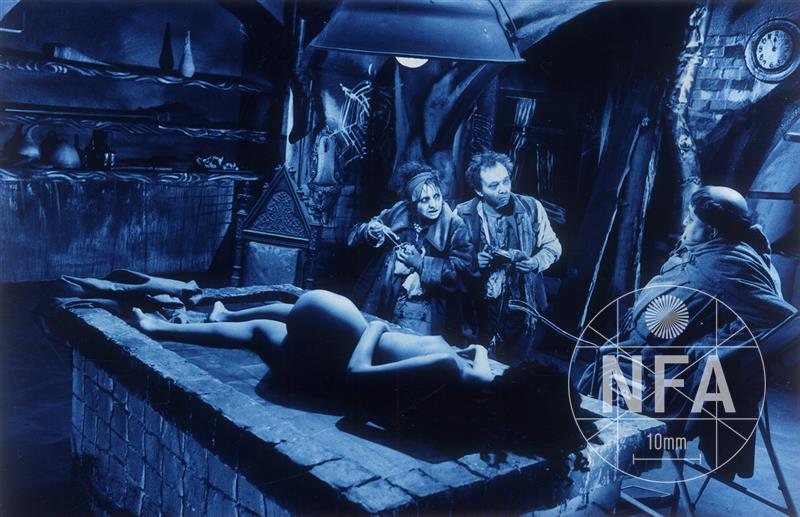 The film adaptation of the famous Váchal's novel. Fun fairy from the period of silent but also sound film, full of blood, tension and happy endings.