In the first half of the 1960s, Ján Kadár and Elmar Klos made their socially most significant cinematic works. These included the WWII dramas Smrt si říká Engelchen (Death Is Called Engelchen) and Obchod na korze (The Shop on Main Street) as well as Obžalovaný, a psychological drama set in the period the film was made. The two directors recast the socialism-building dimension of the original novel by Lenka Hašková into a disturbing testimony on the reality of socialism – which in 1969 was irrevocably doomed to end under the censor’s lock and key. The protagonist of this story set in a courtroom is Kudrna, a hard-working honourable director of a hydroelectric power station. Under pressure from his superiors, he has made the greatest possible effort to put the new hydro plant into operation as soon as possible. His subordinates, however, have taken this as an opportunity to steal assets, resulting in one employee hanging himself. The innocent Kudrna’s trial reveals the abuse of law and how the ruling party and the justice system are interwoven... Shining in the title role of this excellently conceived film is the then not very well known Slovak actor Vlado Müller. Kudrna’s lawyer is performed by the emerging Jiří Menzel and the public prosecutor is played by an excelling Miroslav Macháček.

Three defendants are brought to the regional court: Director Josef Kudrna and his subordinates - engineer Potůček and clerk Zelenka. They are being tried for the unlawful appropriation of national property, which was discovered during an audit at the construction site of a power plant in Blahovice. The financial loss caused by the unjustified disbursements of bonuses amounts to approximately five million crowns. Zelenka and Potůček indeed grew rich personally, assigning bonuses to themselves and giving shares from the unjustly paid money to other employees. They confess to their crime. The situation with Kudrna is different. This honest and immensely industrious man, who worked his way up from being a worker to his recent position, first does not admit any guilt to himself. Shattered, he learns only in court that his deputy Ludl, who was responsible for the finances and made the unlawful appropriation possible, has hanged himself. Kudrna was pushed by the ministry to meet the final term of the power plant's construction at any cost and gave orders for bonus payments for workers to encourage them to work harder. He, however, signed some documents submitted to him by his subordinates without reading them. The construction was finished in time, without even spending the whole budget. The inspection, called for by the chairman of the Factory Committee of the Communist Party of Czechoslovakia, nevertheless found the aforementioned irregularities in the bookkeeping. Zelenka and Potůček are sentenced to jail for many years. However, Kudrna, whose sentence is very low and corresponds to the period of his detention, rejects his verdict, feeling equally responsible for the whole matter. 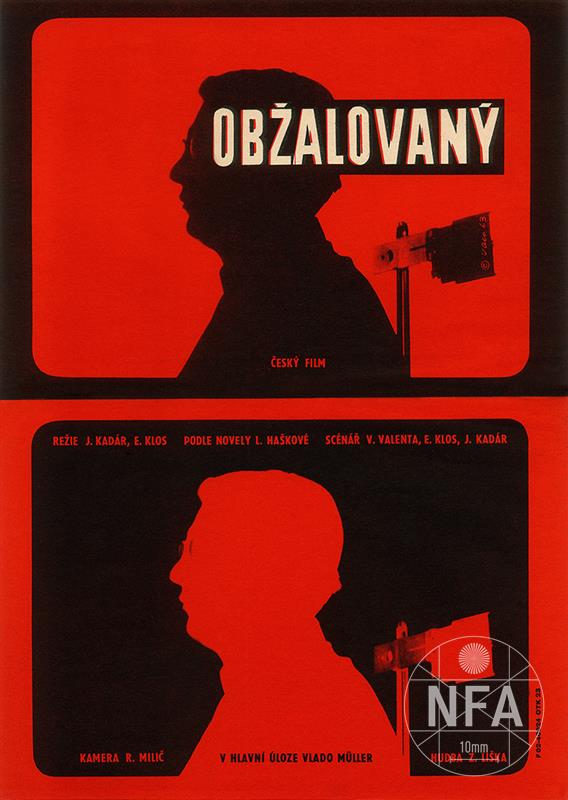