Erwin Stranka predominantly directed films in the former East Germany, although he was born in the Czech town of Kadaň and studied at Prague’s FAMU film school. In 1972, Stranka wrote and directed this historical comedy that resulted from a Czech-East German coproduction – the Czech-dubbed version features the voice of Ludvík Žáček. The story is set during the time of the 18th century Seven Years’ War. Prussian King Frederick II (Herwart Grosse) and the thief Käsebier (Manfred Krug) serve as the film’s two main protagonists. The seasoned crook convinces the Prussian leader to use his troops to help force open the gates of the besieged city of Prague. But Käsebier ultimately joins forces with the defenders of the city, led by Maria Theresa’s brother-in-law Karel Lotrinský (Josef Kemr) and his wife Anna Marie (Helena Růžičková). This entertaining film, which naturally ignores historical authenticity in favour of goofball fun, is modelled on French and Italian historical comedies.

It is the beginning of the18th century and two boys are born. One in the family of a tailor in Halle, the other becomes the Prussian king Friedrich II. Veliký (Frederick II the Great). Andreas Christian Käsebier takes no pleasure in being a tailor and as a far-famed thief is imprisoned for life. At the same time, the already famous commander Frederick camps with his army at the gates of Prague and in vain tries to seize the city. After six weeks of the battle, he therefore sends to prison for Käsebier and orders him to open the city gates. The thief is just changing into the guard's uniform and is forging his release papers, but accepts the offer anyhow. Not far from Prague, the handsome and courageous Käsebier manages to stop runaway horses and meets a Czech girl, Katka, who together with her friends uses a secret passage to smuggle food into the starving city. For opening the city gates, the king has promised freedom to the thief, but plans to take his promise back. When Käsebier by chance finds out about the false promise, he decides to help the city defenders. He arranges with the Duke Lotrinský (of Lorraine) to open the gates for the Prussians and close it again behind them. Käsebier, however, decides upon a different solution. He gets Frederick's aide-de camps called Krusemark drunk and rewrites the commands for the army. The Prussian army, according to these commands, must stay put after the city gates open. During the morning attack the army does not move. Both commanders plan their revenge on Käsebier. He is caught and is to be executed, but Katka saves him by blowing up the gunpowder storage. The Prussians are marching off and the careless Käsebier is travelling with them in the last army carriage.

The première in the German Democratic Republic (East Germany) on the 1st of July 1972. 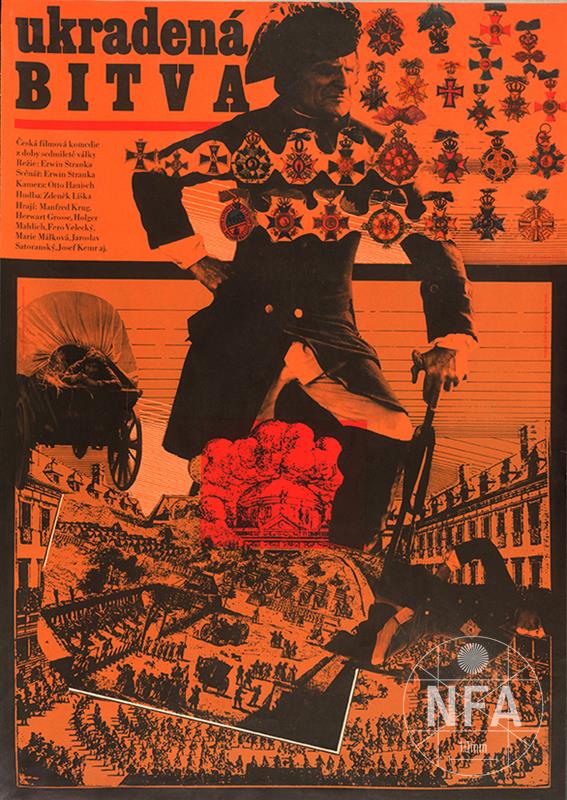