In the 1970s, pro-regime writer Ivan Gariš took part in several projects which were made to order for the “normalised” Czechoslovak state. The main characters of this 1972 drama, set in the 1950s, are members of the State Security Force who come to the village of Mezilesí to investigate the murder of a local communist functionary. They discover that the perpetrators are opponents of collectivisation, who are preparing a bold sabotage. The director of the film, which even today remains a good example of a genre work combined with ideological content, was Ivo Toman, for many years a specialist in politically high-profile film projects.

At the beginning of the fifties of the 20th century, shortly after the founding of the Unified farmers'cooperative in the town of Mezilesí, there is shot dead a functionary Málek by three unknown men. From the Prague headquarters of the police there are sent to the village two investigators, Laňka and Maliňák. The only one trace of the bandits are cans found in a desolate stone-pit in the surroundings of Mezilesí. But the bandits have tens of hiding places in the woods and the police lacks staff. Maliňák returns with other men to the village. The innkeeper Dolák, who is one of the members of the terrorist gang called Lesana, fearing of arrest, shoots dead Maliňák who does not suspect anything. Lieutenant Laňka starts a great operation to liquidate the gang. At the roads he places the guards which control every person. After presenting in cinema several photographs of the victims of the terrorists the police gains for collaboration also the citizens. The trace leads from two detained employees of the brewery to the member of the gang Říčan. He is secretly detained and at the interrogatory he betrays the names of others and also their intention to flee abroad. The agent from Frankfurt is arrested and Laňka for the sake of investigation goes under his name. Vašek, the orderly of Lesana, spent three years in the foreign legion and he does not wish to leave his homeland any more. What is more, he does not agree with the activity of the gang. Though he soon finds out that Laňka is not an awaited agent, he decides to safe-guard him. The first part of Lesana, including the wife of the leader of the gang Grůbel, leaves in a lorry but instead of abroad it ends up in prison. The rest of the group of the terrorists is leaving in a week. Laňka hands over to Grůbel the message of his wife and he grasps that it is a snare. He wants to kill Laňka but Vašek intervenes and saves his life. The terrorists are liquidated. Vašek is detained but within short, as a free man, meets lieutenant Laňka in a pub at the beer. Laňka drinks to him with a new way in life. 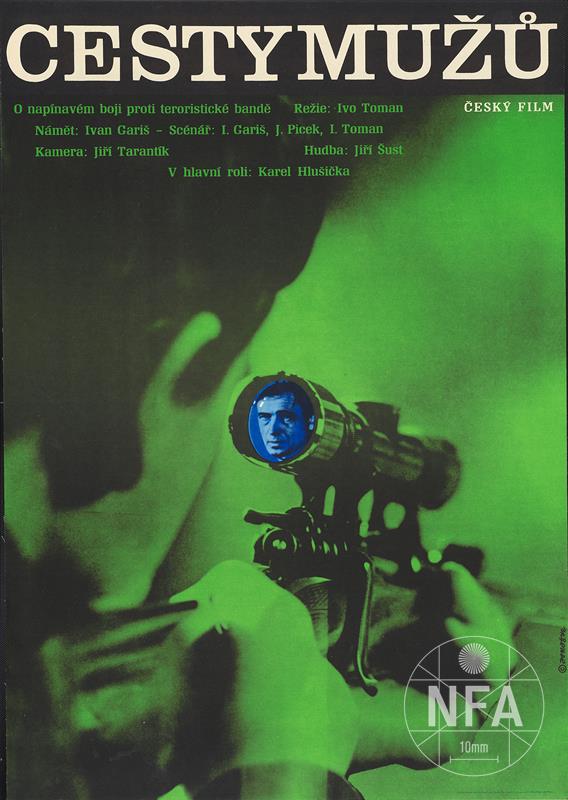