Ota Pavel’s autobiographical book, Smrt krásných srnců (Death of the Beautiful Deer, 1971), offers seven short stories depicting the author’s happy childhood prior to World War Two and the occupation of Czechoslovakia that dramatically affected the fate of his mixed, Jewish family. In 1982, director Miroslav Balajka adapted the short story Králíci s moudrýma očima (The Rabbits with Wise Eyes) as a TV film. Kapři pro Wehrmacht (Carps for the Wehrmacht) had already served as the material for a film by Prague FAMU film school student Karel Smyczek in 1975, and in the same year his fellow student at the school, Vladimír Merta, adapted the short story Smrt krásných srnců. This story of a brave Jewish father, who breaks all Nazi regulations in his way to trespass and hunt a deer to feed his two concentration camp-bound sons, also served as an inspiration for the eponymous 1986 feature film made by Karel Kachyňa. However, the experienced director and screenwriter expanded the narrative by taking motifs from other short stories by Pavel. The protagonist, the father Leo Popper, an enthusiastic fisherman and nature lover, works as a successful traveling salesman for the Electrolux company. But the Nazis turn the lives of the Poppers upside down. It is a tragedy: Leo is dismissed from his job and he and his wife and three sons are ordered to leave Prague. When the two older sons are about to be transported to a concentration camp, Leo takes the decision to risk his life for his malnourished offspring: with the help of a wild Alsatian dog borrowed from a friend – the ferryman Prošek – he hunts deer through the forests that surround his beloved Berounka river. Now only the German patrols stand between him and a return home with his illicit provisions… The poetic hyperbole of Kachyňa´s feature blurs the boundary between the symbolic gesture of resistance and the real act of “fattening” the sons weakened by the misery of war. The overall effect is reinforced by the beautiful camera work of Vladimír Smutný and the masterful acting of Karel Heřmánek (Leo), Marta Vančurová (the mother) and Rudolf Hrušínský (Prošek). Popper’s two older sons are portrayed by Jiří Stach and Jan Jirásek, while Marek Vatler plays the part of the youngest son, referred to as “Prdelka” (“Little buttocks”, a term of affection used by Czechs for small children).

Leo Popper is a passionate fisherman. He most prefers to spend his time with his wife and three little sons by the river Berounka, fishing and observing nature. He especially loves female roe deers, admiring their beautiful eyes. He would never be able to hurt them. But the five-member family must eat, and Leo thus begins with the company Elektrolux as a commercial traveller. He does not do well in the beginning but one day, he happens to save a factory owner called Studený from drowning. Studený not only buys a vacuum cleaner and a fridge from Leo out of gratitude but also recommends him to all his acquaintances. Leo soon becomes the best salesman. He travels throughout the republic with his friend Hejtmánek, who he invites to collaborate and they are increasingly successful with their unclichéd ideas. The two friends and colleagues sometimes get into trouble during their love affairs. They are both handsome and there is thus no lack of adventure. They earn lots of money and Leo eventually fulfills his dream: he buys himself a pond. It is, however, the late 1930s and also the end of the independent republic. The arrival of the German occupiers also means the introduction of racial laws. Leo is Jewish, he must leave his job and the family is forced to move from its Prague flat to the countryside. Finally, even the pond is confiscated from him. Joy abandons the family and is replaced by humiliation and fear. Leo revenges himself on the Germans by taking all the fish from the confiscated pond with his son. One day, the postman brings a letter: the two older sons are under orders to be transported. Leo fears that the boys will not survive the transport because they are very thin and weak. He decides he must procure them some meat. He sets off to his favourite place by the Berounka river and kills a deer with the help of the old Proek's Alsatian. He succeeds in smuggling the meat home despite the danger threatening from the German patrols and finally feeds up his boys. 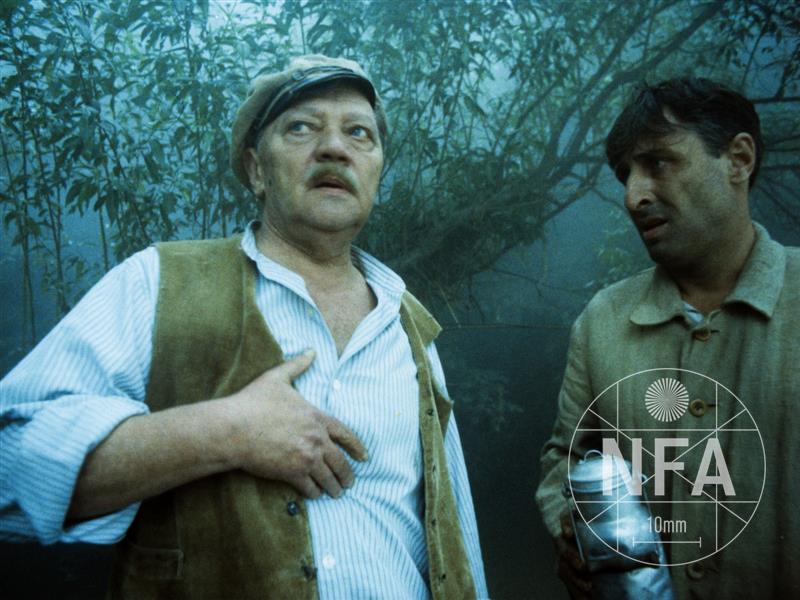 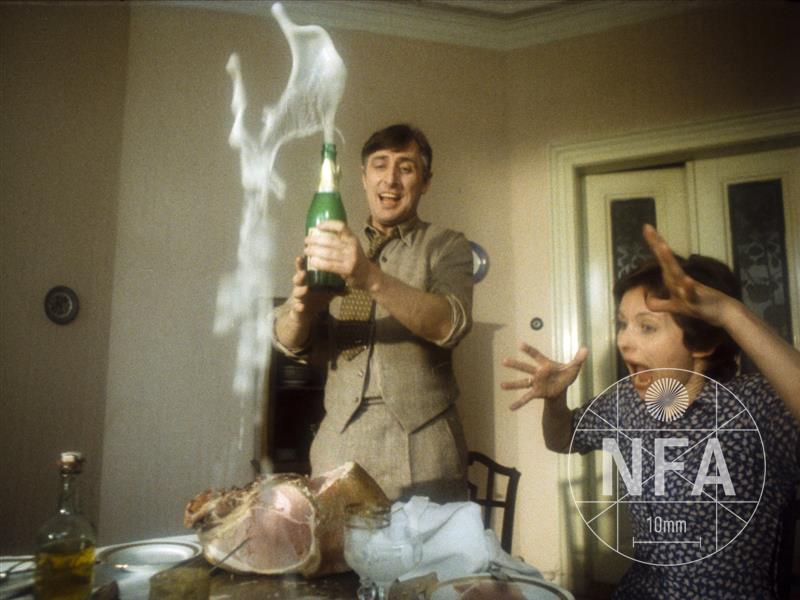 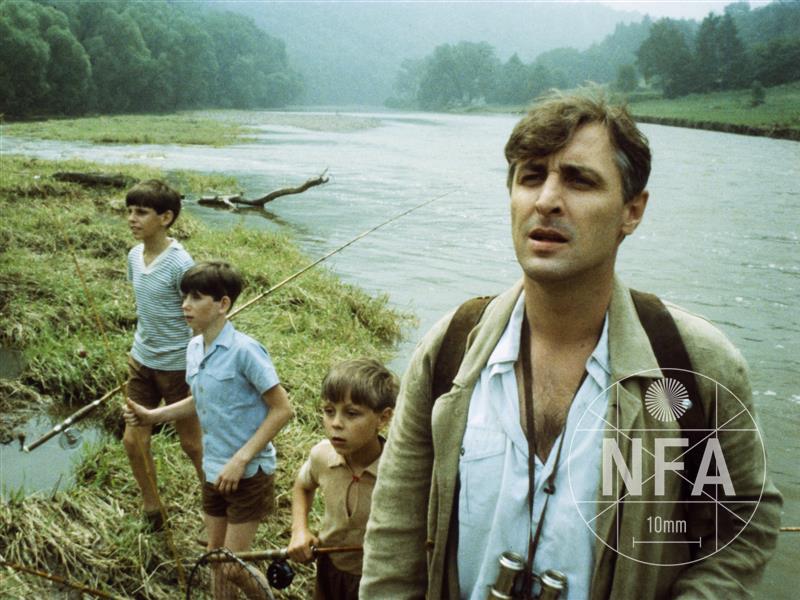 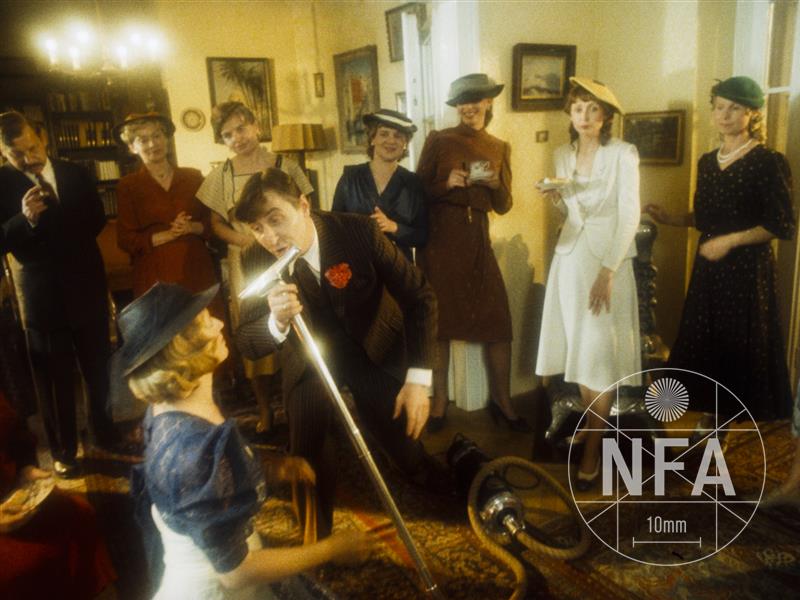 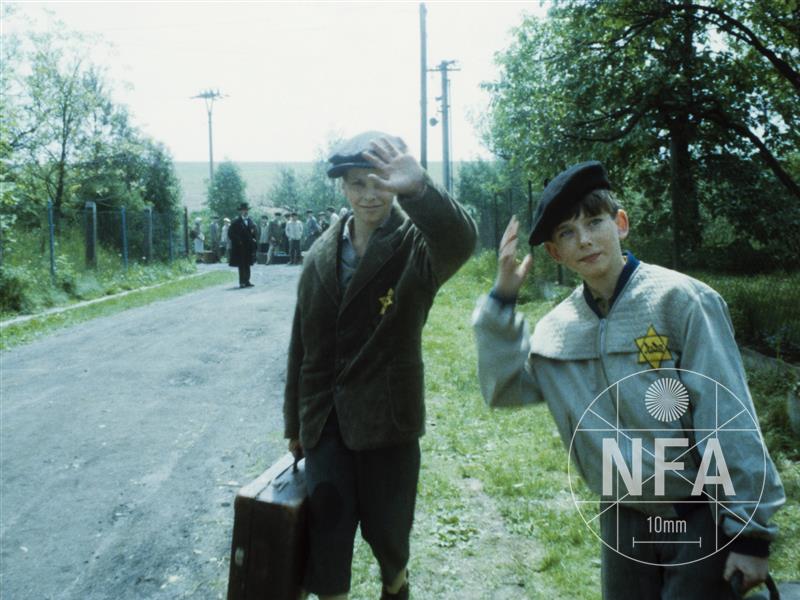