Director Zdeněk Troška has earned a reputation as a populist entertainer. However, during the 1980s he began to add a number of far more interesting and creative projects to his filmography, notably different from his contemporary film series such as Kameňák (Bad Joke, 2003) and Babovřesky (The Old Hag's Yells, 2013). Evidence of this is found in the fairytale O princezně Jasněnce a létajícím ševci (Princess Brightness and the Flying Shoemaker, 1987), filmed when the director was 40-years-old. Inspired by a story from author Jan Drda, and adapted for the screen by Karel Steigerwald, Troška offers viewers an expansive, fantasy tale. Troška shows off his dynamic storytelling capabilities, as well as his inflamed sense for romantic tales (also evident in his Poklad hraběte Chamaré – The Treasure of Count Chamaré, 1984; and Andělská tvář – Angel Face, 2001). This story of cobbler journeyman Jíra, who thanks to his wit and courage succeeds in winning the hand of a noble royal bride, became a symbol of modern energetic filmmaking, usually associated with a younger generation of filmmakers who came to prominence after 1989. Troška offers viewers an engrossing tale featuring both lyrical and gripping scenes, and a sense of style defined by a free-flowing camera (Jaroslav Brabec). Additionally, the film benefits from nimble, inventive editing (Eva Bobková). Ordinary provincial man Jíra is the sympathetic protagonist of the story. He invents a set of wings that enable him to fly all the way to the tower in which his beloved princess is imprisoned. There, her wretched father has locked up Jasněnka in order to protect her from the curse of a Black Forest witch – a marriage to a simple cobbler. But instead of enduring this curse, Jasněnka embraces it, finding happiness and good fortunes with Jíra. However, the young man must battle against the vengeful, malicious witch Černava and her daughters. The love-smitten couple is played by Jan Potměšil and Michaela Kuklová. Helena Růžičková and Yvetta Blanarovičová offer delightful performances as the larger-than-life fairytale witches – both would again perform for director Troška in several other film projects.

A witch from the Black Forest killed and roasted the golden cock which used to wake up the Sun, and the Sun has not risen in the sky since then. The king hears the cock's owner, the Sun Lady, and summons the culprit to the castle. The witch arrives with her daughter Blackness. The king acknowledges the truth to the Sun Lady and the offended witch foretells to him that his only daughter Brightness will marry a grubby shoemaker. The king puts the princess to home confinement in a tower to make sure. In the forest, the witch discovers two young craftsmen arguing about their competence and skill with each other. The witch turns her helper called Buster into a rich lord who orders the two youngsters to create a masterpiece. The smith's apprentice Ondra forges a walking and egg-laying iron hen while the shoemaker Jíra sews wings of leather and speedily flies away. He lands in the settlement round a castle and an old shoemaker gives him work. Jíra learns about the confined princess and flies up to the tower to see her. The two fall in love with each other instantly. The next day, Jíra makes beautiful red shoes for Brightness. When the king finds them in the tower and it becomes clear that he will never allow them to marry, the couple flies away on the leather wings. The king's cavalry men search for them everywhere, but in vain. The young couple is very happy together – Jíra sews shoes, Brightness sells them in a market and rather clumsily tends to the household. The witch and her daughter get upset that the young couple's room is always full of love and laughter in spite of all their difficulties. They disguise themselves as rich customers and kidnap Brightness. The red shoe left after her on the floor then shows Jíra the way to his beloved woman. When he repairs the Sun Lady's fiery shoes, she gives him a magic ring as reward. Brightness in the meantime with stands torture and even refuses the oblivion potion which the witch slips her and which returns memory to those who take it – but only if they find what they have not lost. Jíra overcomes many hardships on his journey and, when the ring burns down the castle with the two witches in it, he sets Brightness free. But he drinks the magic potion by mistake and forgets about the girl who was taken to the king's castle by a cavalry man. The king orders Brightness to pick a groom from among her suitors. The princess wants the man who would bring her the missing red shoe. The black prince commissions it from the old shoemaker who in turn entrusts its making to Jíra. The young man finds Brightness's shoe hidden amongst the tools. The magic spell is broken and Jíra flies to his bride. And the king must cope with the fact that his son-in-law is a shoemaker. 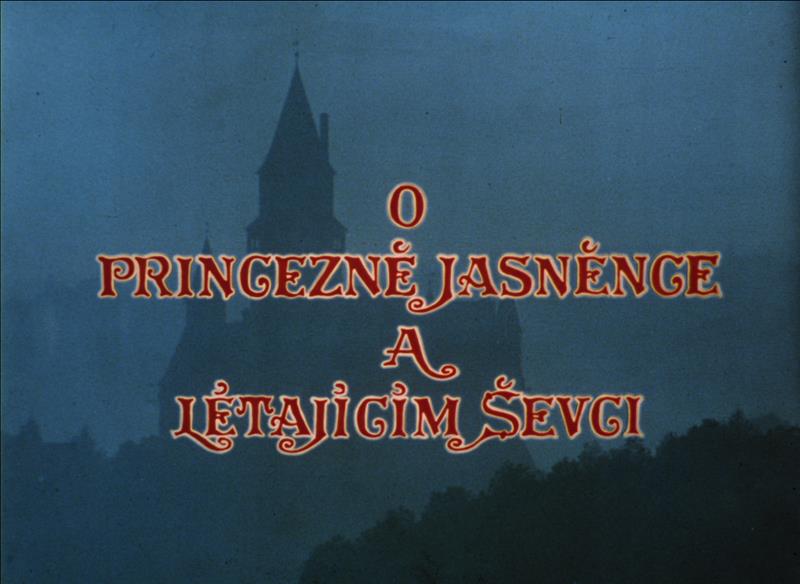 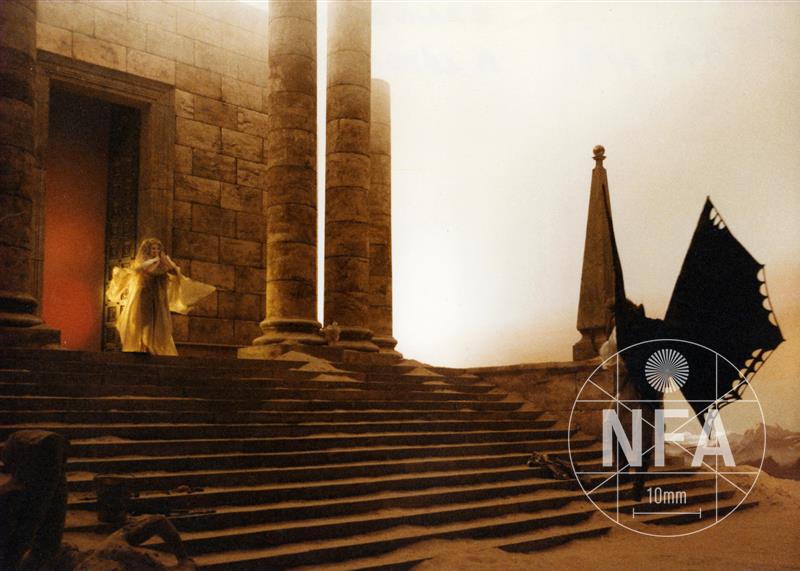 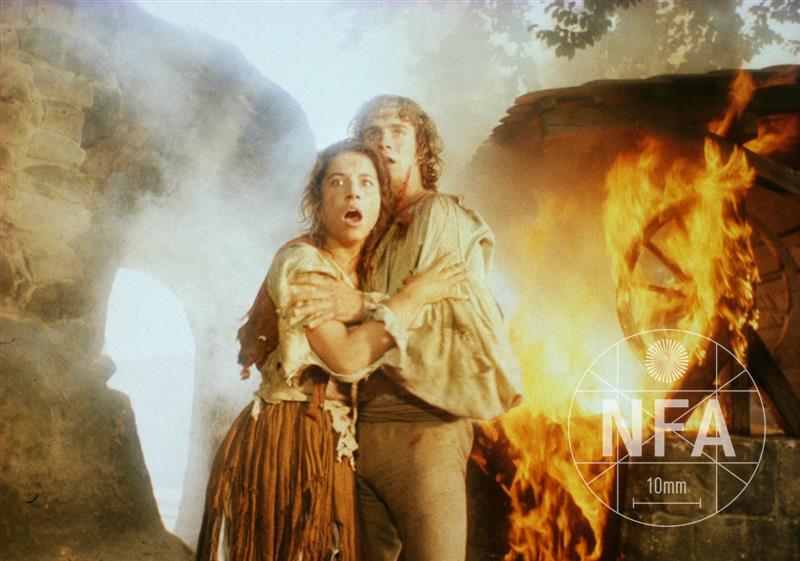 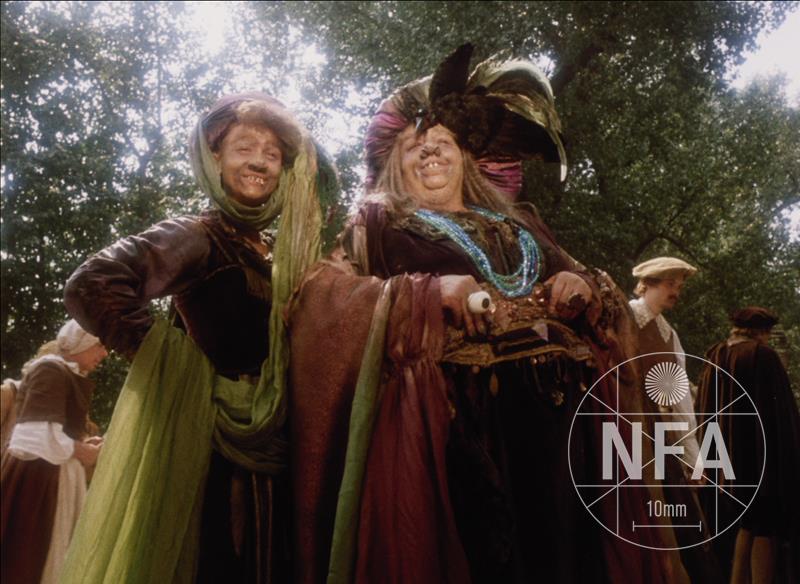 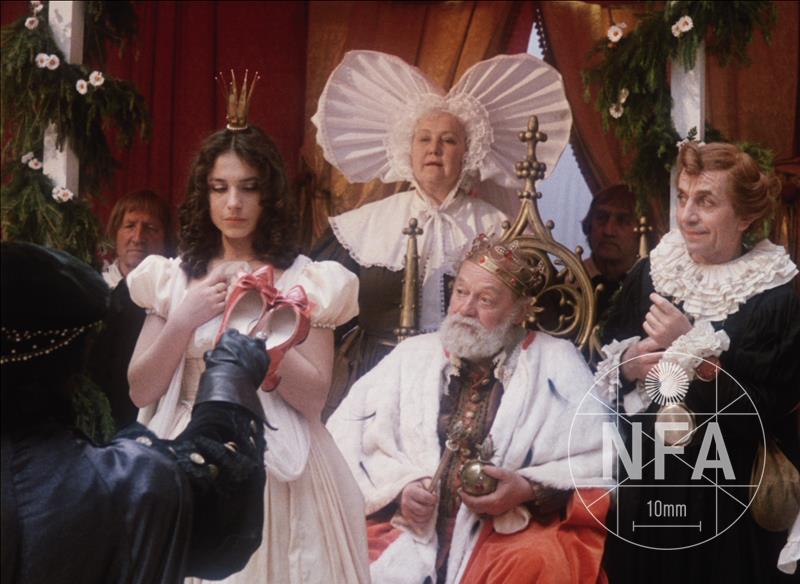