This stylised docudrama is a fanciful tale presenting the rock band Pražský výběr (Prague Selection) in the spirit of the relaxed atmosphere that immediately followed the November 1989 Velvet Revolution. The film, combining reality, fiction and parodies of both, was directed by Karel Smyczek together with the popular band’s frontman Michael Kocáb. It hyperbolically recaps on the band’s fortunes and misfortunes since 1984. Kocáb not only delivers the part of himself, but also that of a narrator, the oaf Ropotámo, who was an integral part of the band’s stage performances. The band endures bans imposed by the communist regime, as well as an internal conflict between Kocáb and guitarist Michael Pavlíček. The film’s narrative culminates with a concert at the Prague Lucerna venue on the eve of the November revolution. The totalitarian regime has met its demise, but the united performances of the band have not… In addition to members of Pražský výběr, the film also features other showbiz celebrities, such as Lucie Bílá, Bára Basiková and Frank Zappa.

It is 1984. A rubber mask of an ugly old man – Ropotamus – lies on the street. It is later worn by the guide throughout the film. The musician Michael Kocáb is at home, throwing a drawn ball at a member of his music group, Prague Selection, Michal Pavlíček. Ropotamo picks up the phone and someone tells him that the group can perform again after having been banned. Its concert in the Lucerna music hall is interspersed with the journalist Lipčík's interviews with the participants. Those who decide about the bans are various officials holding various positions; they are represented as the Small, Medium and Big Tie in the film. During the bands' ban, its members had to find their living elsewhere in order to provide for their families. Kocáb composes stage music, the bass guitar player Vilém Čok plays in a bar, the guitar player Pavlíček performs with the group Stromboli. When the Prague Selection plays in the Karlín Musical Theatre, the organizers call the police with dogs to calm down the high-spirited fans. Work disputes between Kocáb and Pavlíček develop into a fight in a mud ring. Pavlíček phones to apologize for his absence from a rehearsal due to drunkenness. Kocáb is angry and leaves the group to work on the musical Ulysses. Pavlíček, sleeping on a bench, is woken up by a policeman. Čok and the percussionist David Koller go to a pub together. Prague Selection records the song Strainer in a TV studio, but the musicians and the director run into conflict. Pavlíček, drunk, destroys an India rubber-fig plant in a hotel. The percussionist quarrels with the manager. Kocáb opens the door and jumps to the water behind it. As soon as Pavlíček sobers up, he tries to recover the destroyed plant. He must see a doctor because his hearing has significantly worsened. In his idyllic fantasies, he sees himself standing by a weir with drawn swans and Ropotamo cruising around. The officials – the Ties – discuss the group's next potential ban. Kocáb, Pavlíček and Čok hide in dustbins before the gushing water cannon. The group refuses the offered tour in the Ostrava region – they have no substitute for the percussionist who has fled the country in the meantime. The performance, which they are forced to make, is not successful and ends up in yet another quarrel. The desperate Čok punches a hole in a pane of glass with his hand and is severely wounded. He is taken to Prague from a regional hospital which refuses to carry out any surgery. Kocáb is with him and, on the way, hallucinates about meeting the Big Tie who appoints him as the president of music. At a place of execution, he can choose the gallows, electric chair, or guillotine. Ropotamo appears next to the guillotine which was Kocáb's choice. The film director and the group are in the cutting room, discussing shots from the Lucerna concert, held on November 16, 1989 – on the eve of the outbreak of the Velvet Revolution. After the revolution, Kocáb becomes a parliamentary deputy and the others have other commitments, too. But they still want to perform with Prague Selection from time to time. At the next Lucerna concert, Kocáb sings in the Ropotamus mask, but the odd man is in the audience as well. The closing titles are followed by shots of Kocáb meeting the American musician Frank Zappa in Prague. 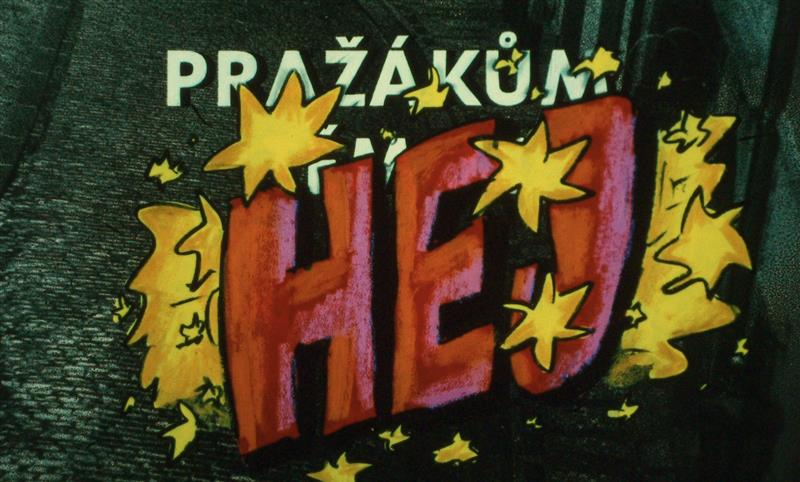 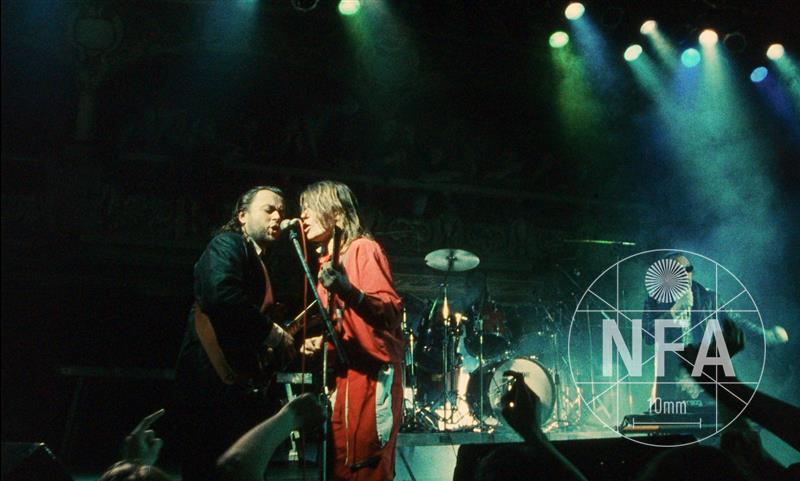 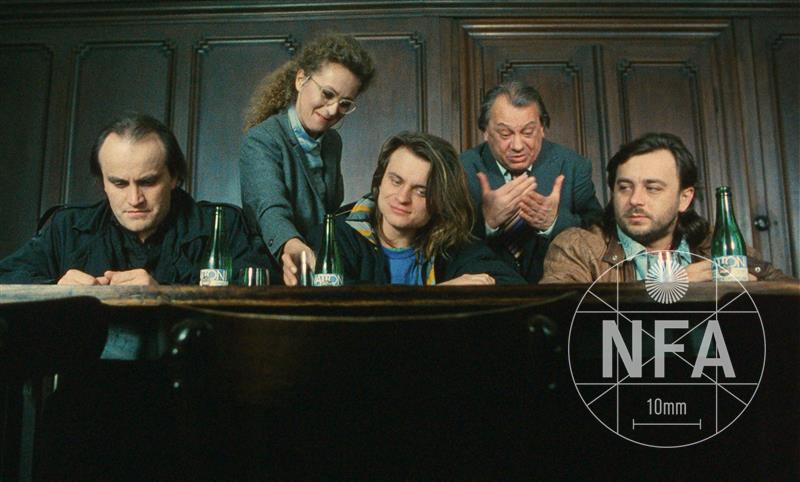 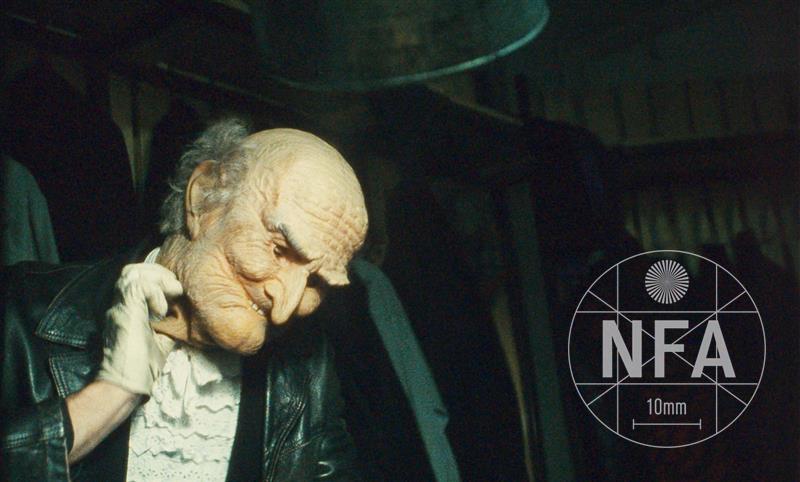