Viewed as the last major triumph of state-run Czechoslovak film production, this nostalgic tragicomedy also provided a feature-film directorial debut for the then 26-year-old Jan Svěrák. Obecná škola (The Elementary School, 1991) received an Oscar nomination in 1992 for Best Foreign Film. Written by the director’s father, Zdeněk Svěrák, the film showcases the talents of both men – especially the burgeoning talent of its young director. The young Svěrák would go on to direct his father in the Oscar-winning comedy and drama Kolja (Kolya, 1996) four years later. In his script for The Elementary School, Zdeněk Svěrák fills the story with autobiographical moments – he initially hoped that the project would be taken on by director Vít Olmer. But in spite of taking over “foreign” material, Jan Svěrák proved to be the perfect director for this film, filling the story with playful, dynamic and heartfelt moments. The story takes place during the first “liberated” post-war school year of 1945-6, on the outskirts of Prague. The protagonist is 10-year-old Eda Souček (Václav Jakoubek), who, along with friend Tonda, experiences various boyhood adventures. But all of these pale in contrast with the brave, heroic deeds proudly recalled to the pupils by their new teacher – the strict, but fair patriot Igor Hnízdo (exquisitely played by Jan Tříska). Hnízo arrives at the school like a bolt of lightning, replacing the worn-out Maxová (Daniela Kolářová). The pupils are spellbound by this apparent hero in their midst – as are the various women who encounter Hnízdo, including Eda’s mother (Libuše Šafránková). However, the new teacher’s reputation as a war hero turns out to be rather imagined – though this does little to decrease his skills as a teacher. For Eda, another, truer hero is to be found in the form of his unassuming, pedantic father, electric plant worker František. Jan and Zdeňek Svěrák brilliantly mine the brief hope-filled post-war years, presenting a euphoric time filled with ideals and expectations. Ultimately, however, a dark shadow in the form of the growing communist strength is set to quash such hopes. But for all its allegorical potency, The Elementary School shines most brightly as a celebration of boyhood imagination and adventures, the optimistic atmosphere of which very much reflects the post-1989 Velvet Revolution time in which the film was made.

It is shortly after the Second World War. The ten-year old pupils of a boy's class in a small elementary school in the Prague suburbs excel at lacking of discipline. Tonda Čejka steals props from an illusionist during his school performance. His friend Eda Souček obeys his advice to remove the mudguards from his father's bicycle. The resulting racing bicycle certainly does not please father Souček riding in the pouring rain. An insufficiently vigorous teacher ends up in a mental asylum and is replaced by the new teacher Igor Hnízdo. The boisterous boys are totally fascinated by him. His attire reminds them of a military uniform and the teacher is always ready to use the cane tucked into his high boots. But Hnízdo's punishments are fair and, moreover, his lessons are extremely interesting. He, for example, accompanies his lesson about the martyr Huss by playing the violin, thus moving the "rough" pupils to tears. They also breathlessly listen to his stories from various war fronts whose rather ostentatious hero is no one but himself. But Hnízdo also has an uncontrollable passion for women. One of his lovelorn acquaintances, a tramdriver's wife, writes a letter denouncing him, and the teacher faces a prison sentence for seducing underage twins. Eda, as well as others, senses that the teacher probably makes up his heroic exploits a little. But they all eventually stand up for him, disclaiming his physical punishments. A doctor's examination of the twins proves the teacher innocent. Eda's real hero becomes his inconspicuous father who – although an eternal civilian – courageously disarms a bazooka found during a school trip. Tonda loses his fingers in one of his experiments and thus donates his accordion to Eda. The news that the electrician Souček nicknamed Transformer was hit by electricity and was burnt to death, was fortunately false. A theatre performance – a celebratory sketch written by Hnízdo on the occasion of the first anniversary of the republic's liberation – ends with a fight among all the actors-pupils which occurs right in front of their parents' eyes. 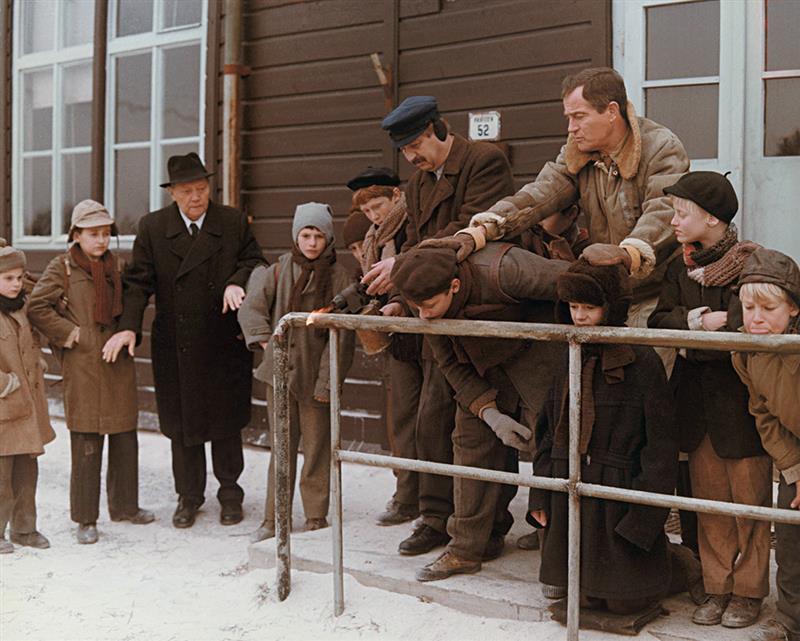 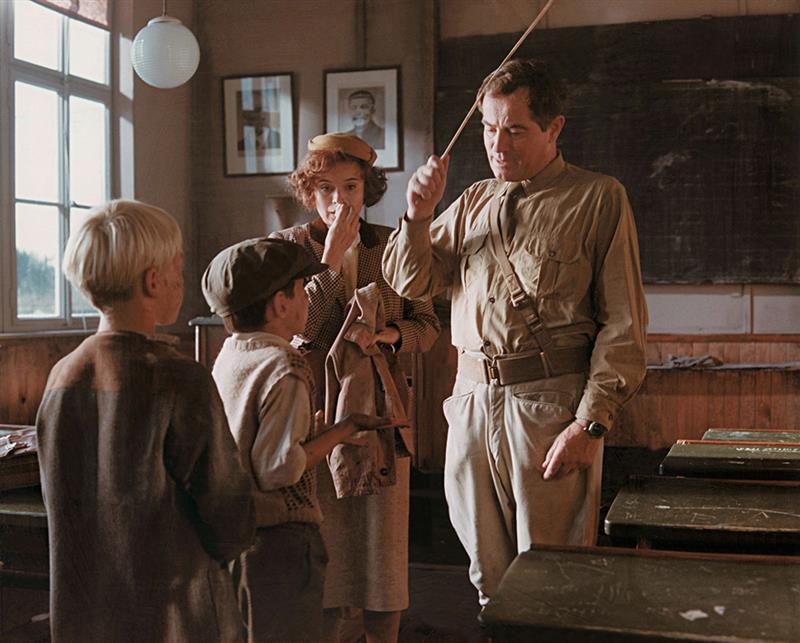 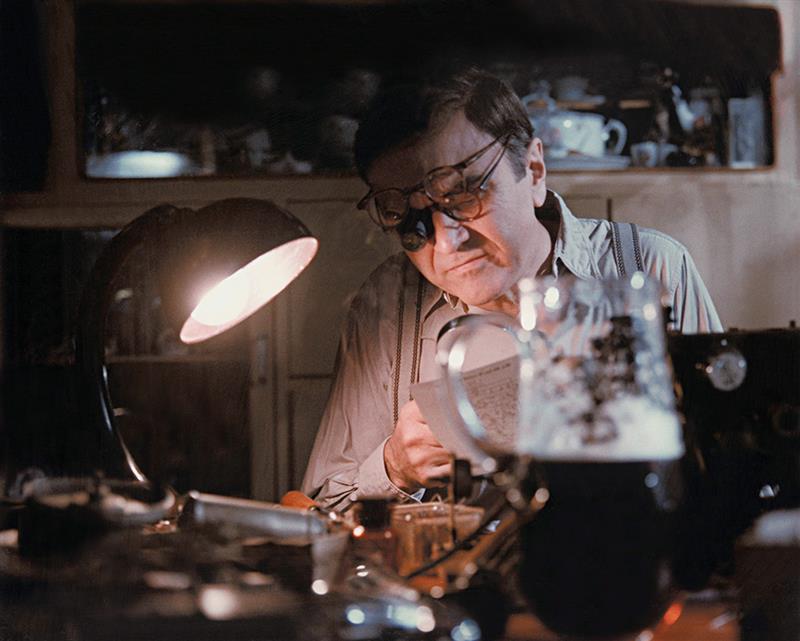 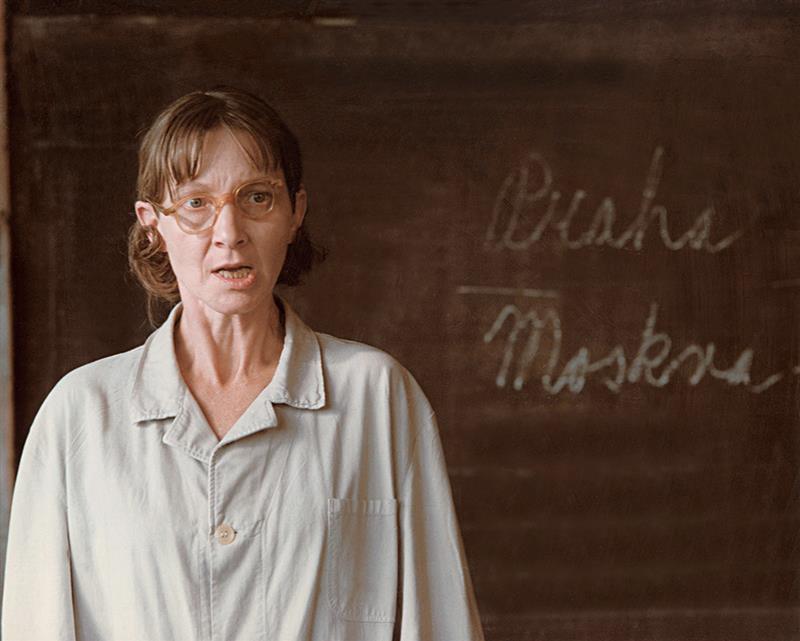 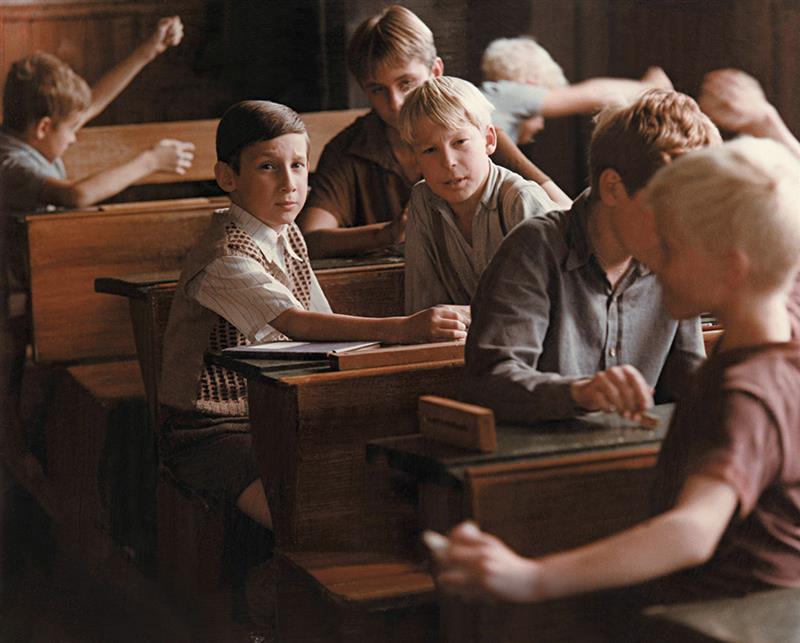