Screenwriter Jan Procházka and director Karel Kachyňa made many excellent films in the 1960s, including Ať žije republika! (Long Live the Republic!, 1965), Kočár do Vídně (A Carriage Going to Vienna, 1966) and Ucho (The Ear, 1970). This severe balladic film, inspired by Procházka’s novella Svatá noc (Holy Night), takes place in the 1950s. It explores the clash of two equally fanatical beliefs, and two radically different life attitudes: a religious and a communist one. However, the authors clearly side with the protagonist, a young former nun, who returns to her home farm in Southern Moravia after her father’s suicide. “The Miss” decides to work the farm alone, with the help of the potty Ambrož, and accepts a job in the local farmer’s cooperative. Refusing to abandon her faith, she attends the midnight mass, inspiring the rest of the villagers. They perceive her as the symbol of former authority and worship her as the Holy Virgin. The fanatical protagonist, later accused of pride and blasphemy by the local priest, gains a mortal adversary in the embittered Picin, chief of the local cooperative, who decides to crush the “Christmas rebellion” with a gun in his hand... This evocative film, shot in black-and-white by cinematographer Josef Illík, amounts to a country ballad that presents the 1950s as an era in which the old order is dying but the new communist regime cannot fully replace it. The protagonists wallow in guilt and despair, unable to gain forgiveness because the traditional religious beliefs and ideals of humility, steeped in the cycles of nature and the changing seasons of husbandry, have disappeared. In one of her greatest dramatic roles, Jana Brejchová gives an amazing performance as the Miss, imbuing her heroine with deep spirituality and ordinary humanity. The part of the rationalist Picin was given to Mnislav Hofmann, who mainly worked for theatre and had mostly minor roles in film. As the local priest, Josef Kemr lends great moral authority to his character.

One day of autumn 1950, during the forced collectivization, the farmers lead their cattle into the common stables of the new cooperative. The cooperative's chairman, Picin, publicly calls out the farmers' names. Only one among the farmers - the rich farmer Konvalinka - opposes the imposed violence in a horrific way, shooting all his cattle and himself committing suicide. The village witnesses the return of Konvalinka's daughter, nicknamed Miss [Slečna], a former nun whose cloister was closed by the new regime. She is running the remaining property alone, only with the help of the village fool Ambrož. Besides that, Miss is also feeding the cooperative's pigs. The farm-labourer Ambrož becomes the target of disgusting jokes suggesting a sexual relationship with the strict young woman employer. Picin is well aware that the members of the cooperative steal grain and not all of them have handed over their guns. Before Christmas, Miss decides to revive the village tradition and goes to the banned midnight mass on sledge. Clad in a nun's habit, she arrives at the church and blesses the people. The religious excitement of the crowd of villagers makes the priest serve the ceremony. Picin's common-law wife Filipa dies, and while the undertaker and his wife prepare her for the grave, Picin sets off to the church with a loaded gun. The priest, in front of the gathered people, scolds the former nun for pride and the young woman runs away to the fields, where in the freeze out to death. Picin, desperate of Filipa's death and blinded by hatred, shoots dead one of the farmers in front of the church. Miss dies in the frost and the members of militia arrive to the village from town. 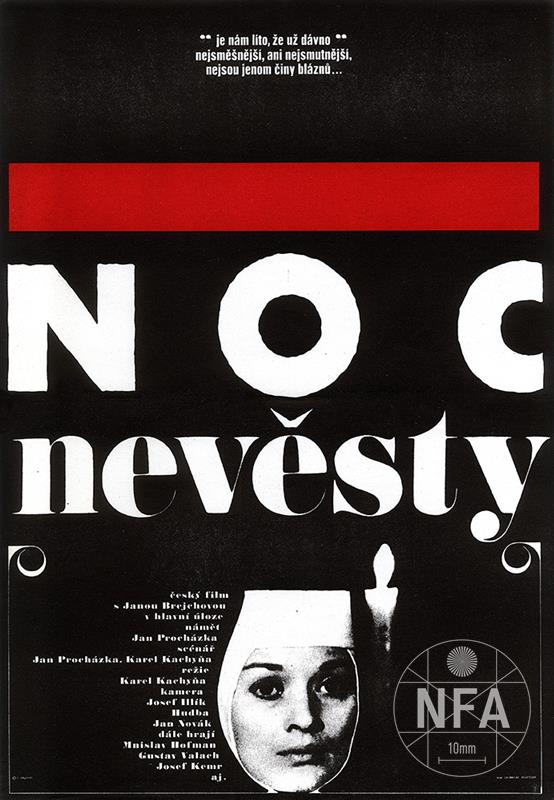 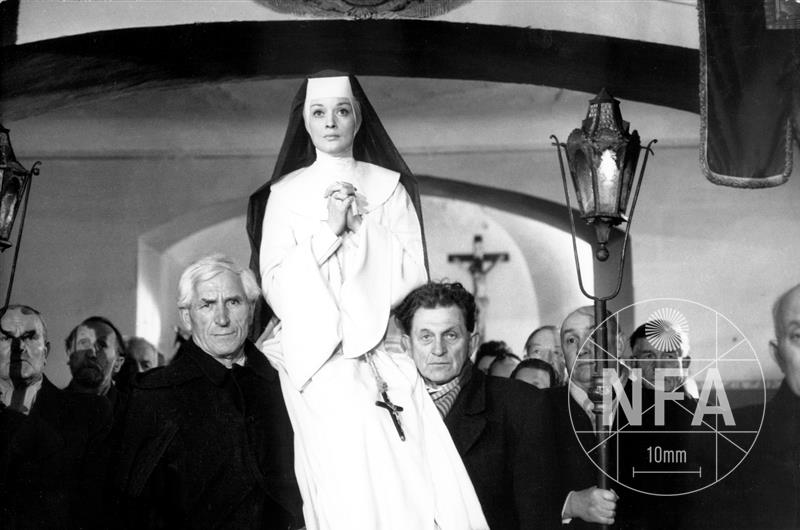 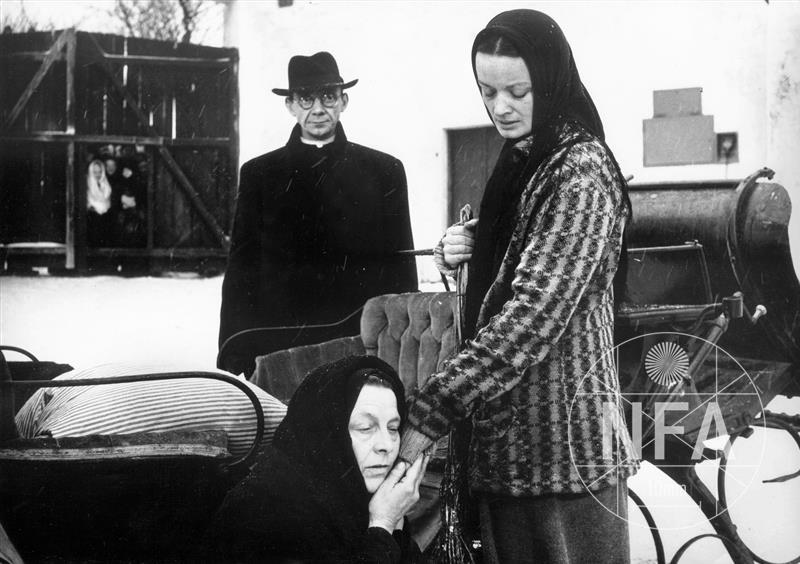 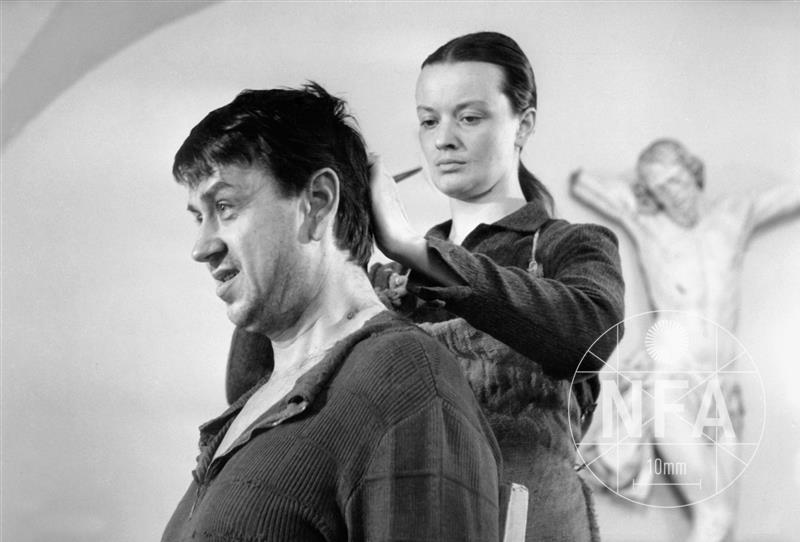