Based on František Langre’s theatrical play Obrácení Ferdyše Pištory (Turning Ferdyš Pištora), this 1970 screen adaptation was directed by Vladimír Čech. Made as a musical comedy, the film is set in Prague’s Old Town during the 1920s. In what is Martin Štěpánek’s first major film role, the actor portrays a petty criminal who falls for Tereza (Kateřina Macháčková), a charming member of the Salvation Army. When Ferdyš saves the children of a wealthy banker (Martin Růžek) from a fire during a burglary attempt, he is rewarded with a job as a messenger boy. Henceforth, Ferdyš devotes his energies towards leading a model life. But such a transformation is not to the liking of former lover Irma (Alena Vránová); nor is Tereza too happy, wanting only to be part of a normal life at the side of her beloved Ferdyš. This light-hearted film sought to bring viewers some escapism amidst the real-life encroachment of the “normalisation” era. Musical numbers come by way of Pavel Kopta and Angelo Michajlov.

In the Prague Old Town and the adjoining streets there is always plenty of life. Housewives shop, beggars arouse sympathy, the Salvation Army tries to put the godless on the road to salvation by hymns and sermons, and Ferdyš Pištora hunts in the pockets of his fellow men and isn't even put off by the presence of an officer of the law. Wandering through all this street bustle come young Terezka, hopelessly looking for a livelihood in Prague. In the end she takes part in a competition held by the Salvation Army and wins convincingly with her account of her sins and attempts to reform. Ferdyš sets off to burgle villa of the banker Rosenštok, but a fire breaks out in the house and Ferdyš ends up saving the banker's two small children. For this he is celebrated as a hero and gets a place as an errand boy with the Rosenštoks. At home he is visited by representatives of the Salvation Army, Captain Kosterka and Terezka, with whom Ferdyš instantly falls in love. He changes completely and begins to insist on model behaviour even from other people. This does not please the other people, especially his former lover Irma. Terezka, who returns Ferdyš's love, is jealous of Irma. To gain respect, she details many of her sins in front of Irma and Ferdyš and even claims to have killed the industrialist Dvořák. Ferdyš is horrified and wants to save the beloved girl, and so he goes to give himself up to the police as the murderer. But the police throw him out, and then Terezka confesses to him that she made it all up. Ferdyš stops moralizing and marries Terezka. 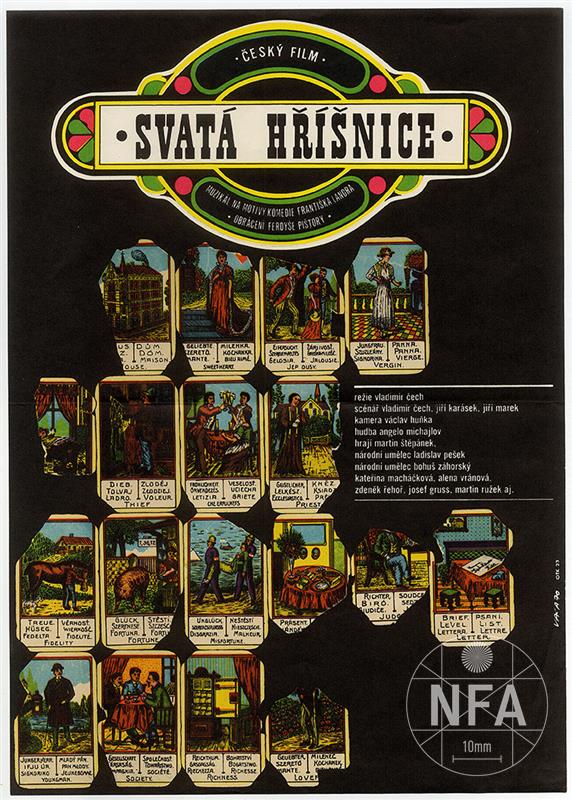