It’s very unlikely that a discussion over which Czech fairytale movies might enjoy timeless popularity would overlook this renowned feature, a 1973 motion picture made by Václav Vorlíček. Actually a Czech-German co-production, it was released as the first of three classically interpreted fairytales created by Vorlíček, a well-known director of popular fantasy entertainments (1977 brought Jak se budí princezny – The Best Way of Waking Up Princesses; 1978 saw the distribution of Princ a Večernice – The Prince and the Evening Star). Much of the credit for Tři oříšky pro Popelku (Three Nuts for Cinderella) goes to the screenwriter František Pavlíček. As he had fallen out of favour with the communist regime, Pavlíček was barred from participating in cultural activities. Nevertheless, he wrote the screenplay and proceeded to hide behind the name of his colleague, Bohumila Zelenková, in the film credits. Previously, for the film Princ Bajaja (Prince Bayaya, 1971), Eva Košlerová lent him her name in the same fashion. To script Tři oříšky pro Popelku, Pavlíček sensitively intertwined two tales by 19th century Czech writer Božena Němcová: O Popelce (About Cinderella) and O třech sestrách (About Three Sisters). Simultaneously, he ensured the protagonists were enhanced with more complex motives and more attractive pastimes and predilections. Director Vorlíček’s Popelka (“Cinderella”), masterfully interpreted by Libuše Šafránková, may be a poor, scorned servant in the opulent home of her stepmother, but she knows how to ride a horse, shoot a crossbow and hunt. Next to the emancipated heroine, who also cuts a convincing presence in male clothing, Pavel Trávníček’s prince comes across as a devil-may-care young man, more interested in having fun with his friends than in marriage and courtly duties. The determined beauty, who makes a dazzling appearance at the royal ball at which the noble young man is supposed to find a bride, gives her beloved a much-needed lesson in independence and maturity.... This mildly modernised fairytale is somewhat modest when it comes to true magic: the only supernatural elements are the heroine’s animal friends and the titular hazlenuts, which magic up the outfit the heroine requires to win the Prince’s heart. Alongside the Czech actors (with Šafránková at the fore, Trávníček playing her princely suitor and Vladimír Menšík performing as the energetic farmhand Vincek), the German contribution to the cast includes Rolf Hoppe as the king, Karin Lesch as the queen and Carola Braunbock as Cinderella’s uncharitable stepmother. Karel Svoboda’s song Kdepak ty ptáčku hnízdo máš (Where is your nest little bird?), recorded for the film by Karel Gott, achieved cult status.

The owners of a large estate are getting ready for the arrival of the king and his suite. The mistress of the estate and her daughter Dora, whose beauty leaves a lot to be desired, have titivated their looks to impress the young prince, for whom the king and queen are seeking a bride. Dora's step-sister, Popelka (Cinderella), was cast out to live with the servants, but her beauty and warm-hearted manner earned her the love of all - people as well as animals. Only her step-mother and Dora hate her. Just before the king's arrival, Popelka sticks up for a cook's young apprentice and as a punishment, she has to pick peas out of a bowl of cinder. As the pigeons offer their help, Popelka can enjoy a ride on her beloved horse called Jurášek. In a forest, she meets three young hunters, whose hunt she spoils. The prince, one of the hunters, admires Popelka's courage and skill. In the meantime, Popelka's step-mother compels the invitation to a ball from the king. After the king's departure, she sends her servant Vincek to a nearby town to buy jewels and cloth for new dresses. Popelka gets only three hazel nuts, which she hides among her treasures in the granary. One of the hazelnuts falls and cracks open to unfold a beautiful hunter's suit. Popelka puts it on and takes Jurášek for a ride. In the forest she again meets the prince and his friends. As she is brilliant with her cross-bow, she wins the shooting competition and disappears. In the evening, after Dora with her mother leave for the ball, Popelka cracks the second magic nut, which reveals a beautiful dress, and she goes to join the ball at the royal chateau. She is the most stunning beauty of all and the prince falls in love with her. Popelka, however, asks him riddles, which should reveal her true identity to the prince. As the prince cannot answer, Popelka runs away. During her escape, she loses her shoe. The prince follows her all the way to the estate, where he demands to see all young girls in residence and by trying on the shoe, he wants to find Popelka. However, Popelka has been imprisoned by the step-mother and Dora's foot is too big for the shoe. Popelka manages to escape, she puts on a wedding dress that she found in the last third magic nut and rides on Jurášek into the fields. When the prince catches up with her, Popelka helps him to answer the crucial questions and accepts the prince's proposal of marriage.

In the introductory titles of the film Bohumila Zelenková her name be used instead of the screenplay writer František Pavlíček, who could not be credited as the author at the time for political reasons. This theme had already been treated in a Czech film under the title Cinderella (Dir: Josef Kokeisl, 1929). 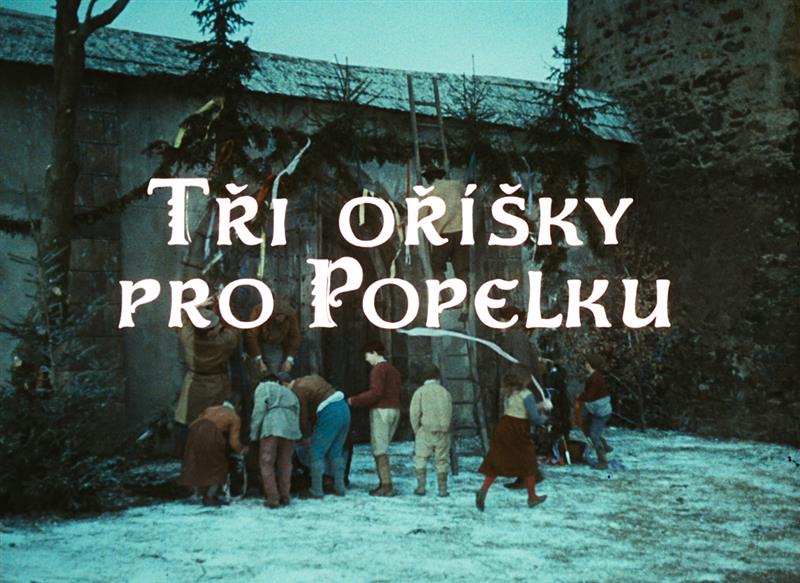 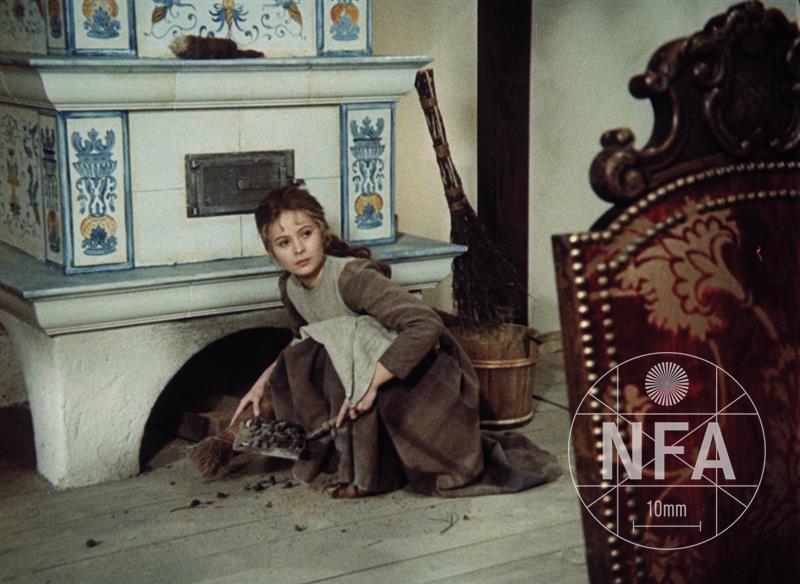 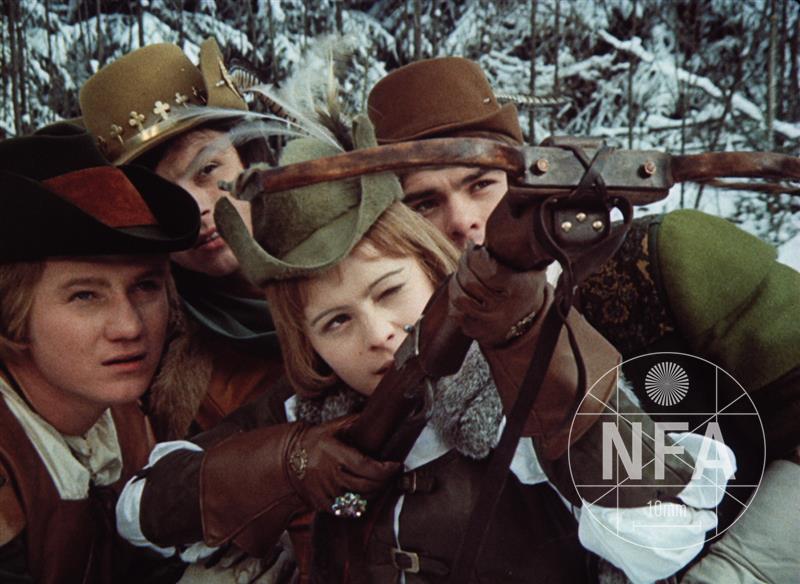 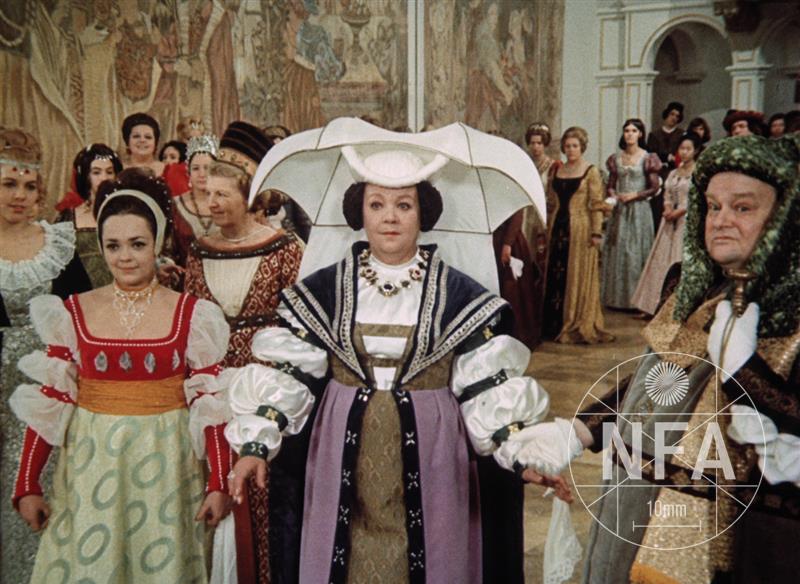 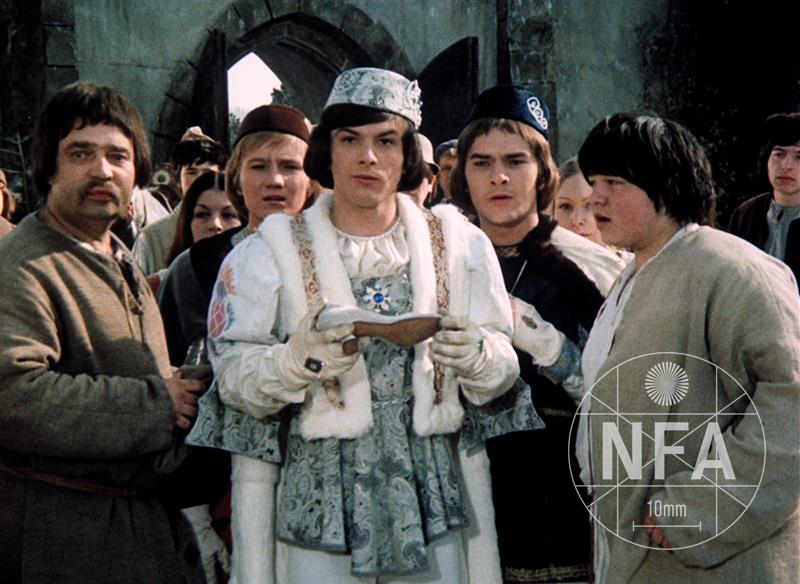 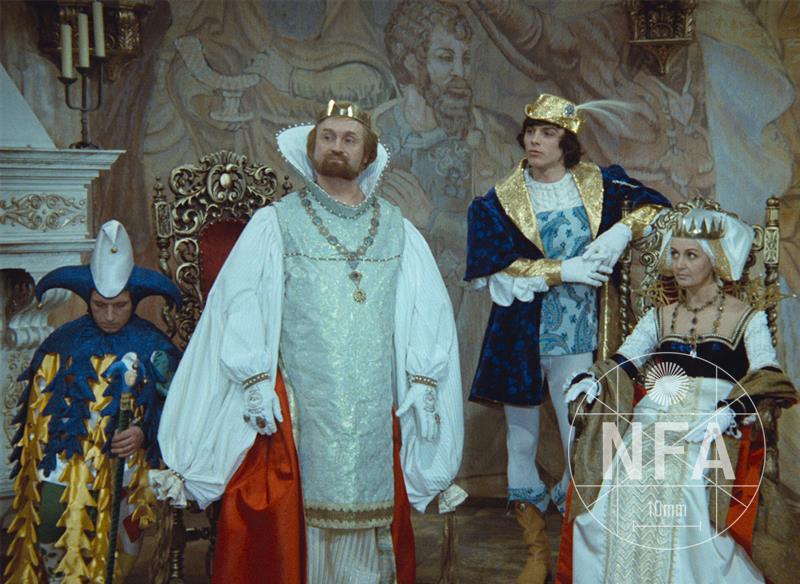 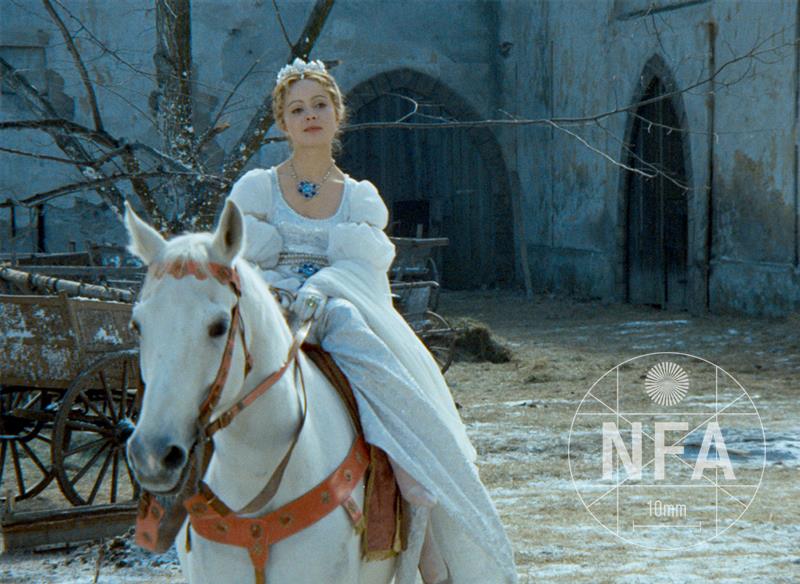