A funfair or a football match with the boys from a neighbouring village – these are always important events in a village child’s life, and it is around these occasions that this classic picture from seasoned director Věra Plívová-Šimková is centred. It is the siblings Žaneta and Janek that are the catalyst for the action in this 1973 release, one of the most popular children’s films of the 1970s. After they arrive in the village along with the showmen, Žaneta gets herself embroiled in a quarrel after failing to return a scrapbook to local girl Markéta. The scrapbook contains the last drawings of Markéta's beloved grandpa, drawn before he passed away. Janek, meanwhile, also gets into trouble, but through no fault of his own. His exceptional football skills – thanks to which Bystré’s team wins every match – make him the target of attacks carried out by boys from the neighbouring village of Skuhrov. The boys decide to lure him into the forest and imprison him in a cave. Although Přijela k nám pouť (The Funfair has Arrived) marks the beginning of a long string of optimistic films typical of the “normalisation” era (the period saw the restoration of the firm communist-imposed conditions that prevailed before the 1960s reforms led by Alexander Dubček), it still offers a rawer depiction of the world of children; it amounts to an echo of the more realistic perspectives offered by cinema during the sixties in Czechoslovakia. Žaneta bears the pain of never having known her mother and the quarrels she experiences with other children are at times more akin to episodes of brutal bullying. Overall, however, this film exudes a positive atmosphere that overcomes all of its shadows. The merry-go-round and the meadow teeming with butterflies help the stars to forget about a reality that is full of contradictions. The longstanding popularity of this motion picture is also down to its host of catchy songs – co-written by Czech songwriter Petr Skoumal, who also composed the score. Another important aspect of this film is the cast, which performs so naturally. The then 20-year-old Libuše Šafránková plays the teacher (the film also offers a glimpse of her sister Miroslava who appears as a girl passing by at the funfair). It is Libuše who so famously performs in the title role of the acclaimed family drama and fantasy picture Tři oříšky pro Popelku (Three Nuts for Cinderella). Children's parts are also taken by talented newcomers, including Yvetta Kornová, Zuzana Bydžovská, Marek Vašut and Miroslav Vladyka.

Children from the village Bystrá are awaiting a nice and thrilling weekend. On Saturday they will play the championship football match with the nonresident boys from the village Skuhrov, on Sunday there will be the funfair with merry-go-round, swings and stalls with dainties. The members of the family of the merry-go-round man are brother and sister Janek and Žaneta Mareks whom the children have known since the last year. At that time Žaneta made friends with girls and Janek, an excellent football player, has been a welcome support of the football club. A year ago Žaneta's greatest girlfriend was Markéta. But now Markéta is avoiding her. Namely, Žaneta has not returned her the album with the last drawings of Markéta's grandfather. The Skuhrov boys know that they will lose the match if Janek plays for Bystrá. Therefore they employ their captain's sister who manages to allure Janek in a cave. Here the boys block up the exit. In the village nobody knows what has become of Janek. The match is opening; Markéta is watching that their team is losing. She prefers running away and at home she learns that Žaneta has returned her the album. Before they become friends again she has to take to her grandmother to Skuhrov the cakes. On the way she sets free Janek and for the eaten cakes she gains twenty rides on the merry-go-round free. The children from Bystrá suppose that Janek has betrayed them and therefore they proclaim boycott of the funfair. Punishment for its breaking is throwing down to the muddy pond. It overtakes Markéta as well, and in addition, the boys cut her beautiful long hair, however, Markéta makes fun of everything. She has got again Žaneta's friendship and knows why her girlfriend has kept the album: Tony of the merry-go-round has drawn there the face of mother whom Žaneta has never got to know.

The author of the protrait in the album is Věra Plívová-Šimková. 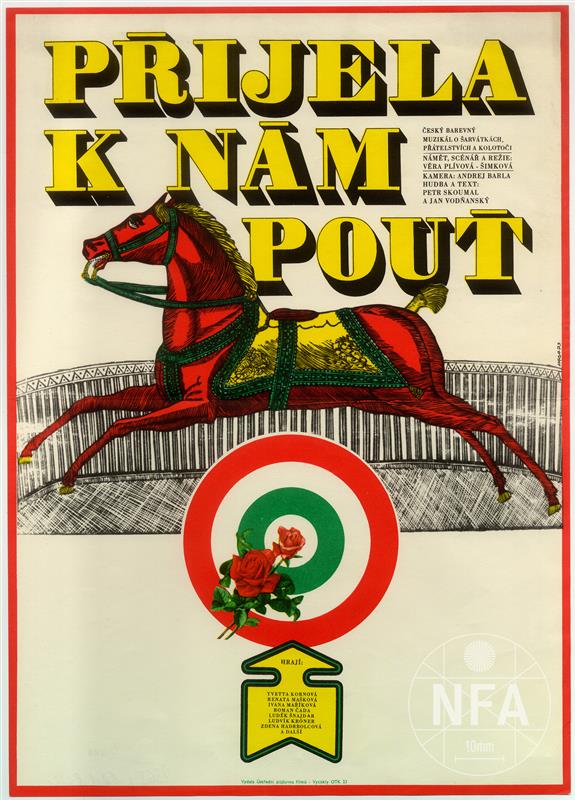 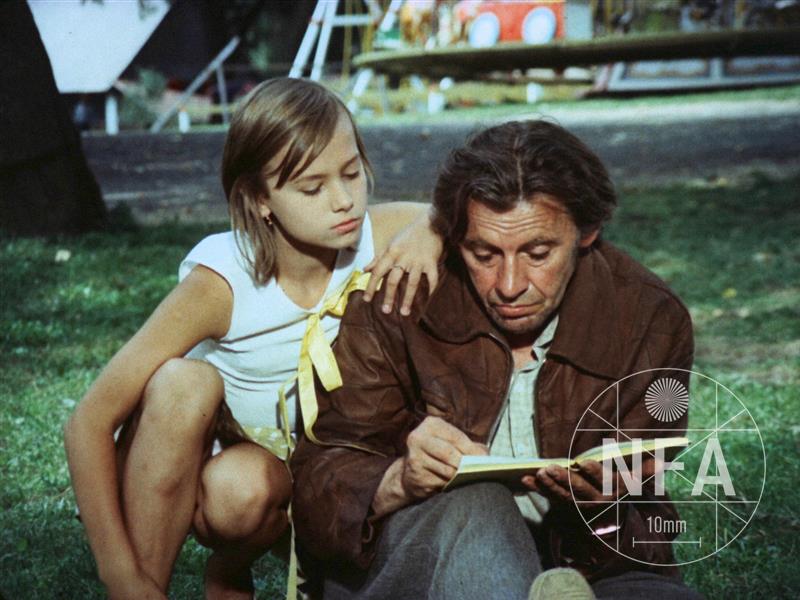 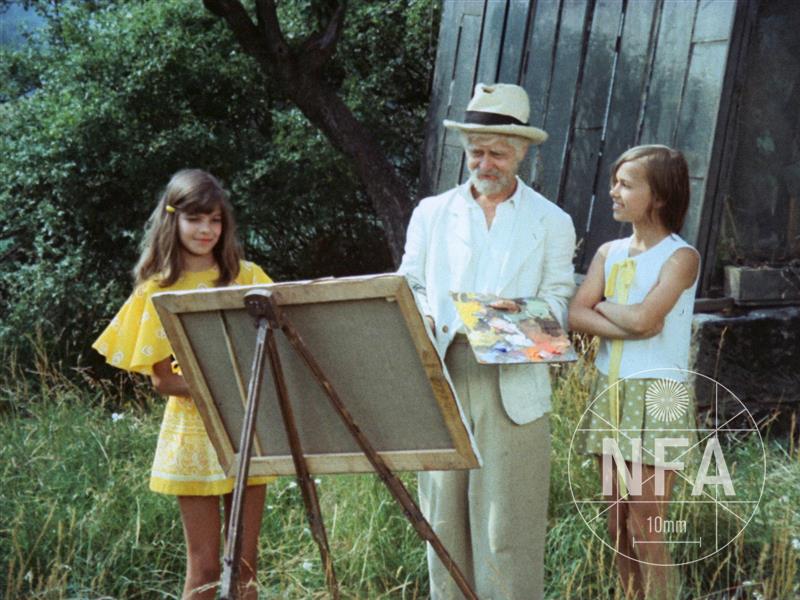 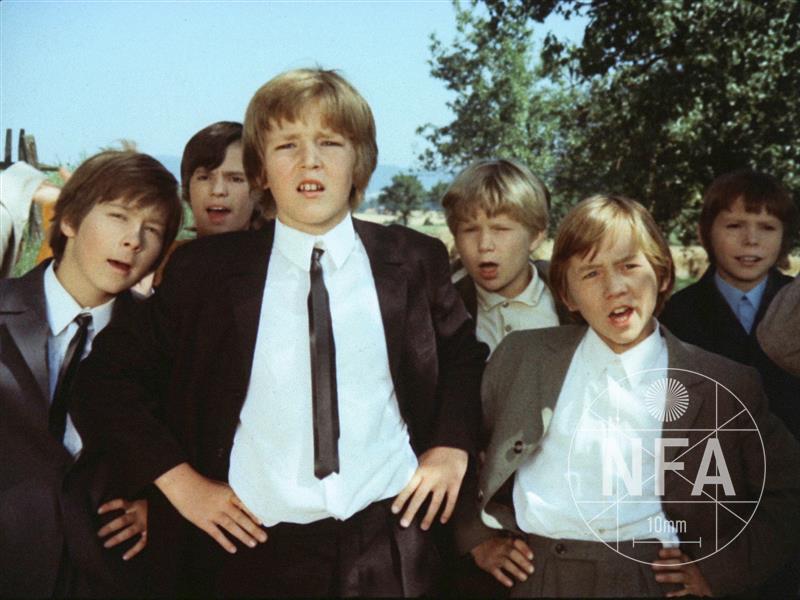