An apprentice of the Tesla company in Hloubětín in Prague, called Píďa comes from Pardubice city and the new employee Maruna comes from Šlapanice village - they don't know Prague well. Therefore they make a date at the Wenceslas Square in the centre. Píďa is chatty, has a sense for humour and is therefore popular. Girls from the warehouse overhear as he is arranging his first date and they decide to follow the couple. Píďa buys two cinema tickets and Maruna imposes at least one crown upon him. The girls break their first shy sentences with teasing and Píďa is offended and leaves. He gives the small bouquet for Maruna to a passing-by singer Vondráčková. A driver who runs into a standing small Fiat car thinks that Píďa is the car owner and he imposes 100 crowns upon him for a repair. For this money Píďa invites accidentally met girls for a discotheque to the Socialist Youth Movement Junior Klub. Now it is Maruna who is offended. During the crazy night Píďa meets pop singers who as an inseparable group perform in various Prague establishments for young people. Several times he also gets a hundred-crown-note: from a slot machine, as a loan from the singer Urbánková, from a fresh father for a bouquet of flowers which he got from the singer Vondráčková for Maruna. A few times in the night he has just one crown left. In the end the singers takes Píďa to a music studio for a recording. A night full of singing and mutual meetings and leave-takings is over. Píďa is taken by the singers to his hostel and he even gets a kiss. In the end the couple in love make it up again and Píďa confesses his love to Maruna. 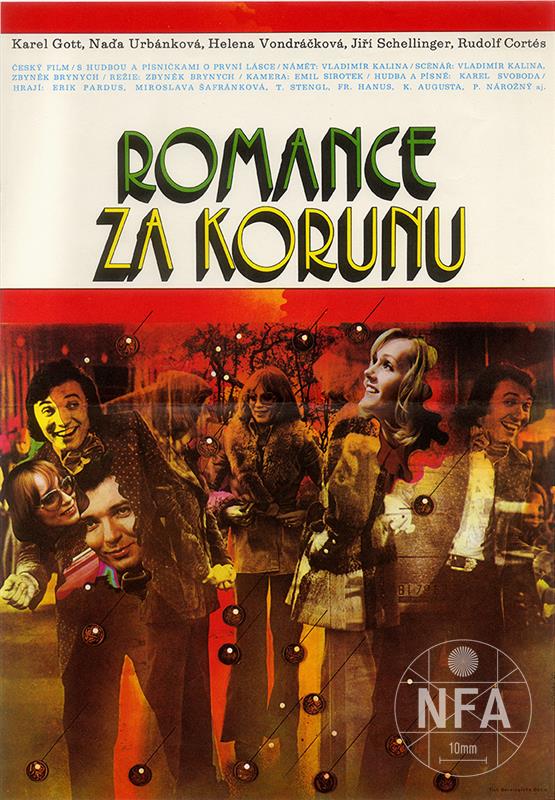