Two fairytale adaptations of director Oldřich Lipský became audience favourites that now rank among Czech national film treasures – Ať žijí duchové! (Long Live Ghots!, 1977), a summertime comedy, and Tři veteráni (The Three Veterans, 1983), namely the variation written by Jan Werich. Zdeněk Svěrák worked on both screenplays. With actor Antonín Jedliček in mind, he radically rewrote Jiří Melíšek’s original script for Ať žijí duchové!, now a cult classic, removing the storyline about pioneers in the communist regime’s “Initiative Z” volunteer work scheme, and so also the ideology of that era disappeared from the picture. What remains is a charming, timeless story about village children who holiday together at a local castle ruin. With the help of friendly supernatural beings – the Knight Brtník of Brtník (played briliantly by Jiří Sovák) and the nobleman’s daughter Leontýnka (charmingly portrayed by child actor Dana Vávrová) – they transform the dark neglected ruin into a cozy playhouse. During this time of rigid “normalisation”, apolitical, pure dramas, such as this picture arose. The light summertime character of the film is encapsulated in the songs of debuting composer Jaroslava Uhlíř, who quickly became a popular favourite. The picture was also a masterpiece in terms of “product placement” (weaving a Pribináček snack and Alpa drink into the narrative). The film owes its success also to legendary cinematographer Vladimír Novotný, an expert in trick camera work, who, cooperating with Oldřich Lipský on Limonadový Joe (Lemonade Joe, 1964) and Šest medvědů s Cibulkou (Six Bears and Cibulka, 1972), met the script’s needs quite inventively and precisely. For the scenes with children and hardworking dwarves, Novotný dreamt up seemingly simple spatial tricks which remain extremely impressive even today, using “false” perspectives directly into the camera.

Friends from a boyish group would like to prove their bravery. Their leader Jenda decides that in the evening they will go in couples to sign on the wall of a dungeon of a desolate and shabby castle Brtník. Adámek and Vendelín put down their names but they run away from ghostly frightening and howling. Jenda and Zrzek sink through the floor just after catching sight of a flaming inscription: "Be off with you, out-landers!" The children long for a clubroom at the castle and therefore Jenda goes to ask for a permission. But Jouza, a manager of the grocery, would like to produce champignons at the castle. The school head-master Vávra fans the children and visits with them the castle and the game-keeper's lodge where he settles on supplying them with beams for a new roof in exchange of planting out new trees. In the evening, while the first night bird is crying, the children see an apparition, a little girl Leontýnka, dressed in an ancient style. She and her father, knight Brtník, inhabit as ghosts the castle and are interfered with the interest of people. But Leontýnka likes Jenda and for a change knight gets to like drinking mentholated spirit called Francovka which is promptly provided for him by Pepa Boháček. That is why Brtník asks for help wood elfs and they, as if by magic, build up overnight the new roof of the castle. The children achieve a permission to create a clubroom and later on they repair the castle themselves - without magic spells. Brtník returns to his ghost home alone. Leontýnka, being given the ox-eye daisy by Jenda from love, stays to live with people. 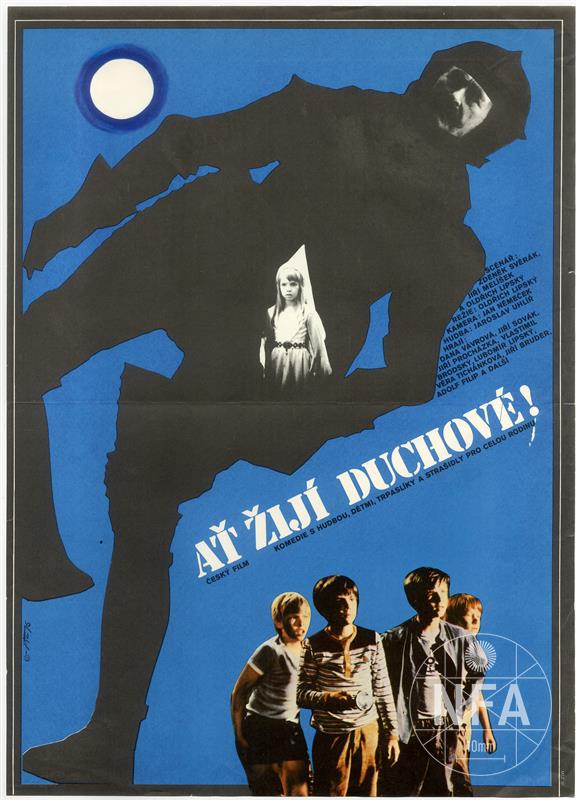 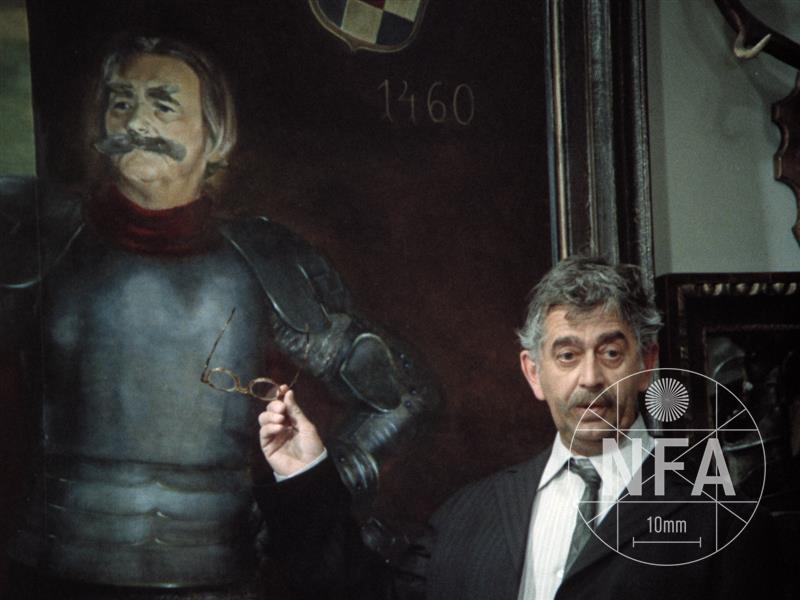 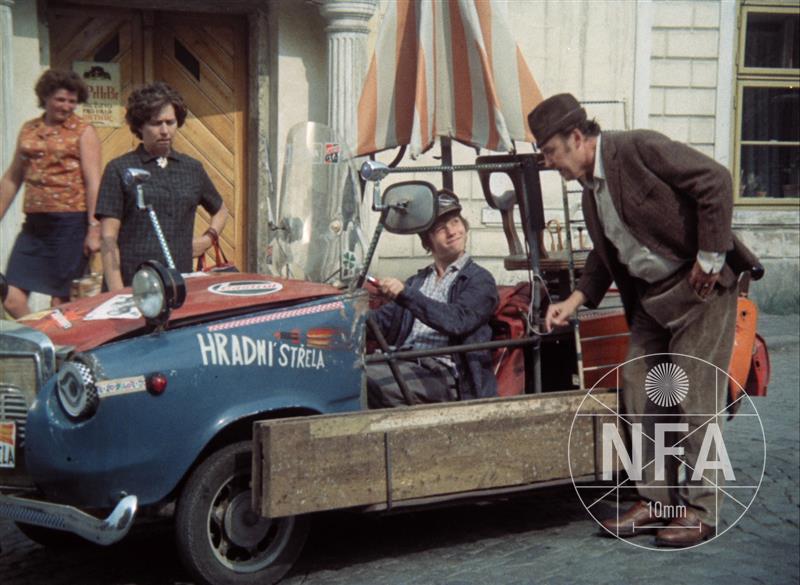 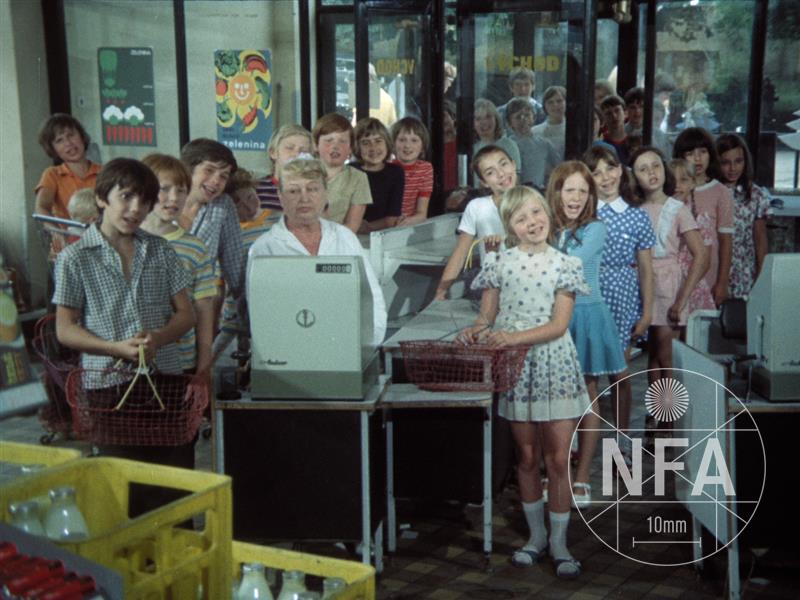 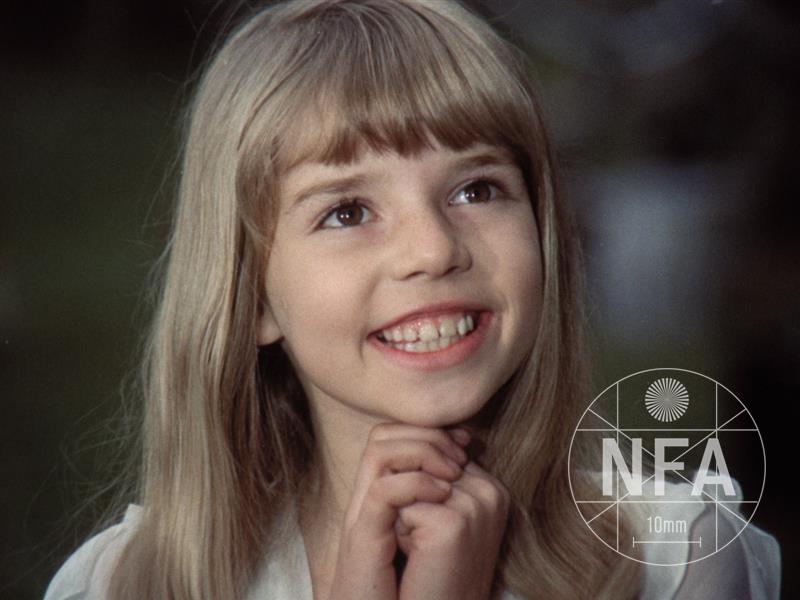 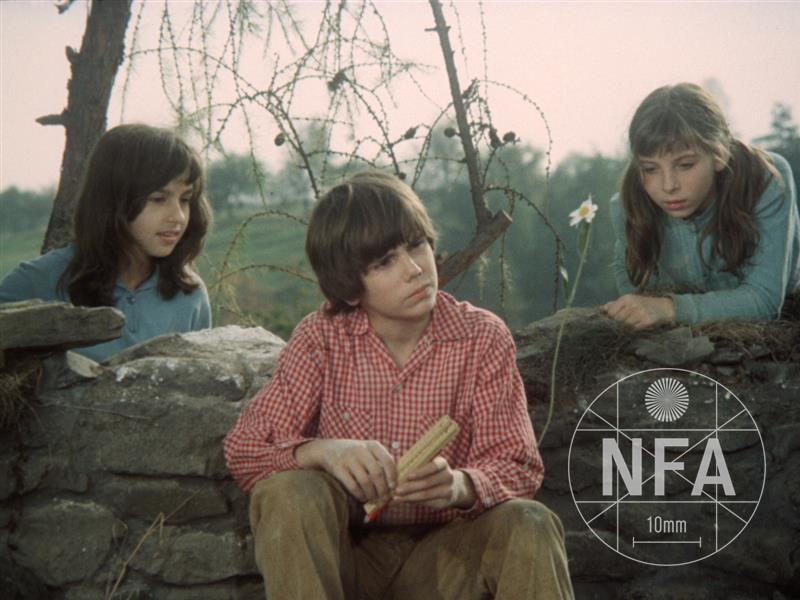