Zdeněk Svěrák and Ladislav Smoljak’s films have been considered Czech national treasures since 1974 when their comedy Jáchyme, hoď ho do stroje! (Joachim, Put Him into the Machine!) premiered in cinemas. The veteran director Oldřich Lipský was at the helm while Svěrák and Smoljak, both prominent figures in the Jára Cimrman Theatre among other things, provided the script. “Jáchym” was among the duo’s films not linked to the theatre’s ensemble or the legacy of Jára Cimrman, its fictional Czech genius namesake. Although unrelated to the theatre’s repertoire, Na samotě u lesa (A Cottage Near the Woods), “Marečku, podejte mi pero!” (Marečku, podejte mi pero!, both 1976), Kulový blesk (Ball-Lighting, 1978) and Vrchní, prchni (Waiter, Scarper!, 1980) still benefit from the same kind of intelligent, sarcastic humour. Vrchní, prchni! is certainly one of the pinnacles of cinematographic collaboration between Svěrák and Smoljak; the former provided the script and the latter directed the tragicomedy. One of the best comedies of the 1970s and 1980s, it presents an iconic “home-bred” story, akin to that of Kristian (1939). Like Kristian, the inconspicuous bookseller Dalibor Vrána (whose insatiable appetite for women leaves him to pay alimony to numerous ex-wives), also spends his evenings living an elegant if secret double life. By chance he discovers that when he is wearing his violinist’s tailcoat people dining in restaurants are prone to mistake him for a waiter, allowing him to collect payments from them. As a fake waiter he begins to haunt restaurateurs across the country. Since the filmmakers never lost sight of morals, Dalibor is eventually caught… The timeless picture presents a character sliding into middle age, crushed by his dull everyday reality. His “overtime” work allows Vrána to find creative self-fulfilment which also brings him the extra money he has long craved. Yet he remains an unconditionally likeable character whose trickery seems like a harmless excess in the framework of the evident though innominate socialist reality. The solemn fabric of the story was enhanced by Svěrák’s bravura, brilliant observations and scripted lines, which became part of popular culture. Smoljak’s directing remains unobtrusive throughout, though it did not stop the authors from staging a grandiose silent-film-style chase on the colonnade in Karlovy Vary (Carlsbad) as a finale. Josef Abrhám is just as magnificent in the lead role.

The bookstore manager Dalibor Vrána leaves for a high school reunion. He is wearing his only suit that he does not like, because wearing it he looks like a waiter. On his way to the reunion, he calls at a restaurant. One of the guests mistakes him with the headwaiter and forces him to take money. Reunion party takes place in a luxury house of Vyskočil, an old schoolmate of them. Vyskočil advises Vrána on numerous tricks to cheat and make good money. Dalibor thinks that all his schoolmates have a much higher level of living than he has, since he has always been lacking money. After the party he makes an important decision: to start the way to a wealthy life. During the day he works in the bookstore and in the evenings he goes to different restaurants, and pretending to be a headwaiter, he collects money from the guests. He is very successful in doing so; soon he can pay off his debts to his neighbour Pařízek (to reimburse for flooding their apartment), and later he can afford to buy a new car to replace his old "velorex" (a cheap three wheel textile-finished car). He extends his activities outside Prague. But unfortunately, the news about a faked waiter have spread to the media. Despite Dalibor acts very carefully, reacting to unexpected circumstances, he is eventually caught by police. He meets his schoolmate Vyskočil in prison, spending there 8 years. While sitting in prison, he learned to play violin. Upon being released, he takes a job of a violin player in a symphonic orchestra. After passing final exams at a hotel-management school, his son becomes a head waiter in a quality hotel in the Giant Mountains. 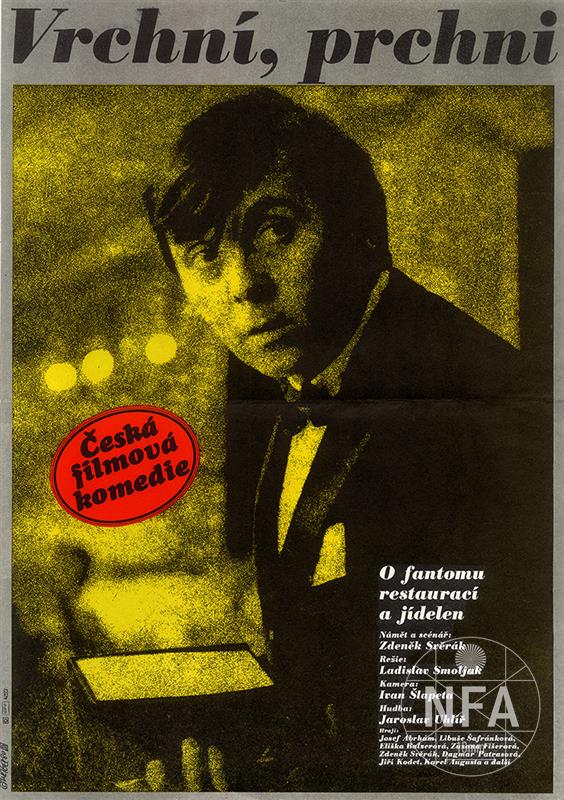 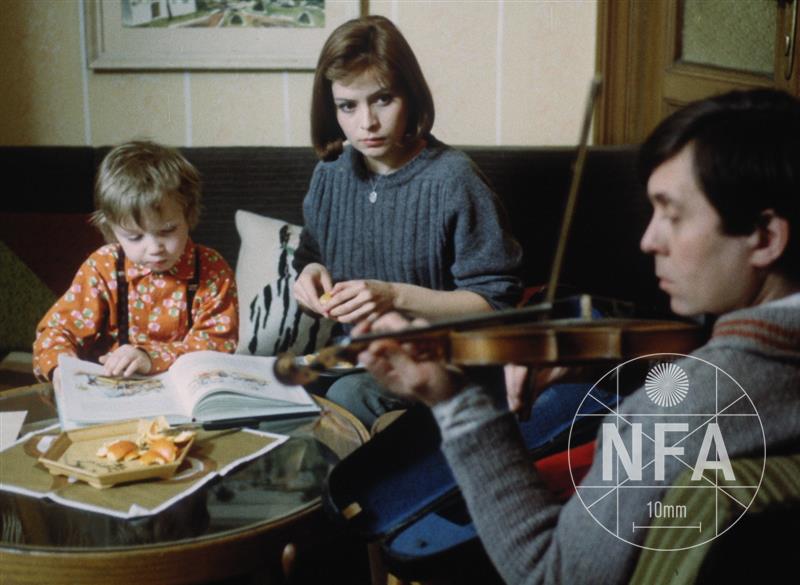 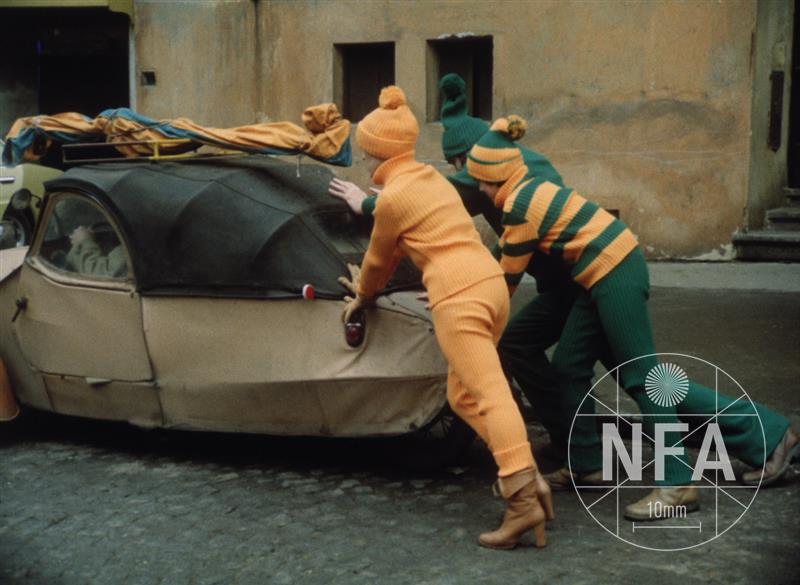 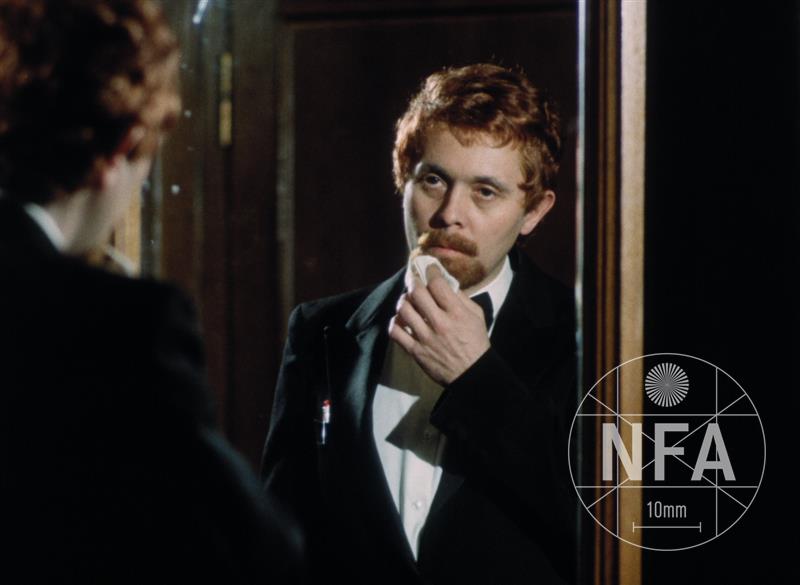 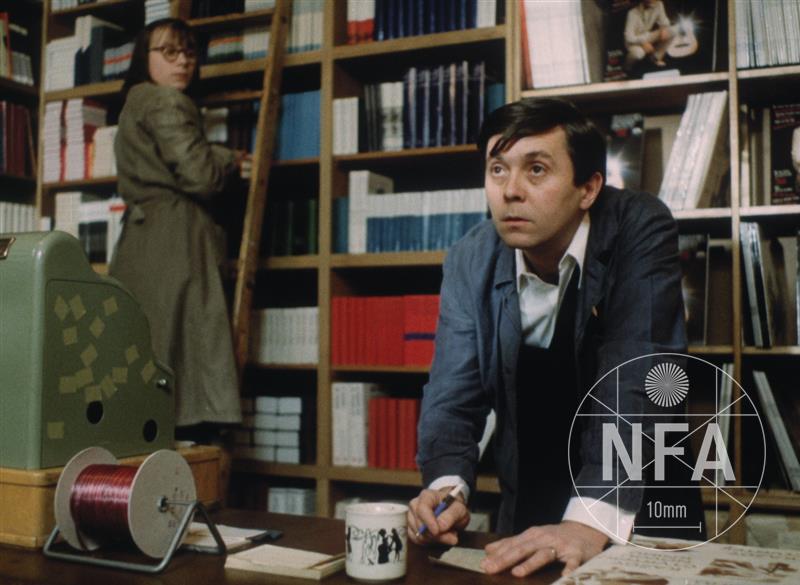 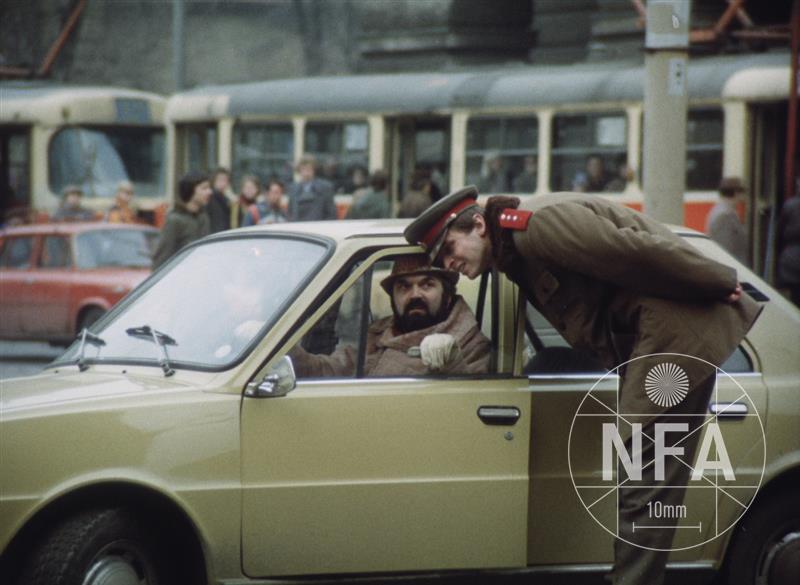