During the 1980s, director Jaroslav Soukup brought to Czechoslovak film production his interest in genre movies. Dostih (The Steeple-chase) is one such example, a 1981 sporting drama created with long-time screenwriting partner Miroslav Vaic. The movie combines the thrilling backdrop of the world of horse racing with a personal relationship drama. The main protagonists are two jockey friends – the fatalistic Sochor, who lives in the glare of former glories, and the self-confident Pečenka, whose rise to the top is halted by a fall. Sochor’s zest for life is reignited by a romantic encounter with his pal’s girlfriend Helena. He then decides to return to training as a jockey. Both leading men must battle in a race against the favourite Titan at the Velká pardubická steeplechase run, and also fight for the affections of Helena. The Steeple-chase benefits from strong performances by stars Ladislav Mrkvička (Sochor) and Pavel Zedníček (Pečenka), who also developed a taste for horse riding off-camera. Helena is played by Gabriela Osvaldová, who went on to become a successful songwriter. 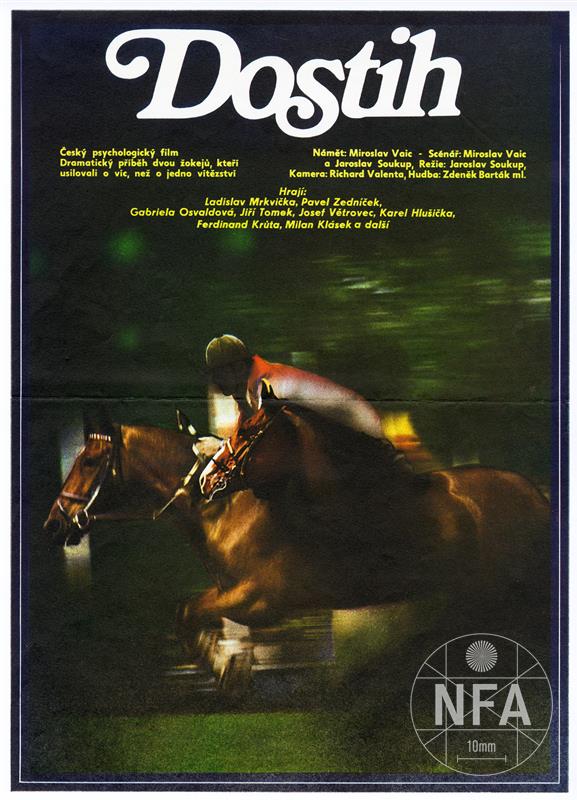 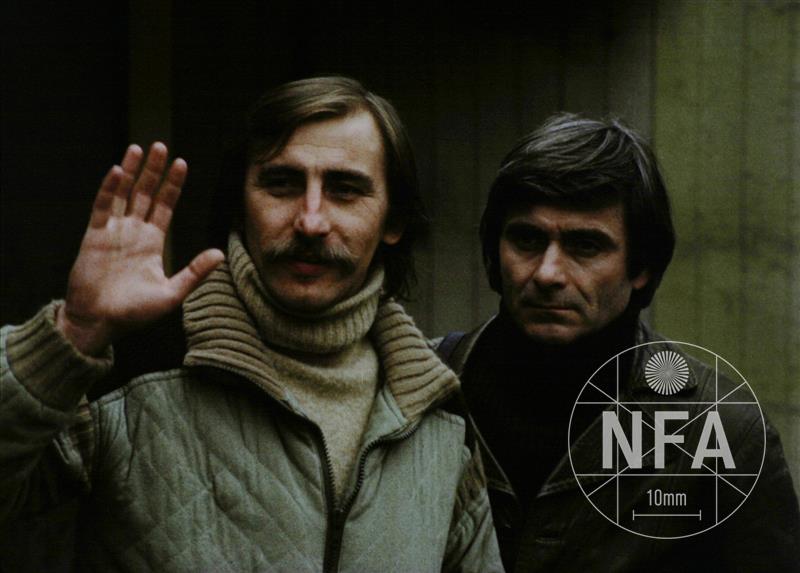 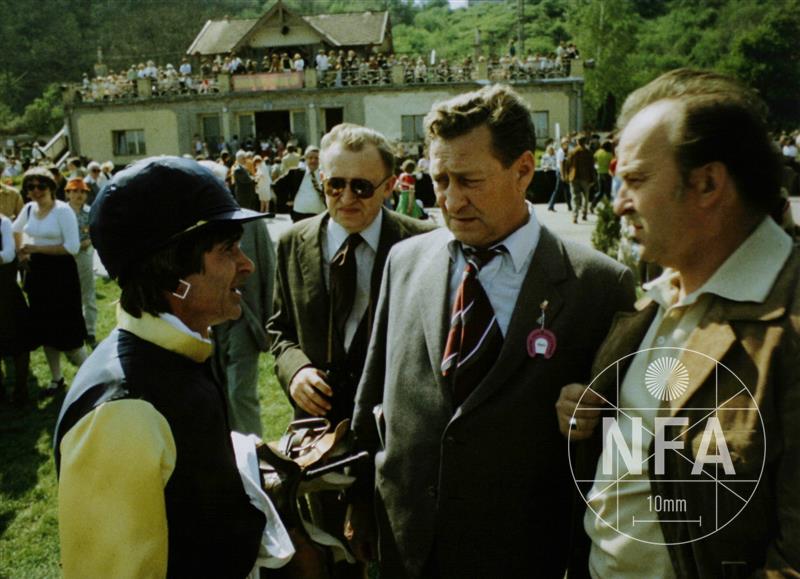 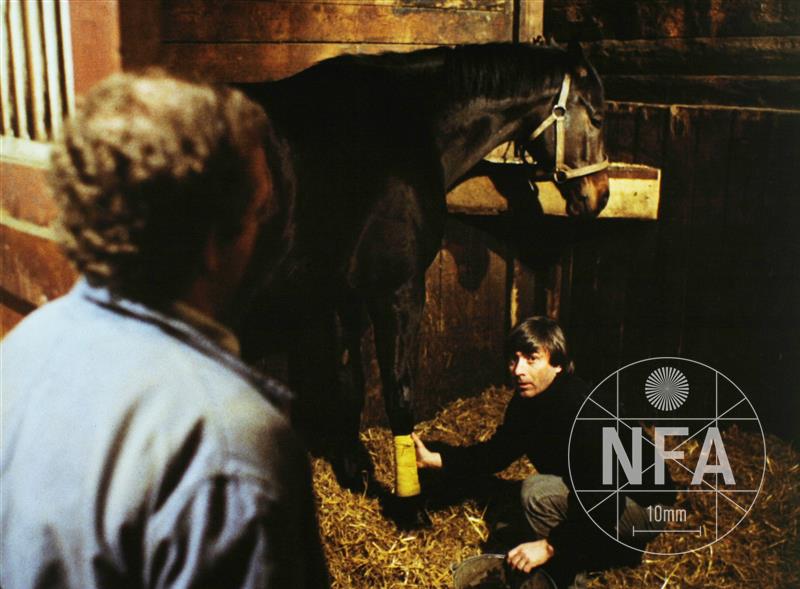