Baker Jan Racek is a very hard-working and sensible man. His great passion is pigeon-keeping and also, for many years, Růženka. They are going to get married but Racek is busy waiting for the pigeons' return and misses the wedding. The engaged couple is already getting a little older so the otherwise kind Růženka gets very angry at this and gives Racek an ultimatum - it's going to be her or the pigeons. Racek also has problems in his company Těspeč. He is protecting the slacker Kutílek for the sake of an old friendship and does the work for both of them. In addition, he still hasn't done any voluntary work in the Kladno mines since in his free time he helps out as a cook in the pub owned by his mother. After he gets pinned onto the notice board as a "disabled person" Racek becomes offended and takes a leave from work. He goes to Kladno to fetch a breeding pigeon and while looking for its owner finds himself inside the mine and accidentally goes down into the pit. When he discovers he won't get out of there so easily he joins the work. The unusual physical strain exhausts him entirely but he feels really happy in the end. He decides to join the voluntary work in the mine for a longer period. Růženka lets him keep breeding the pigeons after they're married and the lazybones Kutílek is fired from Těspeč. 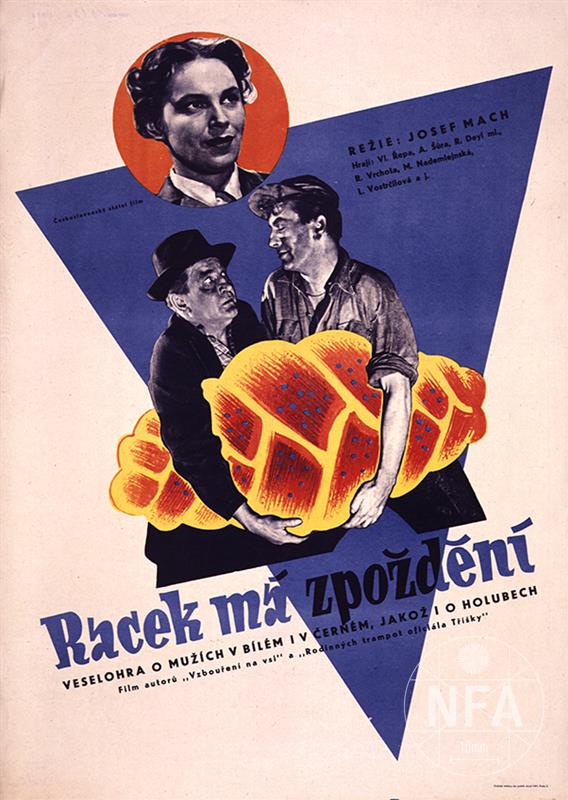