In 1963 Jindřich Polák expanded his filmography with his sci-fi feature Ikarie XB 1 (Icarus XB 1). Thanks to its motif, the film constitutes a unique piece of Czechoslovak cinematography. The screenplay – on which Pavel Juráček collaborated – is based on Stanisław Lem’s novel Obłok Magellana (The Magellanic Cloud). The humanistic narration set in the year 2163 tells the story of a spaceship with an international crew making a voyage to seek signs of life in the Alpha Centauri star system… The feature won an award at the Trieste International Science Fiction Film Festival and was subsequently sold to many countries including the USA. The American International Pictures company transformed it into the American B-movie Voyage to the End of the Universe with English dubbing and Anglicised names for both the actors and members of the production crew credited in the titles. The feature was also recut (an ideologically-coloured scene that depicts an encounter with a derelict spaceship from the era of capitalism was omitted, and a new ending was created).

It is year 2163 and the space ship Icarus XB 1 with the crew sets off to the Alfa Centauri planet system. Life on board has its firm rhythm, but after four months, the staff begins to display signs of boredom and annoyance. The celebration held on the occasion of the 110th birthday of the mathematician Anthony thus represents a welcome change. The entertainment is, however, interrupted by an alert - a mysterious space ship appears on the screen. In a rocket from 1987, the researchers Kubeš and Herold find the dead bodies of rich people who escaped from the endangered Earth long ago and later killed each other. Kubeš accidentally explodes an atomic weapon and both men die. Icarus continues on its way. Svenson and Michal have to step into outer space to mount a reserve motor. Shortly afterwards, Icarus falls under the influence of the Dark Star, whose radiation attenuates the biochemical reactions in all living organisms, and the whole crew thus falls asleep. Upon waking up they find out that a mysterious field of energy appeared between the space ship and the Dark Star and protected them. Michal and Svenson, who had been exposed to the radiation, however, fall ill. Fortunately, it proves possible to cure them. Icarus is getting close to the White Planet and the astronauts find out that the protective energy field was the work of the planet's inhabitants. They observe a fantastic city of the aliens on their screens. Yet before they land, the young astronaut Štefa delivers a baby. 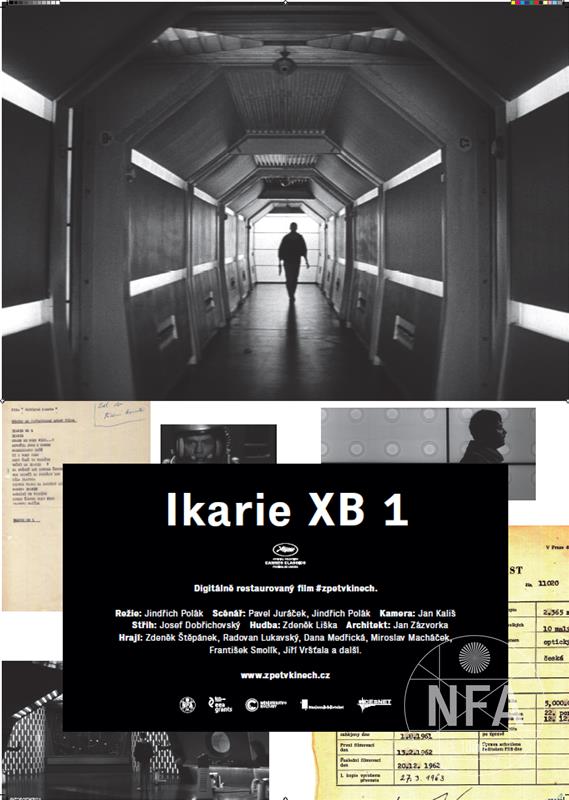