Screenwriter Josef Nesvadba had a penchant for science fiction but involved himself in a variety of film genres, with somewhat mixed results. Perhaps his most famous film is Zabil jsem Einsteina, pánové… (I Killed Einstein, Gentlemen!, 1969) but Slečna Golem (Miss Golem, 1972) also merits attention. This story of pretty hostess Věra, whose life is made difficult by her sinister clone, has become more pertinent as genetic science and cloning have gained prominence. Initially intended to look after Věra, “Miss Golem” – a chance creation by the inventor Petr – turns into a manipulating tyrant and as such invokes ultimate destruction, just like any other contrived being revolting against its human creators… Directed by Jaroslav Balík, the film features a talented cast headed by Jana Brejchová in the dual lead role and Jan Tříska as the inventor Petr.

It is the 1920's. The good-looking hostess Věra demonstrates household robots to visitors of the Futurum exhibition. Young inventor Petr comes to rescue of the girl when she tries to flee from two men wanting to take her away. Věra confesses that she has fled from home because her father, a factory owner, wanted to profitably marry her off. Petr is fascinated by the emancipated woman and shows her round his laboratory, where he plans to create a robot of his own - but one that would be far more advanced. Věra cuts herself on a broken test-tube and a drop of her blood gets in the solution. With all due propriety, the two young people spend the night in the laboratory; in the morning, they are taken aback to see Věra's double. This lucky chance has helped Petr create an artificial being, Miss Golem. She has a single motive for her actions: to take care of Věra and allow her to do only what is good for her. She even fills in for Věra at work, so that Věra can help Petr repeat the experiment and find the formula for creating the robot. Indignant, Věra refuses the idea of a life of luxury after the invention is sold, and the couple breaks up. Before long, the pleasant care of the lady robot turns into tyranny. Miss Golem marries Petr instead of Věra and plans to kill him after the marriage once she gets the formula. In front of journalists, she pretends Věra is a robot. From the tears of the tied-up girl, Petr finally understands who is who and, having overcome all intrigues, saves Věra and himself. The greedy Miss Golem destroys herself. The newlyweds then go and burn the formula that could have been so dangerous to mankind. 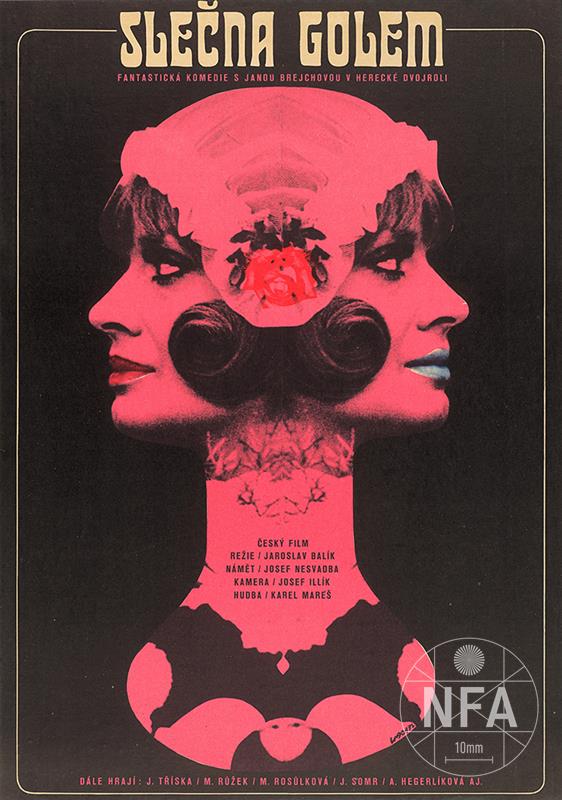