One of actor Vladimír Šmeral’s final major roles came in this satirical comedy written and directed in 1977 by long-serving filmmaker Karel Steklý. The protagonist of this tragicomedy is old art restorer Prusík, who has collected paintings throughout his life. When Prusík finds himself in hospital following a heart attack, his greedy family tries to persuade him to sign over his potential fortune. Prusík’s friend, Father Ostatek, devises a scheme to teach the scheming relatives a lesson – but it does little to improve the old man’s relationships with family members... Jiřina Bohdalová and Stanislava Bartošová play the two greedy and grasping daughters, for whom their father merely serves as an instrument of profit. Actor Vladimír Ráž takes on a rare villainous role as a roguish lawyer.

An old restorer Prusík has been buying fine art works for a part of his earnings without his family knowing about it. He rents an apartment to place the paintings away from home. Once he finds out that the landlady offered the apartment to another tenant. He becomes angry and gets a heart attack. When staying in the hospital, his greedy daughters and sons-in-law gather around him, trying to make him sign the last will. Prusík refuses, leaving the keys to the apartment with the paintings his granddaughter Zuzana. However, Prusík's daughters find out the paintings, seizing them all. When the old man comes back from the hospital, he has nowhere to stay. It is only his old friend Father Ostatek who helps him to find an asylum in a home for nuns. He makes plans to punish the mean Prusík's relatives. Father Ostatek informs them that the millions worth paintings are actually the property of the state and Prusík has been just taking care of them. The relatives are furious, but don't dare sell any of them. Prusík likes living at Ostatek's, he restores old paintings in the chapel. He decides to sell his collection to the National Gallery, enjoying the money. On one day, when putting a restored painting on the wall, he falls off a ladder and gets killed. Even at such a tragic moment his relatives do not take care of him - they rush to their father's room to look for the paintings, but there is nothing left from them. 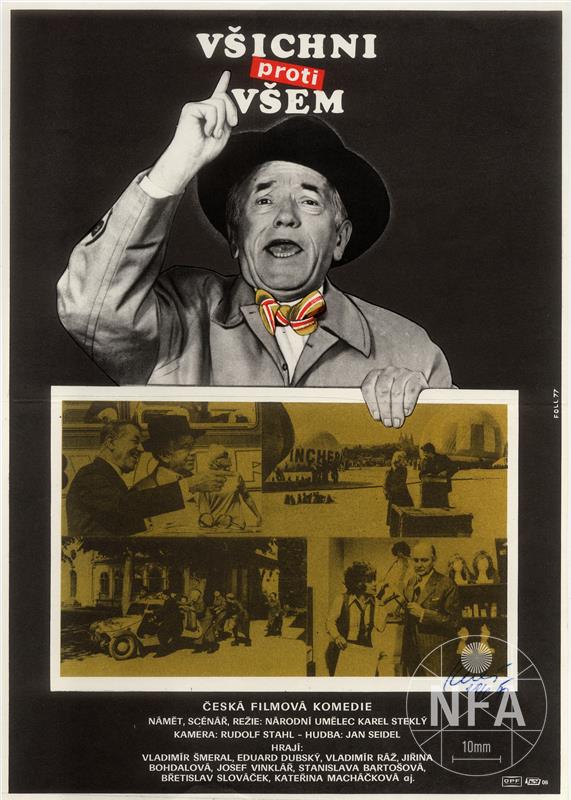