The director Dušan Klein specialised in crime dramas, making several successful ventures into the genre. In his film Kam nikdo nesmí (Where No One Is Allowed, 1979) the criminal elements take a back seat as the director explores the moral and psychological consequences of a tragic car accident in which an irresponsible driver takes the life of a young tennis player named Lucie. A criminal investigation inevitably ensues but the audience’s attention is funnelled towards Lucie’s elderly lover, the translator Valenta (played by Eduard Cupák in another top-drawer performance). Valenta is simultaneously trying to heal his relationship with his estranged son Michal who had also become emotionally attached to Lucie. Several retrospectives provide insight into the backgrounds of the main protagonists. Both the tennis environment and Valenta’s occupation served to increase the appeal of the film to audiences. The picture also benefited from some truly excellent acting. In addition to Cupák, Klein cast fresh faces in the main roles: Polish actress Małgorzata Potocka (Lucie) and Slovak actor Juraj Ďurdiak (Michal). Josef Somr plays a more than dependable supporting role as Valenta’s friend. The melancholic atmosphere which pervades this story about a breakdown of trust and our need for surety finds a suitable soundtrack in the song To mám tak ráda (I Like It So Much) by Marie Rottrová.

Lucie Rýdlová is found dead at a destroyed car after a night accident. The seat position shows that she cannot have been driving, and the dissection proves that she had died about four hours after the accident. It is for sure that a timely medical assistance could have saved her life. A pretty young tennis player Lucie lived at her grandmother, because her parents had been working abroad. Criminalists found out that the girl was going out with the interpreter Valenta, who was twenty years older than her, divorced and a bit egoistic man. His teenage son Michal was Lucie's friend and tennis-mate. The young man, who experienced a short love story with Lucie when they both were enjoying a victory in a tennis match, left very frustrated, because of his platonic love to Lucie. She found a dream partner in his father, though. Hearing the news about Lucie's death, Michal suddenly disappears. Valenta has twinges of his conscience for leaving his son alone after the divorce, now trying to compensate by an intensive search for him. Valenta's close friend, a lawyer Marta, finds out that the person, who had left Lucie in the crashed car, was probably someone who obviously was not at all connected with her life. Valenta's relationship to Lucie is shown in retrospect, as well as the fragile affinity between Valenta and Michal. Criminalists finally find Michal at Lucie's grandmother. The person, who committed the crime by leaving a dying girl in a crashed car, was the tennis court manager Buksa who was taking her to his weekend house after she had a rough row with both men. 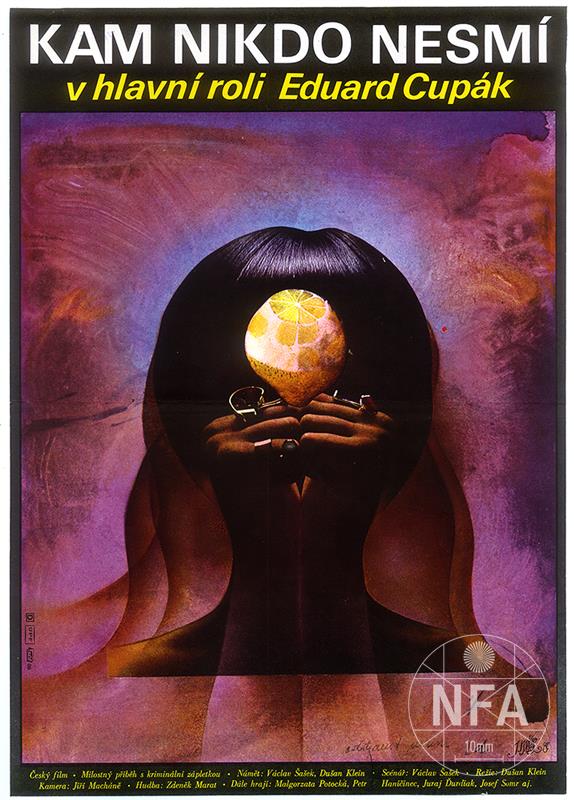