Zdeněk Troška shot two films in 1983: school comedy Bota jménem Melichar (Melichar the Boot) and village comedy Slunce, seno, jahody (Sun, Hay and Strawberries). The latter picture paved the way for the most popular titles in the filmography of the young debuting filmmaker: sequels Slunce, seno a pár facek (Sun, Hay and Slaps, 1989) and Slunce, seno, erotika (Sun, Hay and Erotic, 1991), and the Kameňák (Bad Joke, 2003-2005) and Babovřesky (Old Hag’s Yells, 2013-2015) trilogies. The first part of the Sun, Hay… series, set in the South Bohemian village of Hoštice, presents the fictional, idyllic world of a Czech village created by Troška and screenwriter Petr Markov. An agricultural college student, Šimon Plánička, arrives at the local JZD farming cooperative to put to the test his theory that a cow’s milk yield is linked to the animal’s cultural environment. While he succeeds in his experiment with the vicar Otík’s cow, the bovines in the cooperative fail to respond to the music played to them. Meanwhile, suspicions arise that Šimon is the son of the regional agricultural administration’s chairman. Blažena Škopková, daughter of the research student’s landlady, is tasked with finding out, but her efforts only trigger jealousy in her boyfriend Venca… Troška’s Hoštice is a village of oddball characters that fit in well with the tradition of popular comedies enhanced by the “carefree” period of the summer holidays. Energetic mother Škopková, Otík who has elevated spying on neighbours to a divine mission, prim but musical school director Ms. Hubičková, the infantile grandmother spending all her days in a bed on wheels outside the house, and tireless informer Keliška – they are just some of the characters whose jovial words long ago made it into public banter. In this first part of the series centred on the village of Hoštice, Troška proves himself a truly spontaneous narrator of humorous tales, with a talent for creating a genuinely poetic atmosphere, something which experienced cameraman Josef Hanuš helps to evoke. These qualities unfortunately began to wane in the sequels, unlike the director’s ability to assemble and harmonise actors and non-actors who often went on to complete further collaborations with the director in later pictures. Examples of this are experienced actress Helena Růžičková and Pavel Kikinčuk, who debuted in the role of Šimon and became an integral part of the later Old Hag’s Yells series.

A student of the agricultural college, imon Plánička, arrives at a South-Bohemian village for a summer temporary job. He has to jump out of the railcar while it is still moving - the train is delayed and if it stopped, the delay would increase. imon has an experiment how to increase the cows' milk yield prepared for the local agricultural coooperative: to beautify the cowsheds and play music to the cows while milking. The cooperative's chairman does not want to hear anything about the experiment. For the moment, he accomodates the young man with the kopkas family, commanded by the vigorous Mrs kopková. imon does not want to give up his experiment and finally gets a cow which belongs to the village priest. The cow indeed produces substantially more milk than before the experiment. The cooperative's management hesitates and moreover the news spreads that imon is son of the regional cooperative administration's director. The kopkas' daughter Blaena is entrusted to find the truth during a village hop. Blaena's boyfriend Venca does not like the plan and begins to be jealous. In the middle of the hop, the villagers notice an enormous full moon and Mrs schoolmaster immediately sings an opera aria about the moon. The cooperative's management allows imon to repeat his experiment in the cowsheds. The kopkas family has trouble with their immobile grandmother who sometimes indulges in malicious pranks which make her relatives' lives a misery. The cooperative cows, however, do not want to yield more milk even when listening to music. Blaena is pregnant and Venca is suspicious that the future child is imon's. But Blaena proves to him that she was faithful to him. A delegation from the regional administration arrives at the village, including the father Plánička who had no idea about his son's activities. He wants to talk to him but the reconciled lovers Blaena and Venca help imon run away. This time, he must jump onto the moving train. 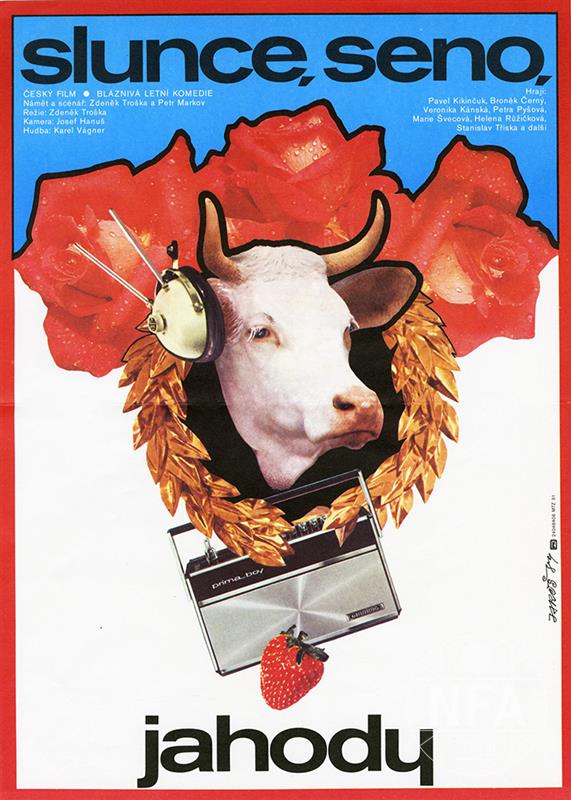 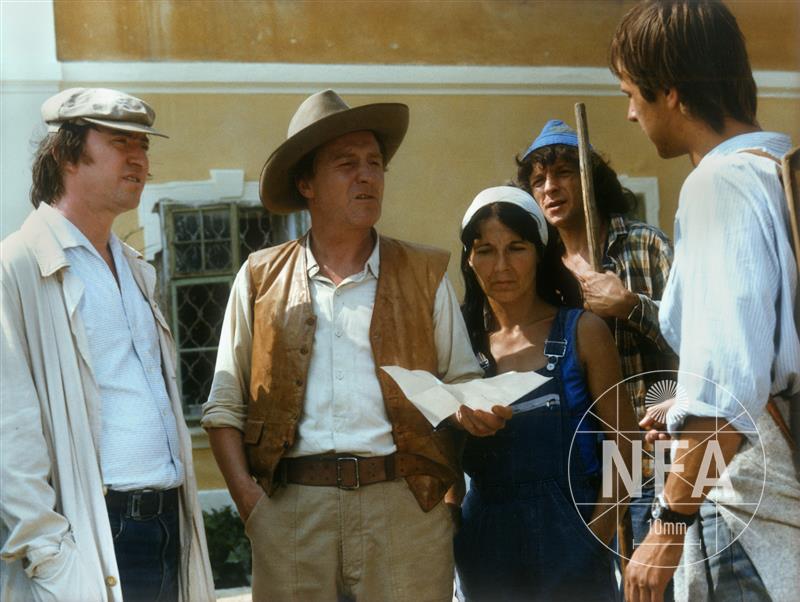 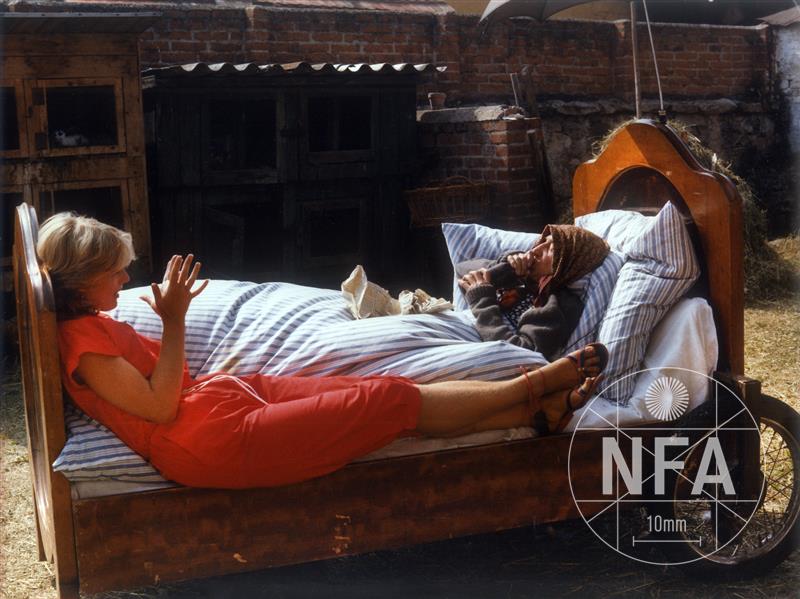 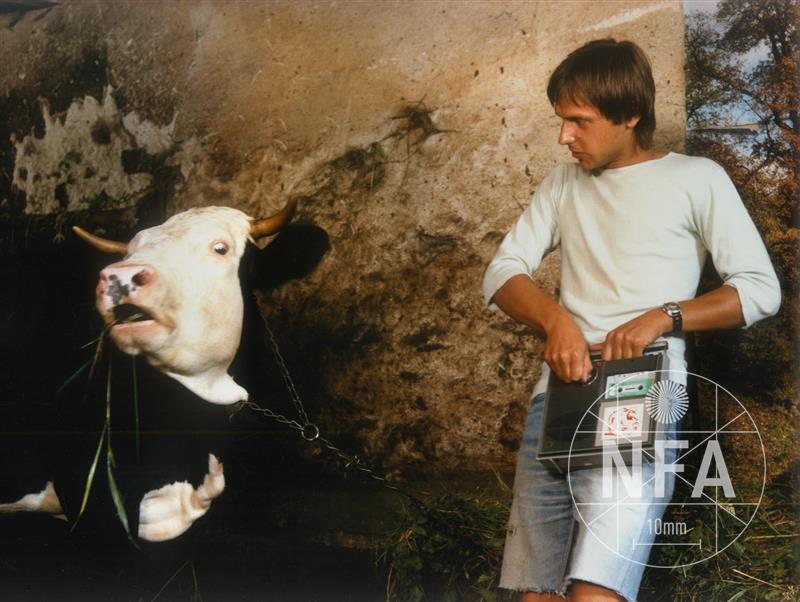 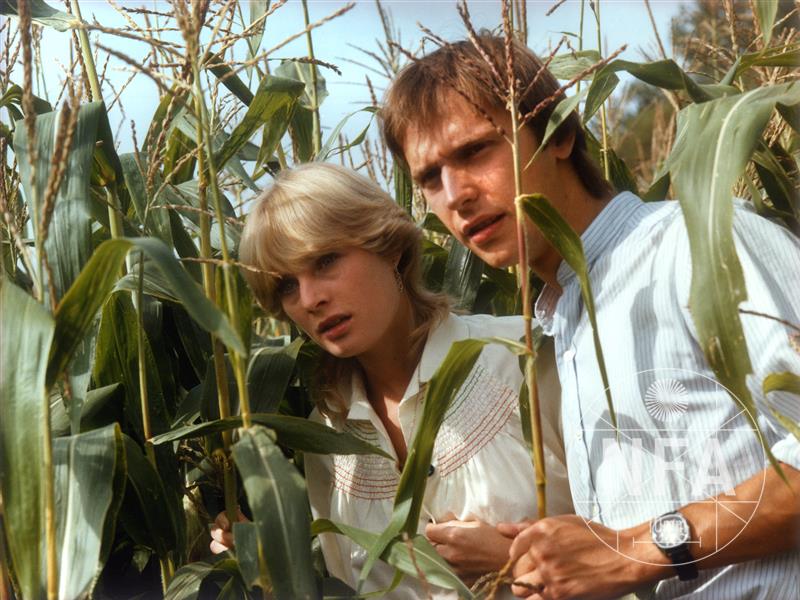