The second entry in an ambitious historical war trilogy from director Otakar Vávra – the first is the two-part Dny zrady (The Days of Betrayal, 1973), while the third is Osvobození Prahy (The Liberation of Prague, 1976). Made in 1974 as a co-production with Soviet Mosfilm, this feature tells the story of the formation of the First Czechoslovak battalion under the command of Ludvík Svoboda and its contribution to the fight on the eastern front. Screenwriters Miroslav Fábera, Nikolaj Figurovskij and Otakar Vávra set the action within a wider historical context (the killing of Nazi leader Heydrich, quarrels between exiles in London and the communists in Moscow, and so forth). Filmed in authentic locations in Ukraine, this epic utilises large numbers of extras and a star-studded cast of Czechoslovak and Soviet actors (Ladislav Chudík, Vladimír Samoylov and Yuriy Solomin to name but a few). In 1981, after the actor portraying the heroic Captain Jaroš, namely Martin Štěpánek, emigrated, the film was withdrawn from cinemas.

I. In 1942, the war in Europe takes a turn. The Red Army has prevailed over the Germans at Moscow and has pushed them a hundred kilometres back. But the Nazi army is still powerful. In the town of Buzuluk at the foot of the Urals, the first Czechoslovak battalion is being formed under the command of Lieutenant Colonel Svoboda. The soldiers are Czechs and Slovaks who have lived in the Soviet Union or who have fled there to escape the German occupation. Women mostly work as medics and wireless operators; men have practiced combat situations. The newly formed unit is visited by MP Klement Gottwald and other members of the Communist Party of Czechoslovakia. Meanwhile in Prague, Heydrich, the Acting Reich Protector of Bohemia and Moravia, has divulged his plan for destroying the Czech nation. He is assassinated on May 27, and the consequences are terrible. On June 10, the Nazis annihilate the village of Lidice, shooting all the men and hauling away the women and children. The soldiers in Buzuluk are eager to start fighting, but before they are allowed to, there are sharp political discussions between representatives of the exiled government in London and the Czechoslovak communists in Moscow. Finally, the unit is sent to the front in the chilly month of February 1943.

II. First, it defends the city of Kharkov, with the village of Sokolovo as its base. Commanded by First Lieutenant Jaroš, the soldiers entrench themselves and are preparing for their first fight. Dozens of German tanks meet with stiff resistance. Many die in the fierce battle, including First Lieutenant Jaroš. But the unit accomplishes their task and makes a contribution to the final victory over Hitler's army. 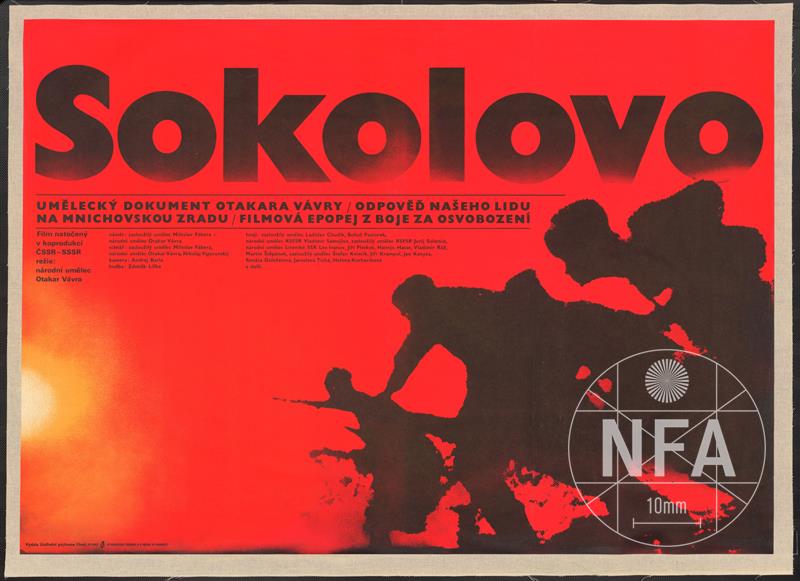