Karel Štorkán adapted his novel into a screenplay for this war drama, directed in 1974 by Ivo Novák. The story follows the fate of students in the WWII year of 1944 who decide to ignore a ban on organising the annual ball of the teaching institute they attend in a small town. The arranged event at the local swimming pool ends up putting the life of the young protagonists in danger. Local resistance fighters are battling a merciless SS troop unit. Student Lenka does not manage to attend the ball when she is compelled to hide a wounded partisan at her home… The motion picture’s dramatic narration bowed to the contemporary stringencies imposed by Prague’s Barrandov film studios during the “normalisation” period. The film amounts to a simple assignment, but it is greatly boosted by the cast. The dominant roles are taken by Andrea Čunderlíková (brave student Lenka) and Josef Somr (the heroine’s unsuspecting father).

It is the year 1944. Despite the ban imposed by the German occupiers, students at a teacher training institute in a small town decide to hold a secret ball in the clubhouse of the swimming pool. Lenka is one of the students preparing for the ball, even though before his departure on a business trip her father has strictly forbidden her to get involved in any such thing. The initiator of the ball is Lenka's friend, the doctor's son Slávek Olejník. While the students are making preparations for the ball, members of a resistance group meet in the boiler room of the Sokol PE organization. They decide to send Vašek Potužník to warn a gamekeeper that he is in danger of betrayal, but before Vašek manages to get away, the town is surrounded by SS units that have been catching partisans in the surrounding woods. Only three manage to escape, and the others are shot against the wall of the Sokol building. Lenka is hesitating about whether to go to the ball. Her uncertainty ends when a wounded partisan appears in her family's yard. For his sake she goes to the ball in order to get medicines from Slávek. Slávek, however, will not help her, and nor will any of the others to whom Lenka appeals for aid. In the end her schoolmate Božka promises that she will take the partisan to a safe place for the night, but then Lenka's father arrives back unexpectedly early with the German factory director. On her return from the school Lenka finds him just in front of their house inviting the director in. The girl tries to prevent the visit. Hearing German, the hidden partisan tries to escape. In the exchange of fire that follows Lenka's father is killed, and the German director then shoots the partisan. Božka leads Lenka away to a hay barn on a hill, where the partisans are already waiting. Lenka offers to help them. 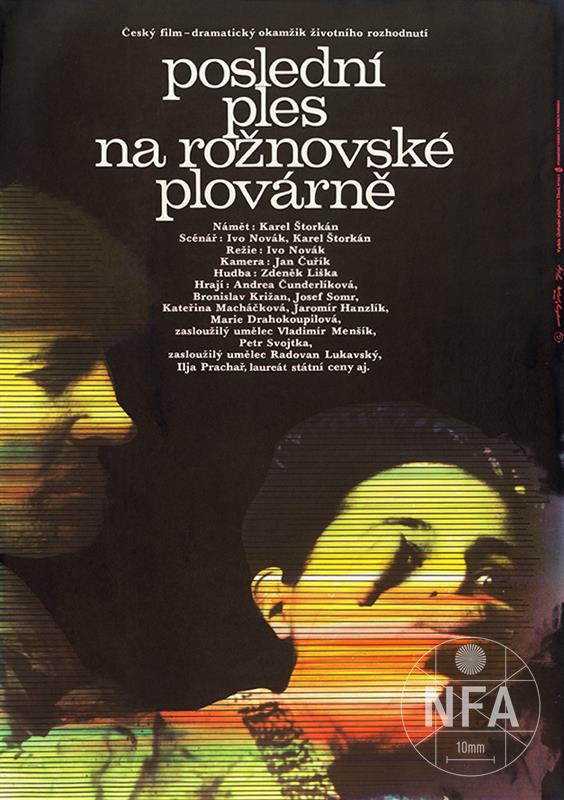 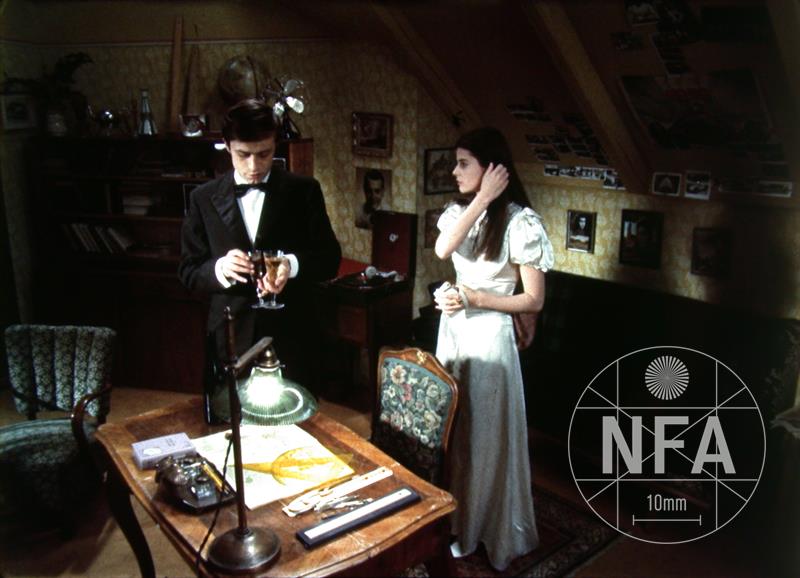 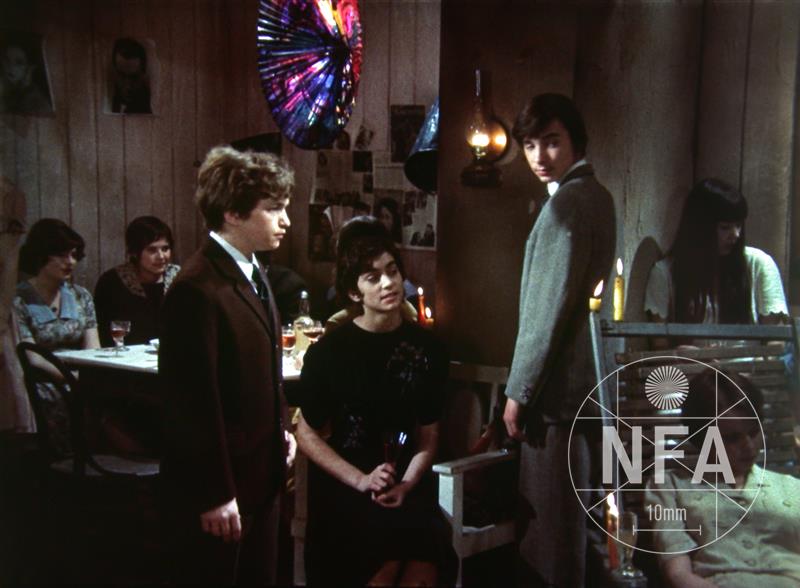 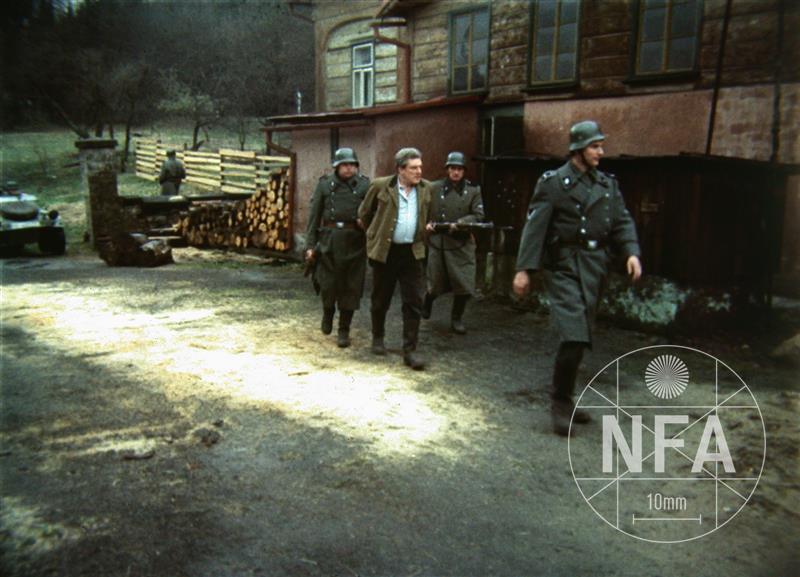