This 1975 comedy centred on two brothers introduces us to the likeable pubescent Martin Pavelka, also known as Prcek (“Tiny Tot”). Martin looks up to his big brother Honza, the winner of the junior flat track motorcycle racing contest. Honza has, however, split up with his girlfriend Zuzana and Tiny Tot is bent on reuniting the young couple. He resorts to all manner of means and methods to get the couple into the town hall and before the wedding registrar… The main character in this comedy directed by Stanislav Strnad is played by Roman Čada, who between 1973 and 1983 performed in a wide variety of roles and Czech films. Jan Hrušinský was allotted the part of Honza while Zuzana is played by Libuše Šafránková. Three years after its release, a loosely connected sequel to this light entertainment hit the cinemas, namely Brácha za všechny peníze (What a Brother I Have). Once again the director was Strnad.

Honza Pavelka wins the junior motorbike speed races. His thirteen-year-old brother Martin, his assistant and biggest fan, answers the questions of his schoolfriend Pavlína in a superior tone. Student Zuzana, who gave her scarf to Honza to wear around his neck for the races as a talisman is Honza's girlfriend. He met her when he came to her parent's home to repair the TV set. Honza declines an invitation to celebration with his friends. He goes off with Zuzana instead, but she refuses his intimate advances. The offended young man, who is about to serve his two years in the army, tries to blackmail her emotionally and the couple breaks up. Martin tries various schemes to bring them together again. The young people don't meet up at the cinema where he has bought them tickets, but what finally works is a false order for TV repair. Zuzana's parents are away from home and the couple spends the night together. Honza joins the army, but Zuzana doesn't write to him at all. The younger brother intervenes again. He discovers that the girl is unhappy and angry, because she doesn't know what to do about her unplanned pregnancy. Martin hitchhikes – even getting a lift from a minister – to the army barracks. Honza wants to get married immediately after the allegiance ceremony. Martin courageously introduces the two sets of parents and the wedding can go ahead. But the younger brother misses the ceremony. He is away sorting out another possible problem – far-sightedly obtaining permission at the garrison HQ for the groom to wear civilian dress. 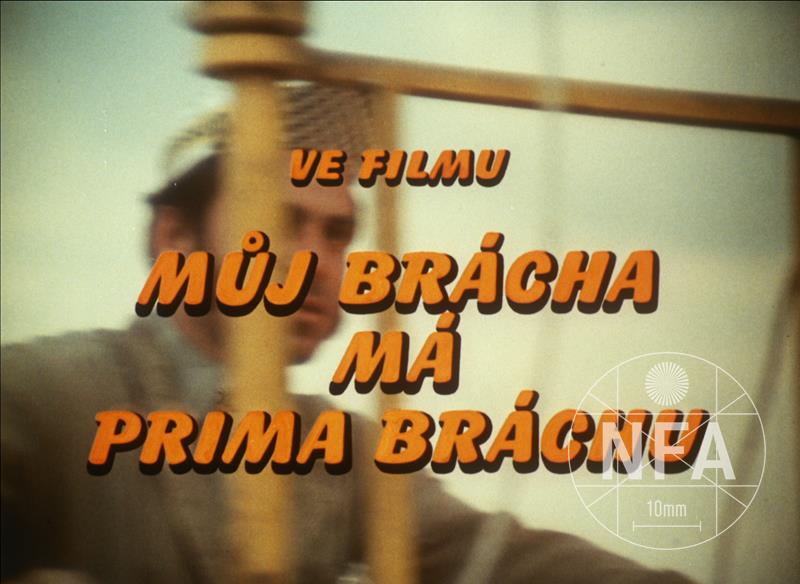