Director Jiří Menzel and screenwriter Zdeněk Svěrák worked together on Kdo hledá zlaté dno (Who Looks for Gold, 1974), Na samotě u lesa (A Cottage Near the Woods, 1976) and Život a neobyčejná dobrodružství vojáka Ivana Čonkina (The Life and Extraordinary Adventures of Private Ivan Chonkin, 1993). But the peak of their cooperation is undoubtedly this tragicomedy from 1985, which found itself among the finalists for the Best Foreign Language Film Oscar – this Academy Award was ultimately won in 1997 by the Czech drama Kolja (Kolya, 1996), based on a screenplay by Zdeňek Svěrák and directed by his son Jan. Vesničko má středisková (My Sweet Little Village), one of the most popular Czechoslovak films of the 1980s, actually came about by chance: rural comedy Na samotě u lesa was accidentally paid for twice by the accountants at Prague's Barrandov Film Studios. Svěrák then consented to the solution of writing another multi-page story treatment within several days. Instead of the pre-agreed rejection of the draft script, director Jiří Menzel took an interest in the project. But it was a number of years before the film moved from script to screen. Indeed, during the mid-1980s, Svěrák and Menzel benefited from far stronger opportunities to comment upon the socialist reality in which they lived. The story of Vesničko má středisková is set in the village of Křečovice. The main protagonists are the cooperative truck driver Pávek and his protégé, the mentally retarded young man Otík Rákosník. Pávka is angered by the constant mistakes of the silent youngster, and decides to get rid of him after the next harvest. But he then discovers that the unhappy Otík has been offered a job in Prague by a corrupt politician seeking to benefit from the sale of the young man’s picturesque villa. This leads Pávek to realise that Otík belongs at home, in the village where everyone – in spite of his affliction – loves him. The filmmakers tell this “village idiot” story by way of an episodic structure, filled with distinctive characters. These include the quirky doctor Skružný (Rudolf Hrušínský), who relishes in the poeticism of the Czech countryside, and the irascible Turek (Petr Čepek), who is justifiably concerned about the extra-marital exploits of his beautiful wife Jana (Libuše Šafránková). While Pávka is superbly played by Marián Labuda, the role of Otík was given to Hungarian actor János Bán.

The little village of Křečovice wakes up to a new day. One of the first villagers going to work are the driver of the cooperative truck, Pavel Pávek, and his co-driver, the mentally retarded orphan Otík Rákosník. Otík lives alone in a cottage inherited from his parents and is cared for by his aunt Hrabětová. The young man admires Pávek endlessly and loves to work with him. The same, however, cannot be said about Pávek who gets upset by Otík's unwitting mistakes. One day, Otík falls asleep with his headphones on in a truck's tipping body and a crane operator buries him under a pile of sand. When reversing with the truck, Otík navigates Pávek so unfortunately that the choleric driver knocks over a post at the gate of a cottager called Rumlena. This is the last straw for Pávek - he is going to keep Otík only till the end of the harvest-time. Otík is utterly unhappy, because he should then begin with the driver Turek who is well-known for his rudeness. Turek is jealous of his young wife and is rather rough to her. But Mrs Turková stopped loving her husband long ago, secretly dating the livestock specialist Václav in Otík's house. The local physician is a lover of poetry and the charming South-Bohemian landscape, which often makes him feast his eyes so intensively that he drives off the road. He counsels his fellow-citizens in a very sober way and can even palm them off. The local cooperative management learns from a letter from the Prague enterprise Dřevoplech that the company wants to employ Otík in Prague. Everybody wonders who wants to get rid of the poor young man. Oto's aunt Hrabětová mainly suspects the philandering Václav. Otík leaves for Prague and lives in a flatlet, surrounded by a sea of prefab houses. Turek has a fight with Václav at a village funfair and Turková decides to finally divorce him. The doctor has a car accident, being run over by his own car. Otík is desperate in Prague. Pávek spots the Dřevoplech deputy Rumlena, the local cottage dweller, and the company's director, inspecting Rákosník's cottage, and he grasps everything. He immediately sets off to Prague and brings his co-driver back. It is early morning. The two men go to work together again and, as many times before, help the doctor who has just crashed his new car.

Actress Stella Zázvorková was originally cast to play the part of Hrabětová. 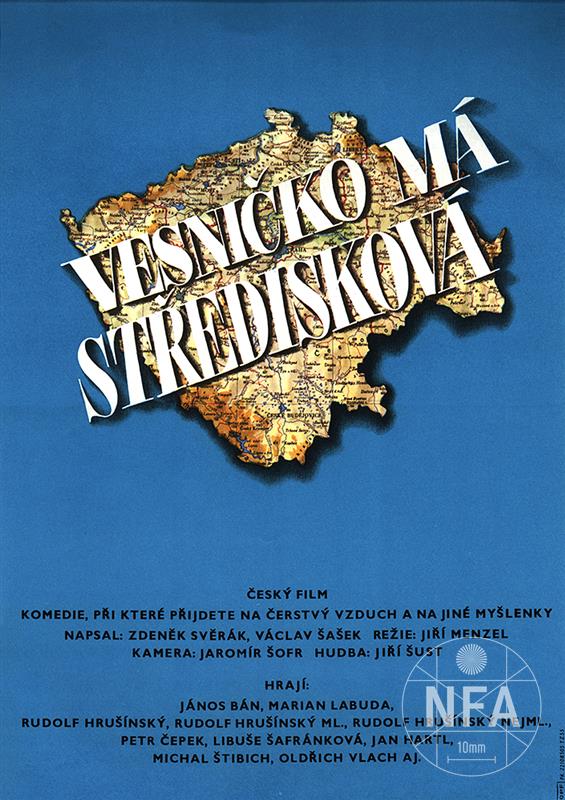 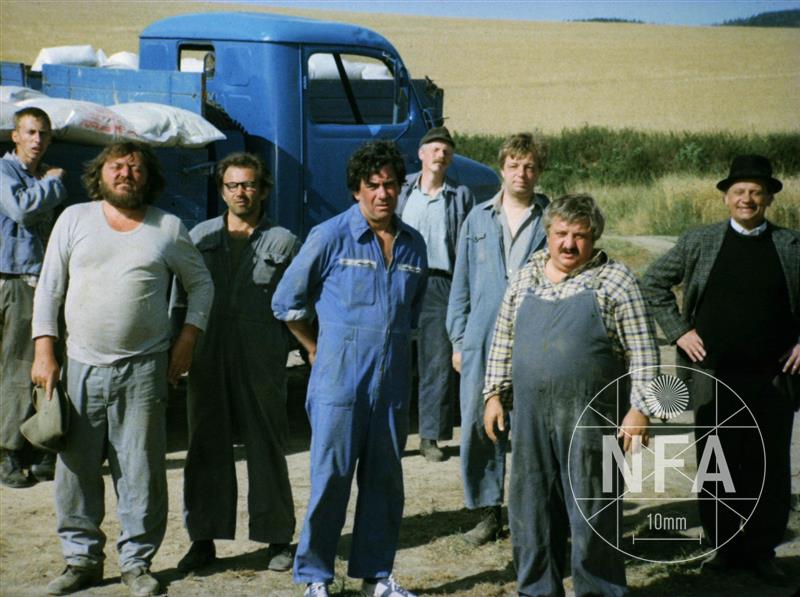 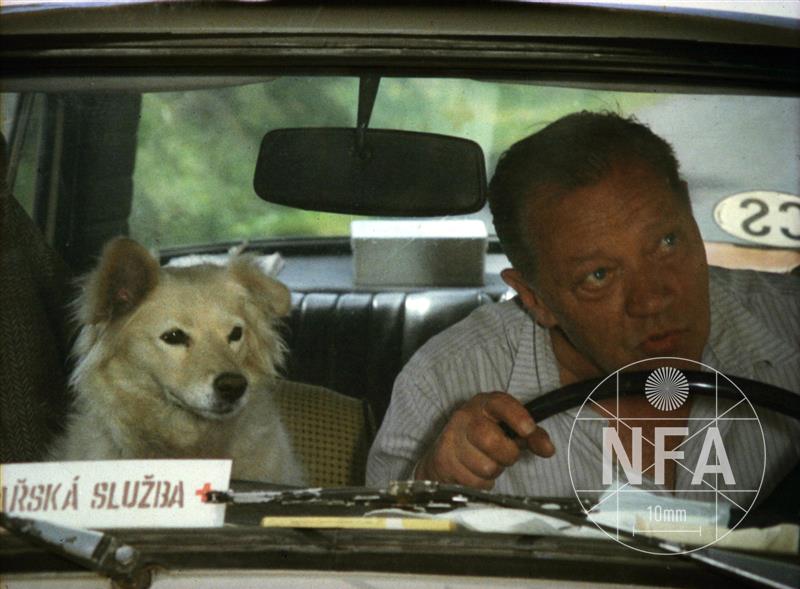 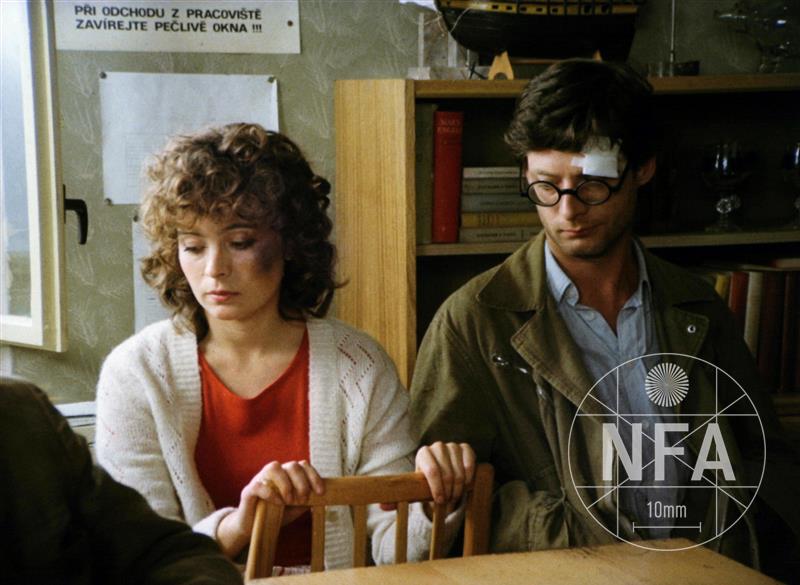 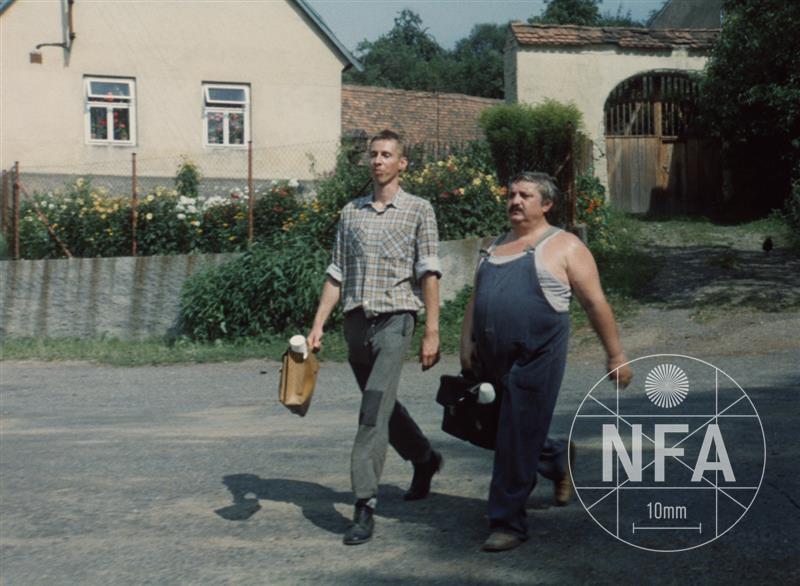