The taciturn but nattily attired Pan Tau (“Mr Tau”) was a hugely popular 1970s children’s television character who possessed a magical bowler hat and typically communicated through pantomime. He was last discovered appearing – this time in a family fantasy film on the silver screen – in 1988. For this motion picture, the creators of Pan Tau, screenwriter Ota Hofman and director Jindřich Polák, turn to Rudolf Karásek. He portrays a forgotten actor who has become a depressed, ageing professional, drowning his anxiety in alcohol and leading a dismal family life. When Karásek tries to make a comeback, he realises that he cannot cope with his old role as Pan Tau. The filmmakers thus cast a certain Mr. Novák – an amateur actor who is indistinguishable from the veteran actor – in all the physically demanding scenes. Karásek starts to envy the double and, as he longs to match him, he starts to change. He regains his old confidence and returns to “serious” dramatic work. Mr. Novák mysteriously disappears, and the question lingers – just who was he?… Hofman and Polák had already utilised the “actor’s double” motif in several Pan Tau stories. However, the theme as used in this final tale of the man with the spellbinding bowler hat bears obvious marks of nostalgia. Distinct from the original comedy style, the feature aspires to appeal to the old fans, rather than to a new audience. Otto Šimánek, who became internationally known playing Pan Tau in the original TV series, again takes the leading role in this Czech-German co-production. Despite the fairytale ending, neither Novák nor Karásek truly embody the original, “trueborn” Pan Tau. But the film offers a comeback for Šimánek himself, an actor whom Polák frequently cast in roles both big and small during the 1980s. The feature’s nostalgic and commemorative atmosphere is reinforced by the casting of former child actor Dana Vávrová as the overworked assistant director Alena. The part of actress Barborka is played by Žaneta Fuchsová, who starred in Polák’s tales about the mischievous girl Lucie.

An uncontrolled explosion destroys the backdrops in a film studio. The architect has an idea: the damage can be compensated for by making a cheap film with the figure called Tau who used to be so popular several years ago. But its performer, Rudolf Karásek, has changed a lot since then. He drinks far too much, he keeps quarelling with his daugher who was abandoned by her husband, and he snarls at his two little grandsons Jirka and Honzík more than tending to them. Although excited by the new script, the aged man nevertheless cannot make the easy-going pirouettes on a roof catwalk. The exhausted assistant director Alena finds Kasárek's double in a pub in the Prague neighbourhood of Malá Strana. The eternally good-spirited Mr Novák walks everywhere with his big dog Mannikin, earns his modest living by picking up paper and does not feel like being in a film. But because it is a children's movie, he eventually agrees. The make-up woman turns him into almost a spitting image of Karásek but, unlike the real actor, the staff and the child actors soon get very fond of him. Karásek is jealous and even runs away from the location. The good-hearted Karásek finds him at a railway station but there are no trains going, so he gets him to Prague by hitchhiking. This results in a radical improvement of Karásek's relationship with his grandsons and daughter. Novák and Karásek along with the little Jirka and Honzík then leave to film in the Tatra Mountains. When Novák hurts his leg, the actor is actually able to manage the demanding scenes even without the double and he again finds his self-confidence. As soon as the filming and the successful premiere are over, the assistant director Alena tries to find Mr Novák - but it is as if the man had never existed. And there, the slim figure of a man with a bowler hat appears unobserved on the cinema roof, hidden behind a neon sign. Mr Tau. 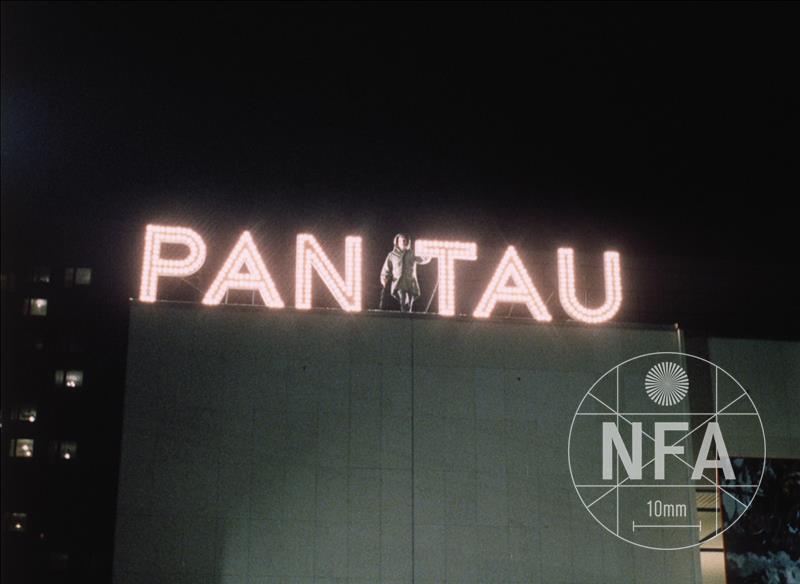 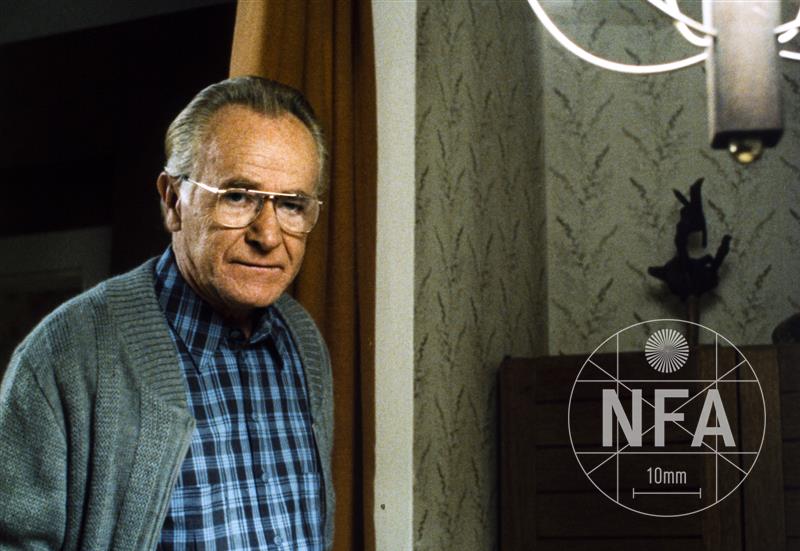 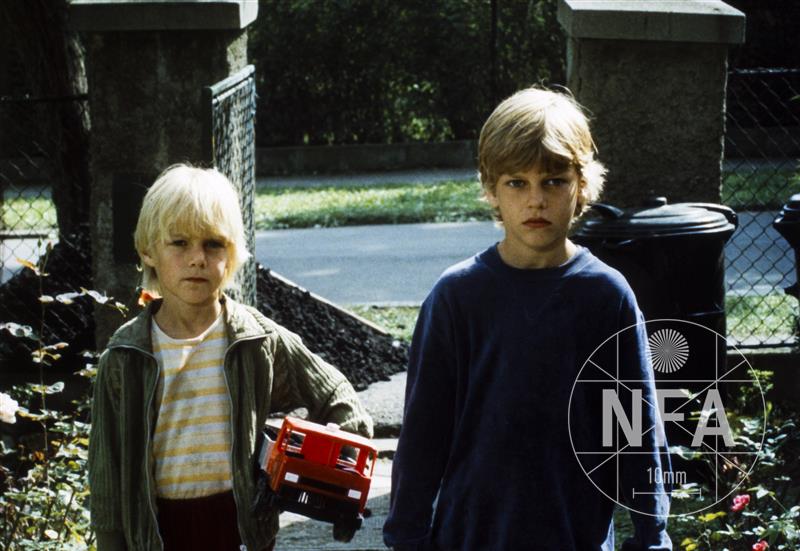 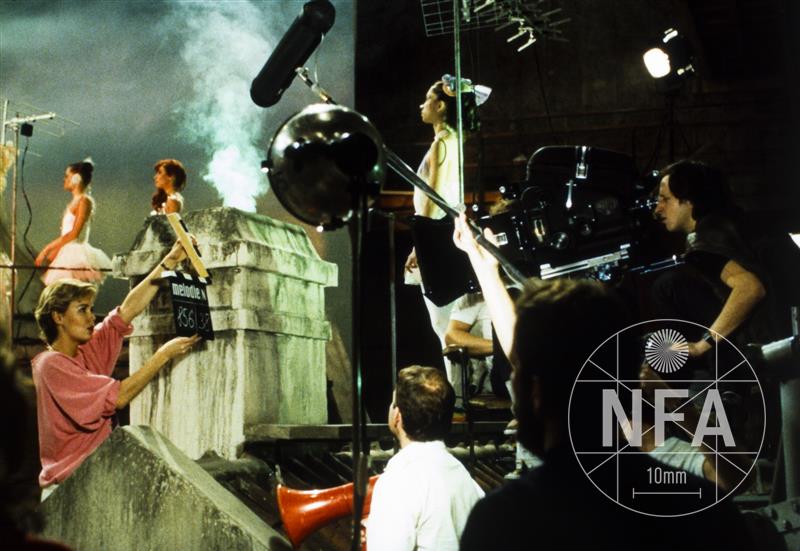 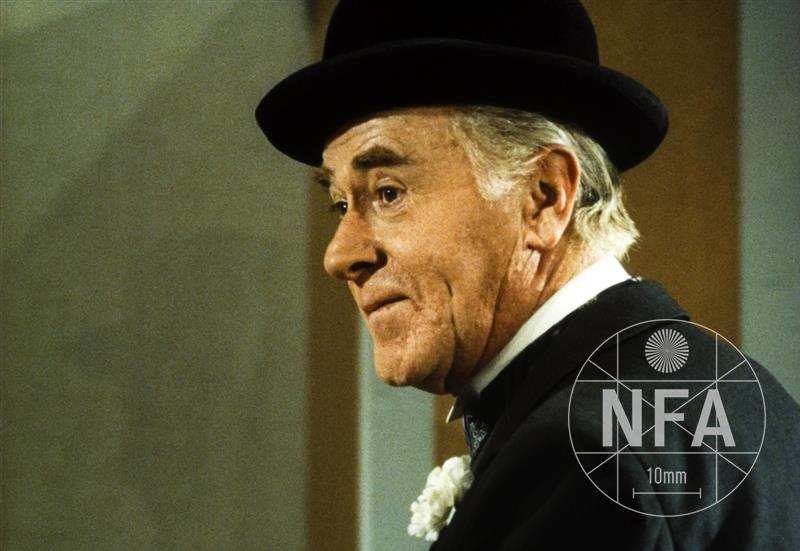