Karel Kachyňa continued his pursuit of the themes of childhood and adolescence in this film set in Prague’s proletarian Žižkov quarter during the 1950s. Following Lásky mezi kapkami deště (Love Between the Raindrops, 1979), the experienced director again chose Žižkov as the setting for a story about a boy coming of age in a formidable era. Though he based his film Blázni a děvčátka (Young Girls, Crazy Guys, 1989) on Vladimír Kučera’s novel of the same name, the episodic storyline is dominated by Kachyňa’s usual flair for poetic cinematographic atmospheres. In the role of the 13-year-old Jirka, who is experiencing his first love, along with longing and pain, is Radim Špaček, today himself a film director. The part of the crazy eccentric Pepíček, whom Jirka looks after, gave Milan Šimáček an opportunity to shine.

The quirky Prague neighbourhood of ikov in the 1950s. Common people and among them, variously handicapped people, live near the pompous national monument at Vítkov. The little Pepi is adult but his reasoning is that of a child. He likes horses and always tenderly holds his small horse made of rugs. The fool nicknamed "Cat-and-Dog" was driven insane when he was tortured by the Nazis, the notorious alcoholic Kozel claims to be the very last Hussite. This peculiar world with all its contrasts is sensitively perceived by the thirteen-year old Jirka. He is cared for by his father who plans an academic career for him. He thus watches with embarrassment when Jirka sometimes comes home with visible signs of fighting. Jirka cannot fight much and is bad at football, and the rough boys treat him as a whipping boy. He is not successful with the girls, either. But Jirka is not afraid and wins his place among the gang. He even bravely faces the truth about his mother who left the family with a lover, as well as the fact that his father was imprisoned for beating up his rival. Pepi escapes from the mental asylum and Jirka tends to him, sharing with him a shelter near a railroad track where he hid himself after a quarrel with his father. Pepi constantly suffers from headaches and Jirka procures him pills. But they are discovered one day and the emergency services come to get Pepi. The desperate man runs away and ends up under the wheels of a locomotive. The sad Jirka returns home. A paralysed boy in a house across from their shelter is playing the harmonica. 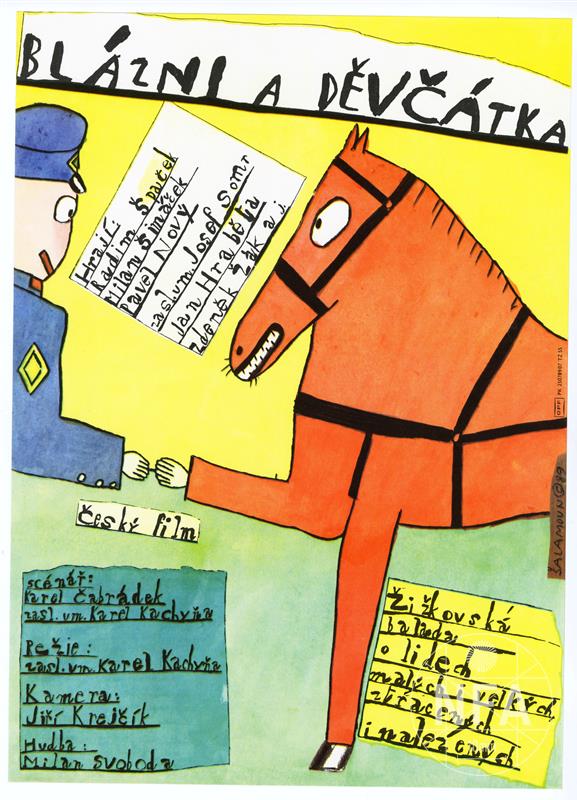