Sir Arthur Conan Doyle’s legendary sleuth also inspired countless other authors. One such example are the works of Czech writer, composer, musician and teacher Ilja Hurník. Four of Hurník’s short stories served as an inspiration for this 1971 crime comedy from director Štěpán Skalský. Hurník also co-wrote the script, which centres on Sherlock Holmes’ decision to retire from sleuthing and exclusively dedicate his time to playing the violin. Fortunately for us, the moderately talented violin player encounters crime, even in the world of music. This enables the retired detective to once again put his analytical mind to use… Skalský’s comedy is certainly no complex crime story, but nonetheless provides plenty of entertainment, mainly thanks to the brilliant on-screen chemistry between actors Radovan Lukavský and Václav Voska as Sherlock Holmes and Dr. Watson.

The genius detective Holmes is honoured by the king - in spite of it he informs Dr Watson he wants to change the job. He gets bored by crime investigation and wants to devote himself to playing the violin. Watson, passionately admiring his famous friend, is not able to tell him he is not as great in music as in criminology. Being an Opera visitor, Holmes finds out easily who knocked out the tenor singer Pizzeli by a washbowl just before the beginning of the performance. The perpetrator is a singer named Wrubelski who soon punishes himself. He starts as a back-up but his heavy cold causes his artistic flop. Holmes exercises the violin play every day and Watson quietly suffers. The manslayer, trying to kill the detective, always fails. Holmes performs at a charity garden-party. Though he manages to persuade the people of his perfect memory by replaying the whole piece after having been interrupted, he gets applause for his performance from the ladies rather for his celebrity. Being the only candidate, the disguised Holmes is accepted as an assisting violinist in the Badford symphonic orchestra. The rehearsals, conducted by the hot-tempered conductor Yawayoga, run in an atmosphere of rows and offence. Finally the conductor disappears. Holmes is right to tell the conductor has been killed by a timpanist who was jealous of a beautiful cello player. However, he cannot tell by his ear which timpani are hiding the dead body. The murderer laughs at him; so the detective finally understands he has not a fine ear for music and ceases his musical career. 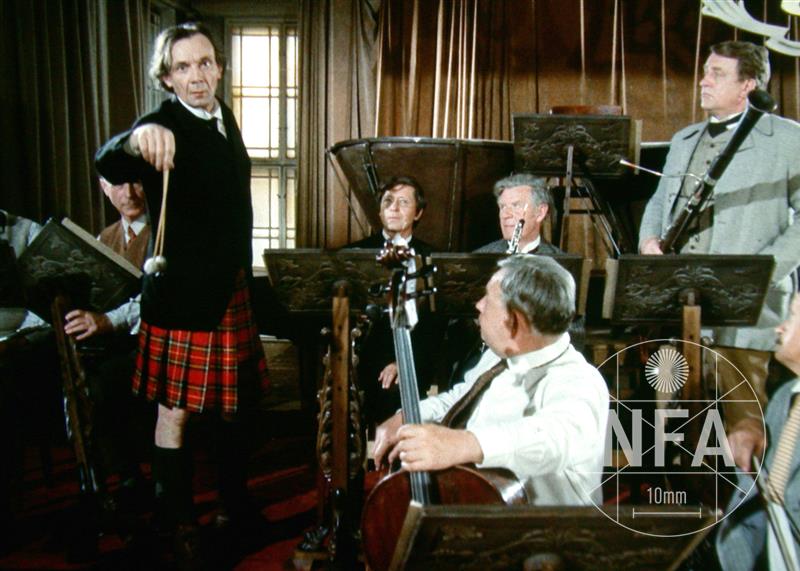 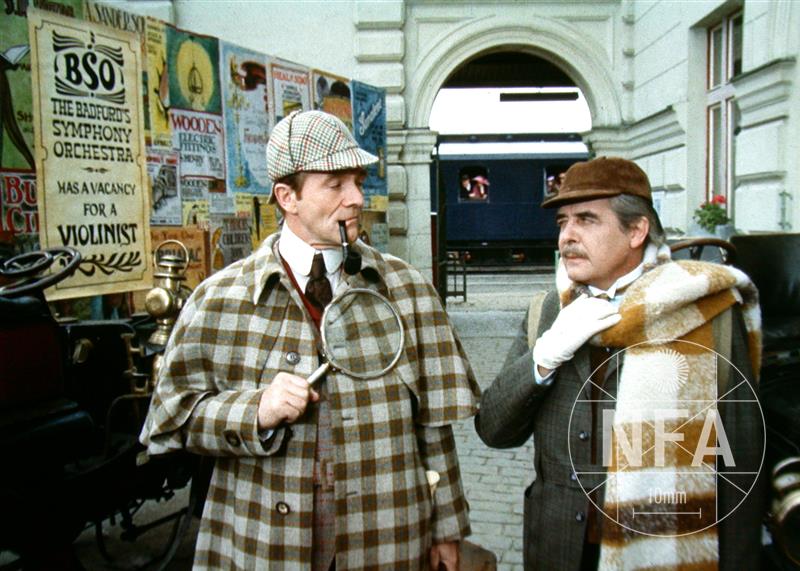 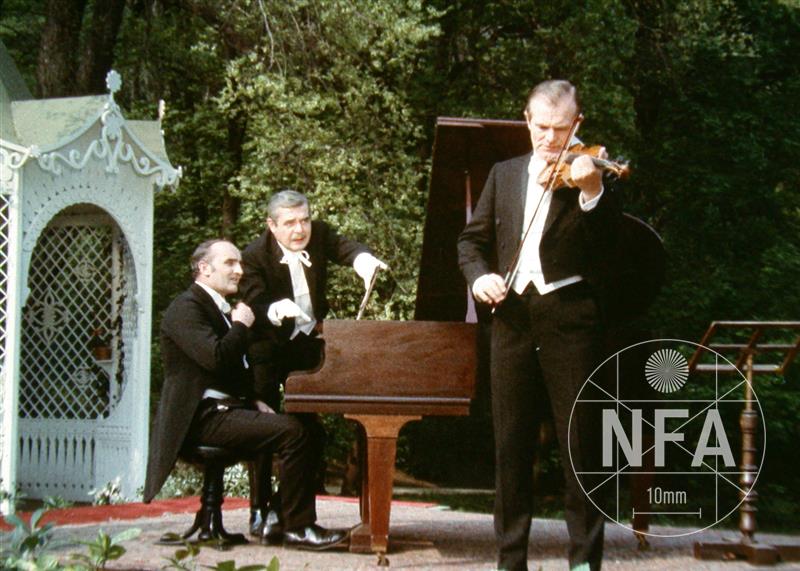