The inexplicable similarity of four men forms the basis for this simple comedy made by director Josef Mach in 1973. The story – from a screenplay devised by Mach himself – starts out with the robbery of a cinema box office. One after another, car thief Halama, shy bridegroom Poupě, the jealous and divorcing Pic and cinema projectionist Vlk become the prime suspects. However, they are so similar in appearance that jovial police detective Panenka (Josef Bek) keeps getting them mixed up. The rather mechanically construed plot of Tři nevinní (The Tree Innocent), which verges on an action movie, first puts the men behind bars and then into the same hospital.... Starring as all four suspects is Jiří Sovák, who tries to dramatically differentiate between the three innocent and one guilty man. Libuše Švormová, Marie Drahokoupilová and Kateřina Buriánová appear in the female roles of this motion picture in which all the clues point to the town of Kolín.

The police are investigating a robbery in the Avia cinema. The injured cashier gives a description of the robber which fits exactly the thief Halama having just stolen a Citroën car with all luggage inside. He is being watched by Boženka who has "bills outstanding" with him. When she spots him then at the florist's, she does not hesitate and calls the police. However, the man with a bunch of flowers is not Halama but Poupě who is going to marry on this day and looks very much like Halama. Halama parks his car in front of the station and sends the luggage to Kolín by train. In no time he is taken in the custody and accused of the robbery. The bride Jaruška waits at the town hall for her bridegroom in vain and sets out to look for him. She finds him in a phone booth, very angrily calling to a woman. Mr Pic, looking just like Poupě, is getting divorced; the crying bride is a nuisance to him and he is shocked. Also Pic is apprehended by the police and so the three men looking just alike meet behind bars, and Jaruška cannot tell who her fiancée is. The cinema cashier cannot identify the robber, and so all of them are released. Halama picks keys to the stolen car from a hide. Boženka wants to get her share and goes to Kolín with him. On their way, after being hunted by the police, Halama crashes. Poupě does not want to tell Jaruška where he spent the last night and jumps into the river. Pic makes up with his wife, then has a row again and in a fit of temper he falls into the lift shaft. Finally the three innocent meet in the hospital. The film operator Vlk, who differs from the others only in wearing moustache, is convicted of the robbery. 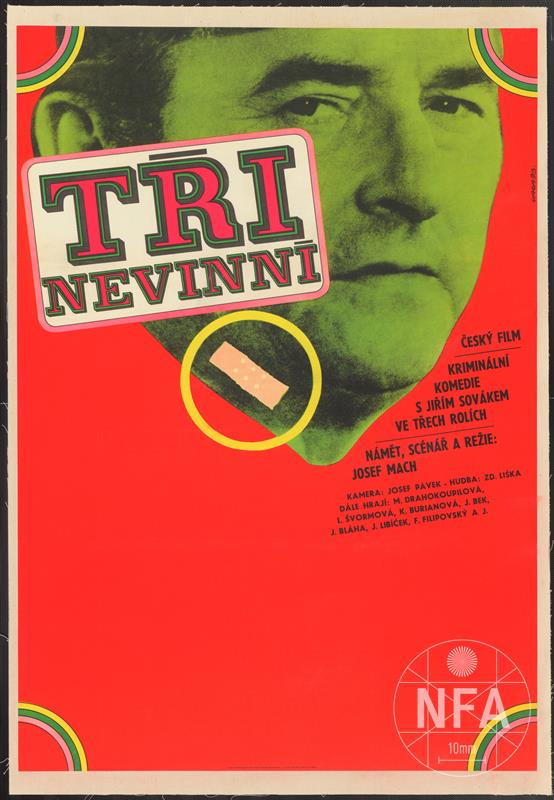 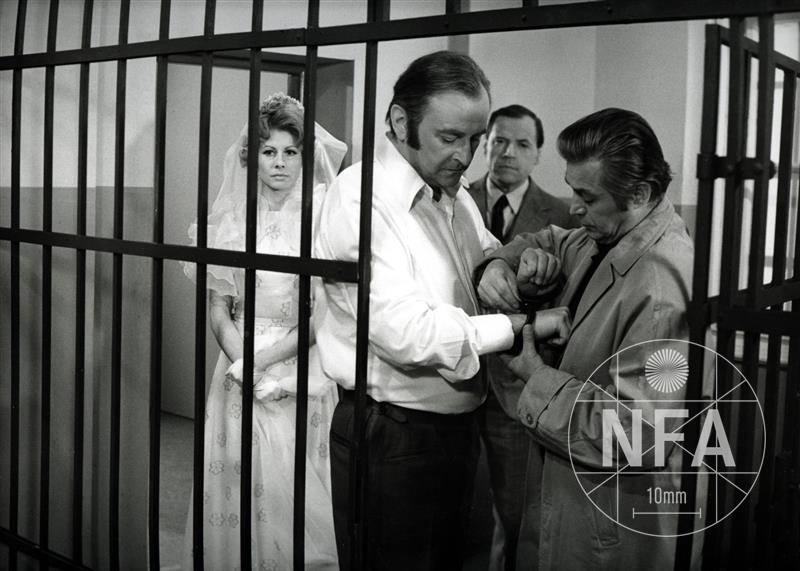 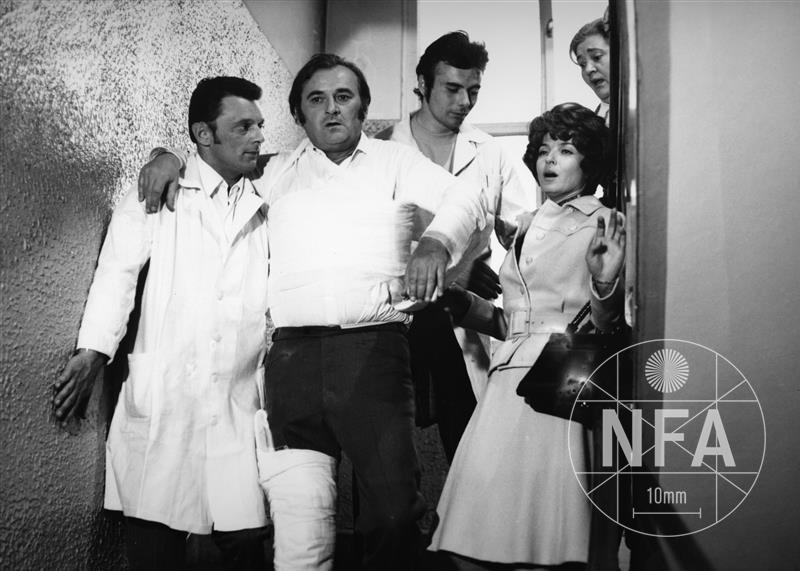 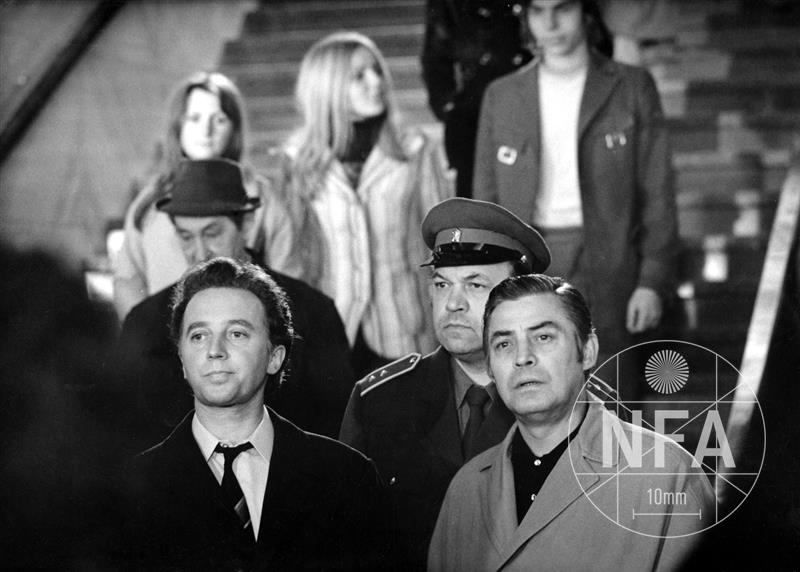