Science fiction works written by Josef Nesvadba have been the driving force behind the creation of numerous Czech films. What's more, the author would often get involved in the screenwriting for a movie. Howevr, unlike Tarzanova smrt (Tarzan’s Death, 1962), Blbec z Xeenemünde (The Idiot from Xeenemünde, 1962) and Ztracená tvář (The Lost Face, 1965), Zítra vstanu a opařím se čajem (I’ll Get Up and Scald Myself with Tea Tomorrow, 1977) differs in that its screenplay was written by Jindřich Polák and Miloš Macourek, based on Nesvadba’s short story. The plot takes place in a future where travelling back and forth in time is a commonplace tourist entertainment. However, a trio of Nazi sympathisers decide to travel back to 1944 in order to change the course of history by helping Hitler win the war with the use of a stolen thermonuclear bomb. In an unexpected twist, the time machine operator Karel Bureš chokes on his breakfast roll and is replaced by his virtuous twin brother Jan, a man who is ignorant of the purpose of the mission and not entirely in favour of the journey. Other passengers include an American married couple and flight attendant Helena. Although the mission fails, Jan must return to the past twice again to put a definitive end to the Nazi trio’s plans. As the story unfolds through a number of time paradoxes and mistaken identities, doubles of various characters appear… The cleverly built narrative uses a playful, comic plot to present an ambitious warning to audiences, something typical of Nesvadba’s writing. Zítra vstanu a opařím se čajem is above all a successful combination of Macourek’s screenwriting inventiveness and Polák’s lightness of directing. Cameraman Jan Kališ, who had previously collaborated with Polák in the making of the comedy Klaun Ferdinand a raketa (Clown Ferdinand and the Rocket, 1962) and the legendary science fiction film Ikarie XB 1 (Voyage to the End of the Universe, 1963), effectively tackles the need to evoke different time frames as well as the special effects side of the feature. The success of this story of parallel histories also stems in no small part from its cast. The lead dual role was delivered by Petr Kostka while popular performers of “good” characters – Vlastimil Brodský, Jiří Sovák and Vladimír Menšík – appear here as the three Nazis. Otto Šimánek, well-known as Pan Tau (Tau) in Polák’s eponymous television series, plays one of the American tourists.

Universum, a travel agency of Prague, organizes adventurous journey to the past. Three Nazis, named Abard, Bauer and Kraus want to make use of it and give to Hitler a hydrogen bomb they had stolen in a museum. At the end of 1944 the bomb should help the Third Reich win the War. A corrupted pilot Karel Bureš promises to take them to the past. The Nazis are in a very good health state, due to the anti-ageing pills. However, their plan comes to nothing. On 1 June, the day of their flight, Karel gets suffocated by a roll and his twin brother, a designer Jan, who is completely different character then Karel, gets scalded by hot tea. In fear to tell the truth to Karel's girlfriend Eva, Jan pretends to be Karel. He takes the flight for Karel in a rocket, where an elderly American couple travels together with the three Nazis. A surprised stewardess Helena watches Karel's strange behaviour - a former womanizer turned into a nice and polite gentleman. Despite Jan's resistance, the Nazis push through to the cockpit and Bauer lands in the war-time Germany. All are arrested. Hitler rejects the Nazis assistance - by a mistake they unfortunately landed three years earlier: it is December 8th 1941, the period of successful German war expeditions and Japanese alliance. Only Kraus, Bauer and Bureš succeed in running away from execution. They return to the period shortly before the takeoff. All the travellers are alive and the three back-comers have their doubles. Jan travels to the past two more times before he succeeds in depriving the world from Nazis. In his double life he becomes Karel, Eva's husband -to-be and also Jan, a happily in love with the pretty stewardess Helena.

The song in the scene of Hitler watching the documentaries of the fall of the Third Reich was composed for German movie Tango Notturno (1937, director Fritz Kirchhoff). 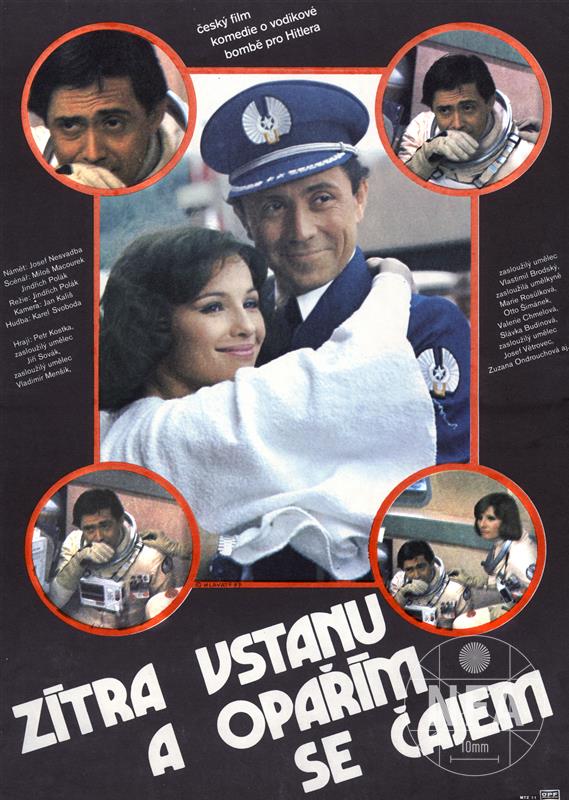 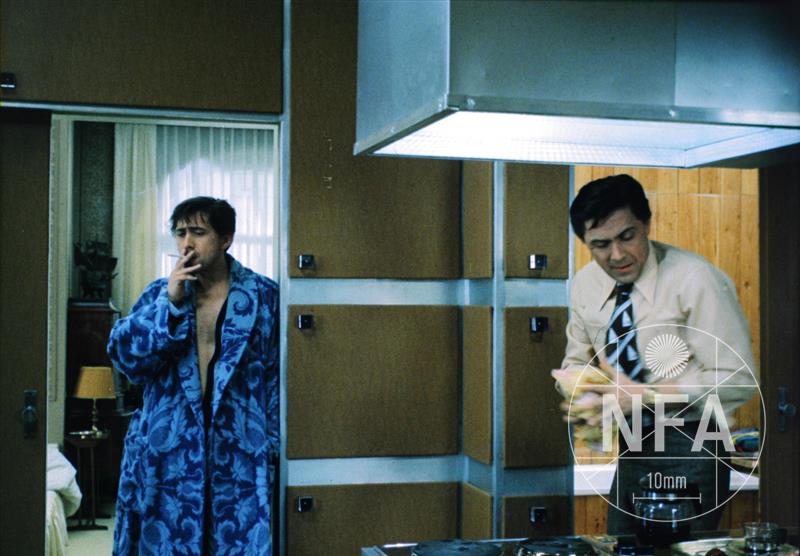 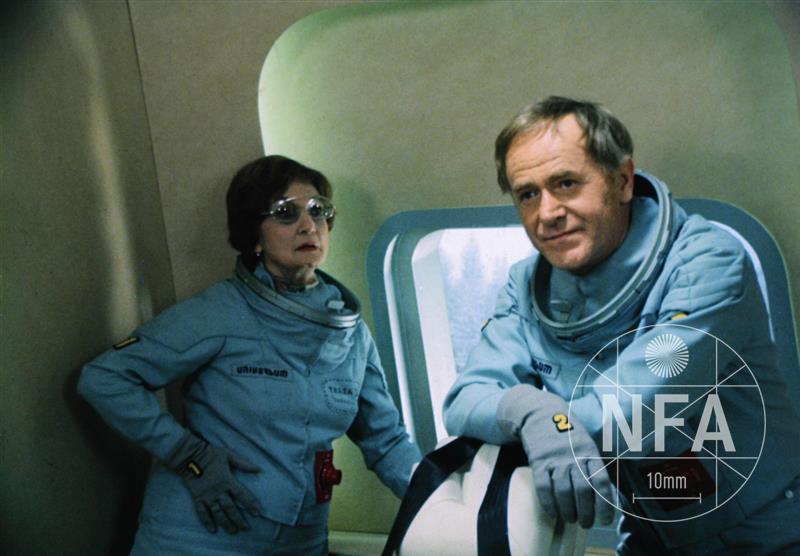 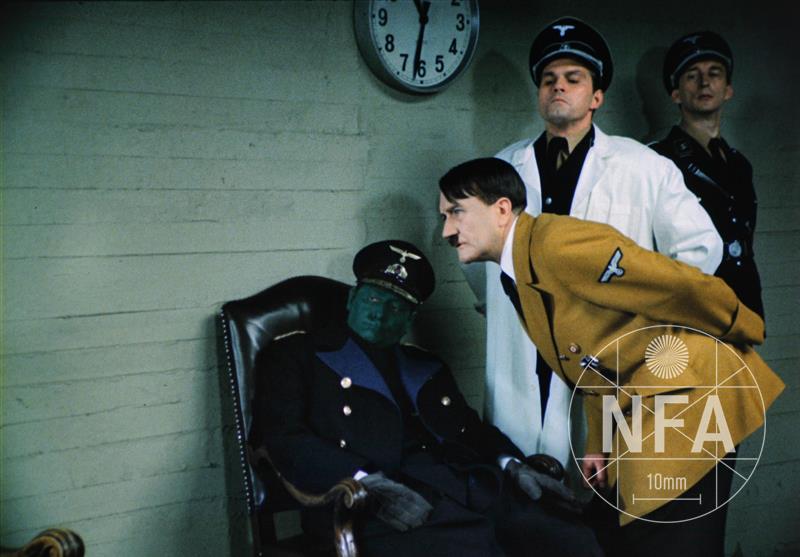