This 1982 Czech-Austrian historical drama from director Jaroslav Balík takes place in Vienna after the First World War. The protagonists are former officer Krumka and his profiteering servant Scholef, who reunite after the lost war. The uncouth Scholef knows how to make money, but he needs the elegant Krumka to provide contacts and representation among high society. Social animosity endures between the pair, even during the years of the Great Depression and the rise of fascism… Josef Vinklář (Scholef) and Karel Heřmánek (Krumka) star in this largely forgettable feature. Hannel Zell, who collaborated on the adaptation of the novel by Austrian writer Robert Müller for the screenplay, also assumed the role of assistant director.

It is the third year of the First Wold War and an Austrian soldier, Scholef, of Galician origin, pays for having himself shot to avoid having to fight. In an infirmary, a commissioned officer called Krumka engages him as his batman. He finds Scholef's black marketeering skills useful, but otherwise, he despises the plebeian servant. The two men part after the lost war. Austria is shaken by social disturbances. Krumka contacts his former friends from the front but they, too, have problems asserting themselves – contrary to Scholef, dealing with everything, who is doing great. The police disperse a worker's demonstration on a Vienna street. Krumka gets involved by accident and, in the turmoil, helps Helena, the daughter of a banker by the name Lustig. The poverty-stricken Krumka then meets the prosperous Scholef and they team up. The coarse Scholef is gifted in reproducing money while the elegant Krumka has good social contacts. The former officer receives support from bankers through Helena whom he woos. Scholef and Krumka take the accountant Sedláček and his assistant Hilda into their business company, and Hilda becomes Krumka's lover. Scholef falls passionately in love with an operetta soubrette, Hortensie. Due to the favour of an old Prince Czapp, Krumka gets most of his property and buys his palace as the company's seat after his death. The company benefits from stock exchange speculations and bank machinations. The expensive and extravagant life of the two cronies ruins the company but they are saved by a deceit in which high political and business circles are involved. One time, Krupka ridicules his companion in the presence of Hortensie, reminding him that he once used to polish his shoes. The offended Scholef thinks about revenge and providently transfers his money to a Swiss bank before the outbreak of an economic crisis. He also fires Sedláček. Lustig commits suicide after the stock exchange crashes. Krumka, too, is affected. Scholef tells him how he saved his property and then fires him unscrupulously. Sedláček meanwhile became a ministry employee and summons Scholef on the basis of Krumka's information. He wants money and threatens to sue him for tax evasion. Scholef, however, is not afraid – he has enough compromising material on everybody. He organizes an expensive wedding with Hortensie. But no one from high society comes to the wedding banquet; the only visitor is Krumka bringing roses for the bride. When the former companions go to the balcony to talk, somebody of Krumka's new friends – Fascists – shoots Scholef dead on his pre-arranged sign. 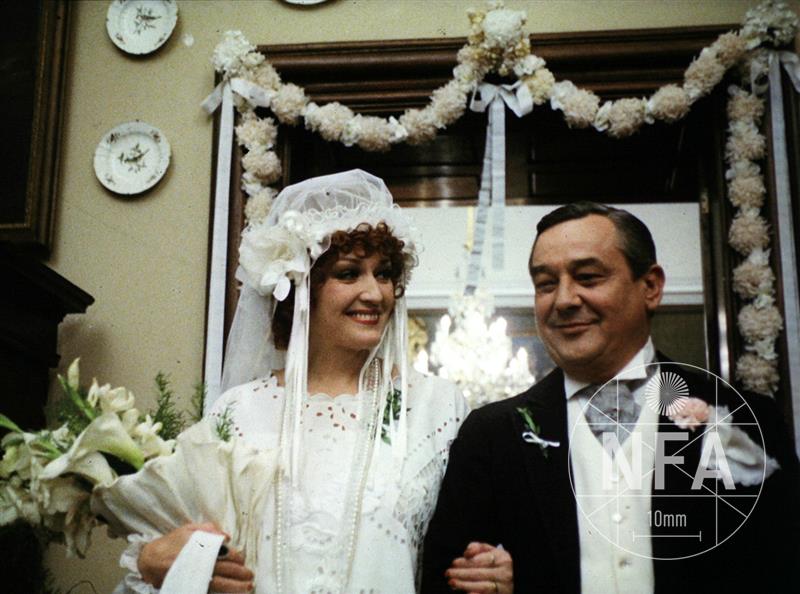 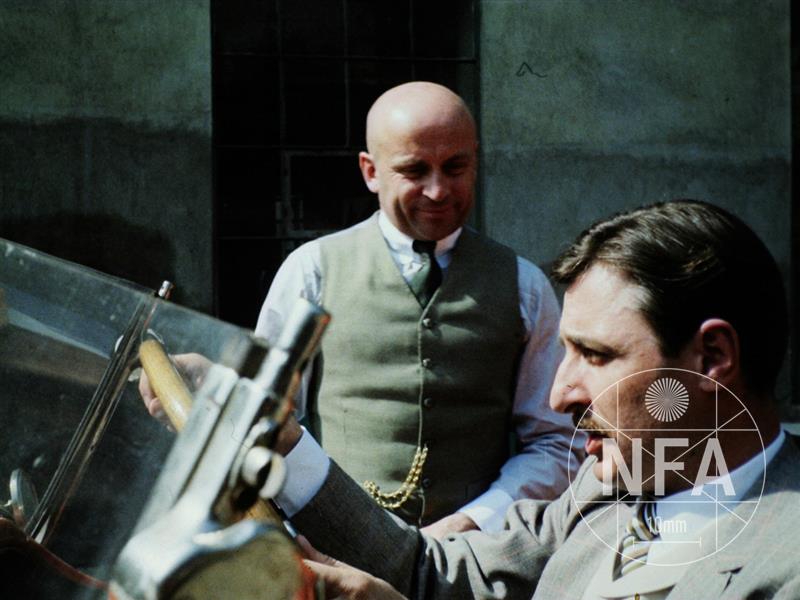 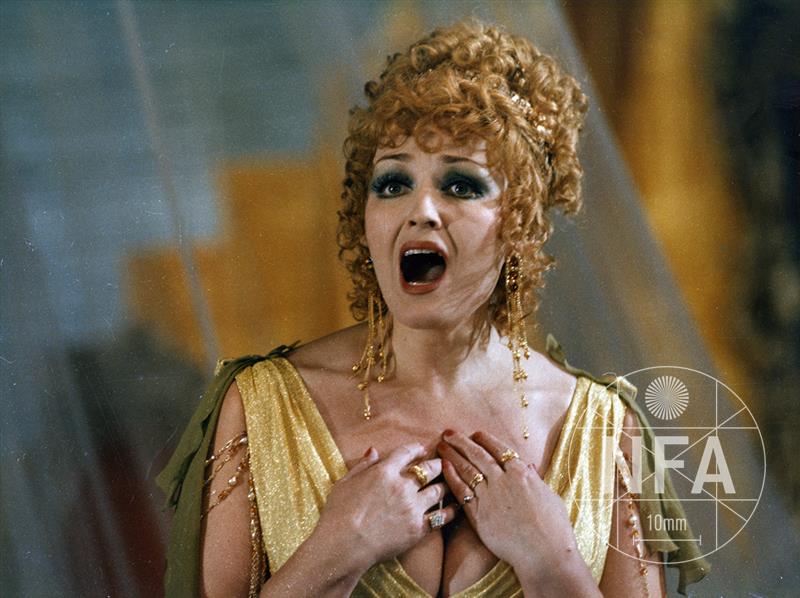 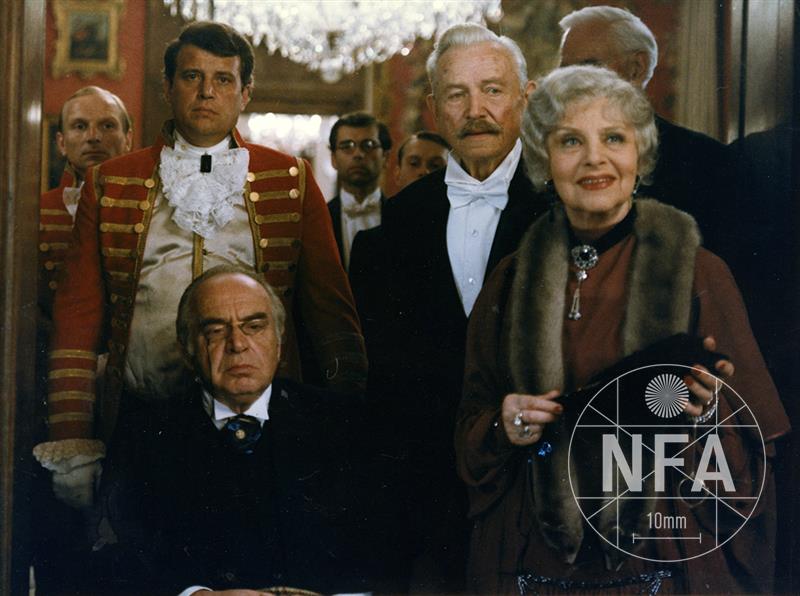 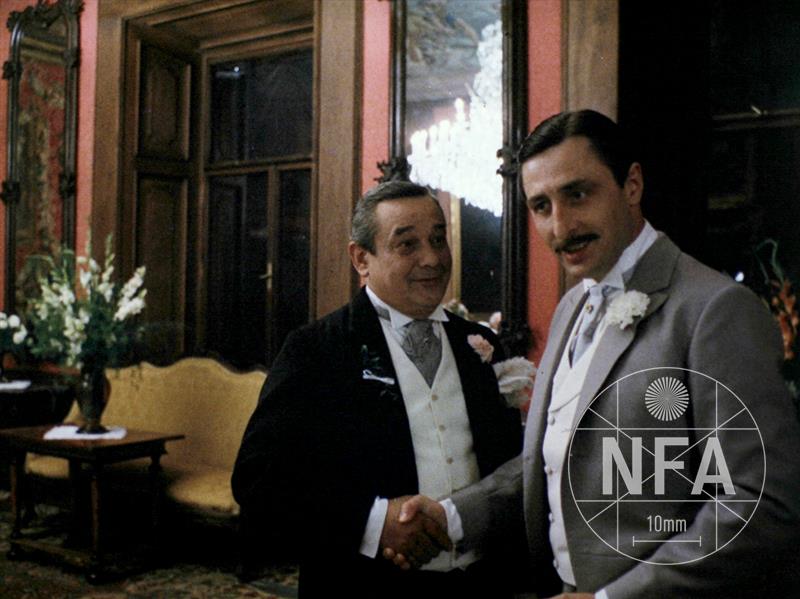