Director František Vláčil dedicated his final film to a major figure in Czech literary history – the novelist and poet Karel Hynek Mácha (1810–1836). The screenplay for the 63-year-old maestro’s Mág. (The Magician) was written by Václav Nývlt. Nývlt had also contributed as screenwriter to Vláčil’s drama Dým bramborové natě (Fires on Potato Fields) (1976) and as dramaturge on the director’s adaptation of Josef Čapek’s novel Stín kapradiny (The Shadow of a Fern) (1984). The Czech title of The Magician combines period orthography of Mácha’s most famous work, Máj (May), and the romantic concept of the poet as sorcerer. Mácha is a controversial, none too appealing figure in the film: a wild youth living according to his ideals and causing pain to those close to him – in particular his naive fiancée Lori Šomková – with his indifference, pride and arrogance. At the same time, he lives the consuming, self-destructive life of a Romantic genius for whom co-existence with reality does not come easily. Rather than create a classic biopic Vláčil delivered a poetic stream of images aimed at combining the facts with an artistic conception of Mácha’s view of the world and an evocation of his poems. The director hired the seasoned Jiří Macák as cinematographer. The lead actor – the versatile, relatively unknown Jiří Schwarz, who succeeded in identifying internally with the conception of Mácha – takes the lion’s share of the credit for film’s effectiveness. Vláčil entrusted practically all the other roles, including several tiny ones, to well-known actors. For instance, Petr Čepek, with whom the director worked on Údolí včel (The Valley of the Bees) (1967) and Adelheid (1969), makes a brief cameo as the Litoměřice hangman Ledvina. The part of Lori remains one of Veronika Žilková’s most important dramatic roles. Providing a contrast to Mácha’s boisterous inconsistency is Rudolf Hrušínský, whose perfect diction in a recital of May conjures the concept of immutable cultural values. Vláčil was dissatisfied with the final form of the film and a sense of artistic failure fuelled his decision to quit directing.

The poet Karel Hynek Mácha travels on foot to the town of Litoměřice where he is to begin work with the local notary. In Mácha's room, the dressmaker's apprentice Kaška is finishing a wedding dress for Lori Šomková. Also present are her friends who have come over to see Mácha's newborn son. The room is entered by Michal reporting that his brother Karel Hynek is dead. – A year before, the poet got acquainted with Lori during a theatre rehearsal. He does not conceal his rivalry and animosity towards the playwright Tyl and even insults the amateur actor Kaška. But Kaška enjoys unexpected success after the performance and Mácha apologizes to him. Karel Hynek makes love to Lori at Vyšehrad, but expresses an awkward jealousy to her right after. When leaving Vyšehrad, a fiddler hands him a letter from a lady named Márinka. The young man visits her. Márinka, an ill lady, plays the spinet, knows all Mácha's poems and begs him to come over again. The poet, however, leaves for the Giant Mountains the next day to contemplate, write poems and draw. Tietze, owner of the local summer wine cellar by a lake under the mountain Bezděz, tells Hynek an interesting story about some Hynek who murdered his father for seducing his love and was sentenced to breaking on the wheel. The story captivates Mácha. He returns to Prague to meet Márinka, but the girl had died in the meantime. Her face would eternally haunt him. Mácha is summoned to the police headquarters for questioning. Lori tells Mácha about her pregnancy. Her mother dies and Mácha forces his sweetheart to swear to be faithful to him in front of the mother's coffin. Later, he publishes the poem May at his own expense, but the work is torn down by a contemporary critic. Mácha realizes that he must provide for his wife and child, and begins with the Litoměřice notary. He likes to spend his leisure time at Radobýl and spots a fire from there one day. He helps extinguish it. His exhausted body, however, falls prey to illness. At the moment of dying, Mácha sees the surface of a lake and black forests, veiled in deep darkness.

The title of the film Mág. [Magician] provides for the transcription of the first edition of the composition Máj [May] from 1836 (according to the contemporary Czech grammar, the letter j was written as g), but it also captures the nature and poetry of the author Karel Hynek Mácha (1810–1836). 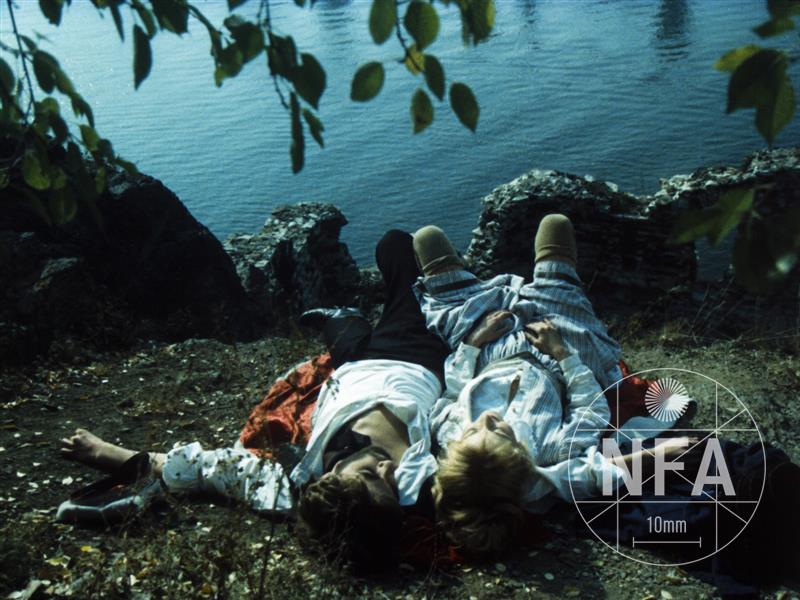 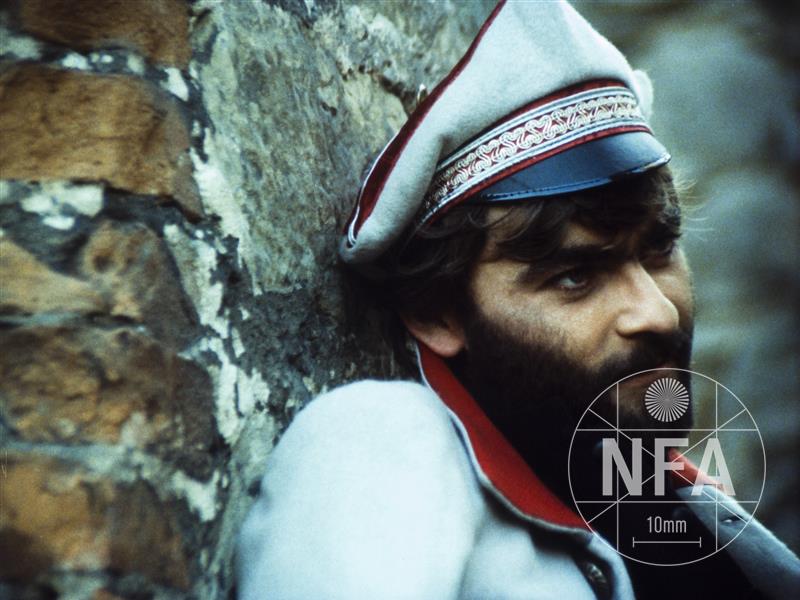 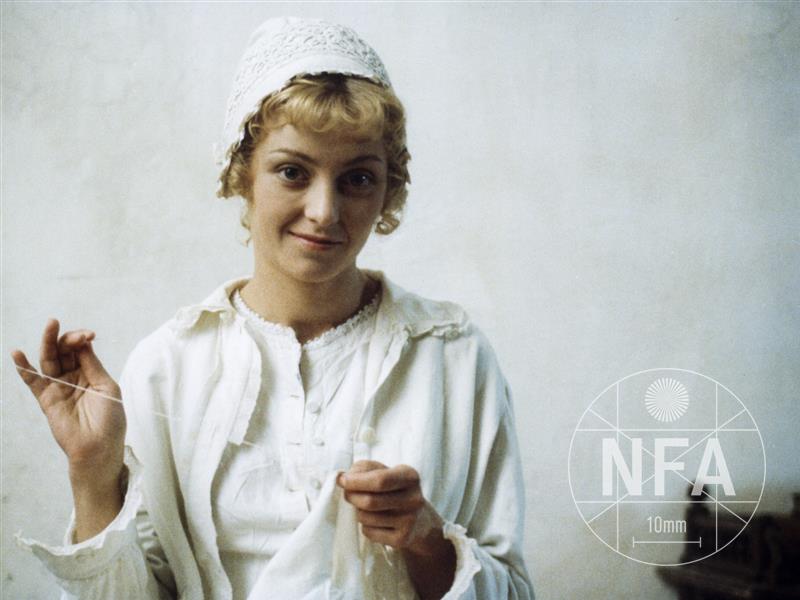 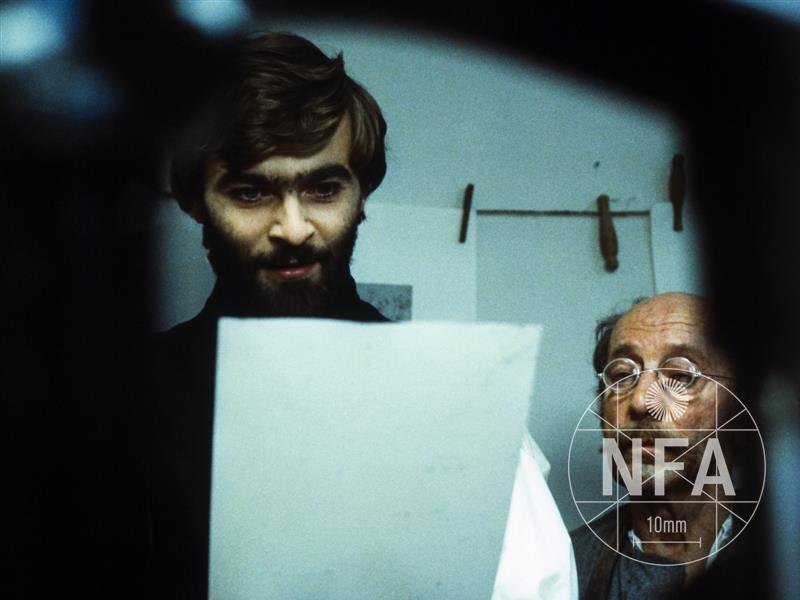