A group of overweight people try to shed the pounds under the supervision of dieticians at a medical centre in this tragicomedy from director Karlel Smyczek. The director, who made a number of critical and realistic movies during the 1970s and 80s, cast off this mould for this 1988 comedic romp, written with screenwriters František Ringo Čech and Petr Novotný. Sedm hladových (The Hungry Seven) is ultimately a metaphorical tale, presenting an interwoven comedic tapestry of a varied group of corpulent people. For example, opera singer Maruška disrupts proceedings with her endless singing, while rocker Čudla annoys everyone with his endless smoking. In all the patients, hunger brings forth aggression targeted at the management of the health centre, and specifically embodied by the skinny senior physician (František Husák). Gabriela Wilhelmová, Radim Vašinka and Jitka Smutná are among the acting talent portraying this colourful crop of patients.

The actors of the story are getting ready for their way to a slimming health spa sanatorium. The brewer Sládek drinks his last mug of beer, Růenka gives the last instructions to her family in front of their village cottage, the bachelor and insurance agent Jaroslav entrusts his canary to a neighbour, the opera singer Mrs Maruka sadly leaves the stage over to her younger colleague. The director Havránek passes the temporary management of an enterprise over to his deputy. The sound engineer Čudla says farewell to the members of a rock group. The girl Lucinka is accompanied by her boyfriend Luká and her sister to the railway station. These seven corpulents, along with other fat people, arrive at a dilapidated château to get rid of their excessive weight. Also a new nurse, the slender Kristýnka, begins in the sanatorium. The noticeably thin senior consultant tries to implant discipline in his clients. They have a rigid schedule, very small portions of food, exactly determined places at the tables and regular exercise and jogging. They are not allowed to go outside the park wall where there is the restaurant Koliba. The senior consultant has no idea that the caretaker Ducháč secretly sells the patients food for exorbitant prices. The treatment participants have only their weight problem in common, but they are otherwise totally different, which produces disagreements. Havránek tries to manage the enterprise from a distance by phone and he doesn´t like Čudla smoking. Maruka disturbs Růenka with her constant singing, Jaroslav keeps waking up Sládek by his loud snoring. The shy Jaroslav woos Růenka. Although the patient's portions of food are infinitesimal, they are not getting slimmer. Sládek takes advantage of Ducháč's absence and eats up all the food in his storeroom. The constant hunger elicits aggression in the women during their exercising in the park and it is Kristýnka who gets the worst of it - she is chased into the pond. The functionary responsible for cultural programs talks several people into performing at a party. Maruka sings and Růenka is meanwhile visited by Jaroslav in her room. But before they can get closer, Maruka's voice fails and she runs back to their room. Jaroslav quickly hides. The devastated Maruka, who sensed that losing weight will not do any good to her voice, leaves the sanatorium. Jaroslav falls asleep amidst the amorous playing. The participants of the party bang on the door, looking for the singer. Růenka refuses to open the door and Jaroslav destroys an outside plaster vase when escaping through the window. During the investigation, Čudla takes the blame himself. The ministry of health decides that an institution for malnourished children will be established in the château instead of the slimming sanatorium. The nurse pinches Luká from Lucinka, who was the only one to honestly stick to the treatment. The lovelorn girl runs away to Koliba and stuffs herself in an unbridled manner. Havránek learns that the deputy has removed him from his position. On the "reducing" day, the patients get only hot peppers to eat and they run away to Koliba en masse. Overfed and overdrunk, they demolish the gymnasium after their return and they also want to tell something to the senior consultant . But they all except Čudla lose courage in front of the door. The senior consultant expels Čudla the next day. No one knows that a monstrously obese mother is secretly staying with their "tormenter". Čudla, leaving, is accompanied by Kristýnka who has resigned in the meantime. And finally, they are followed by the rest of the patients on their way to freedom.

The text of Terinka´s aria was finished by F. L. Rieger after the death of The Jacobin opera librettist, his daughter Marie Červinková-Riegrová (1854–1895). 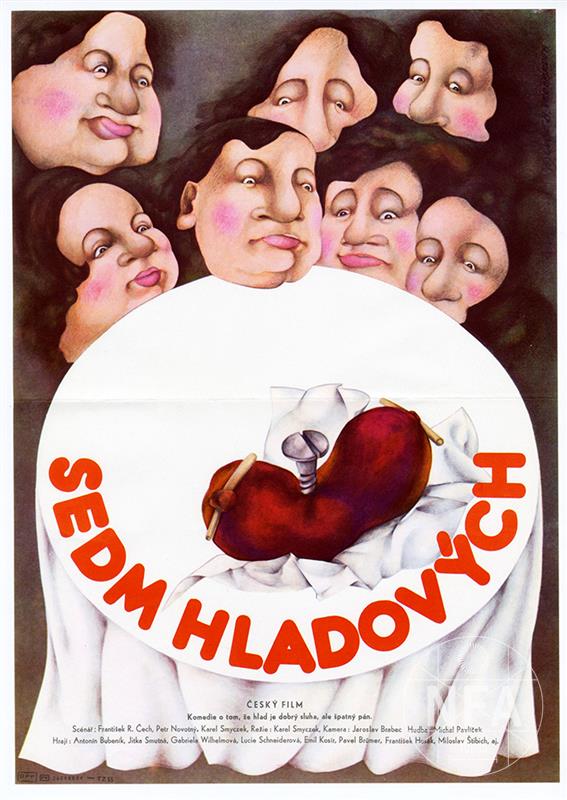 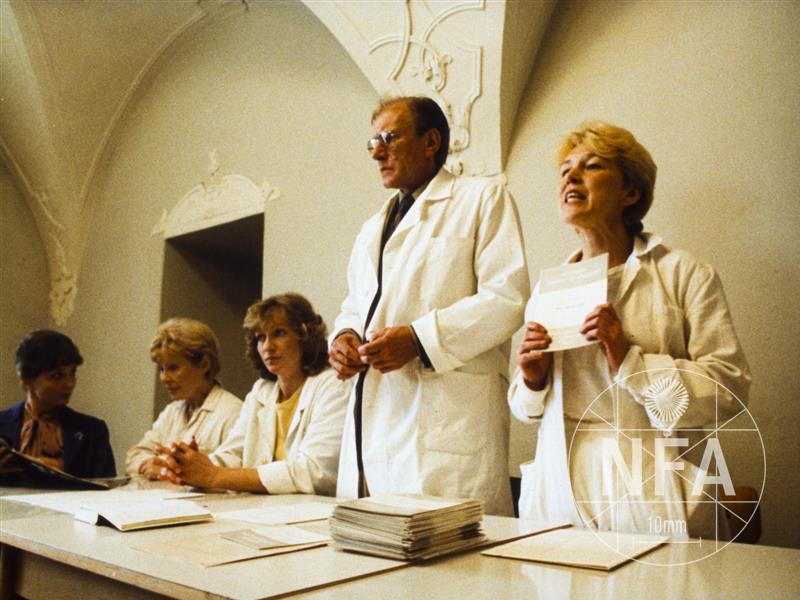 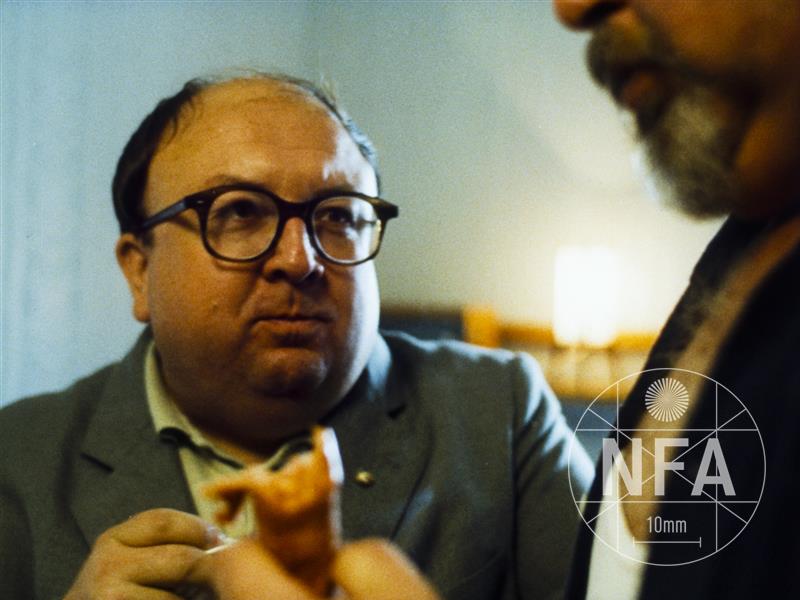 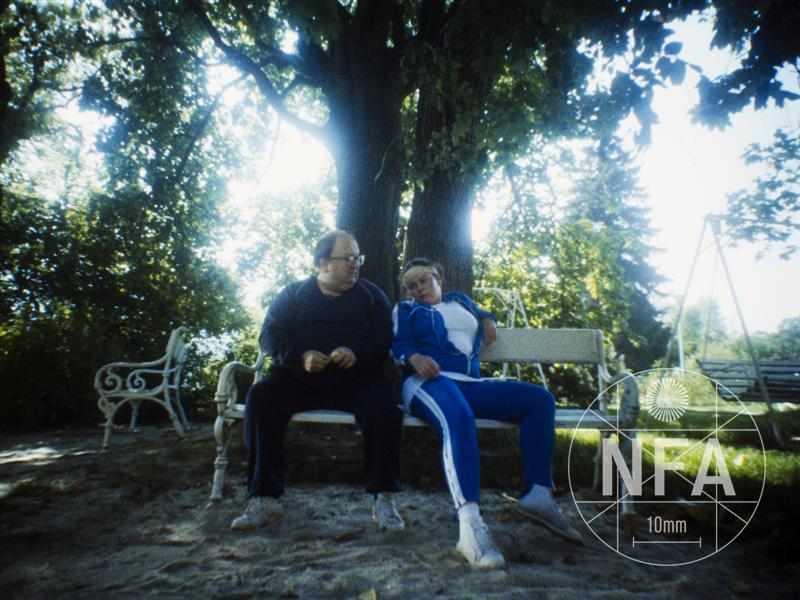 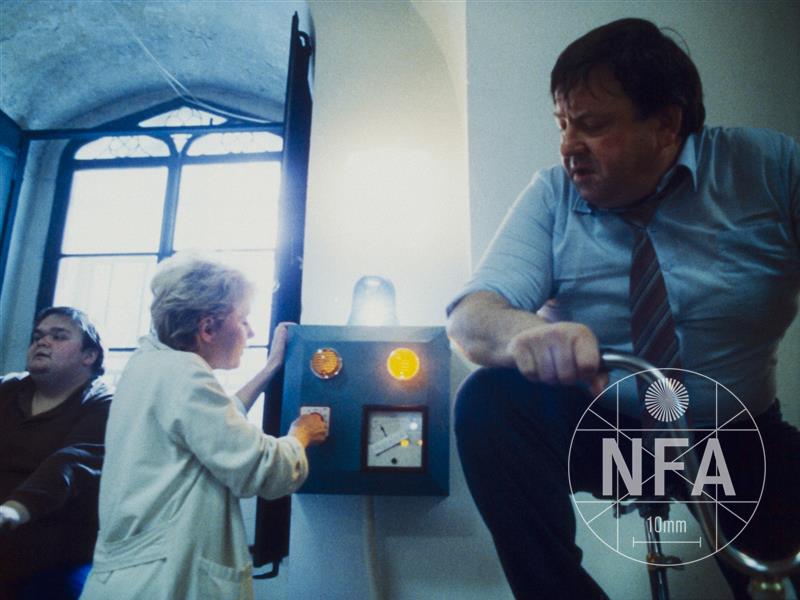