While working on a tragicomedy based on treatment for alcoholism, the director Dušan Klein got back together with the writer and screenwriter Ladislav Pecháček, with whom the experienced filmmaker has long been associated, not only thanks to the series about “poets” inspired by the writer’s novel Amatéři (Amateurs), but also their joint adaptations of the novels Dobří holubi se vracejí (Good Pigeons Fly Home) and Vážení přátelé, ano (Yes, My Dear Friends!, 1989). In keeping with the original literary work, this 1988 film is ostensibly a funny tale about patients in a drying-out clinic, struggling – more or less successfully – with their dependence on alcohol. Beneath the surface, however, the authors pose questions relating to a person’s inner values and the fact that an individual is not always able to lead his own life according to the expectations of those around him. The protagonist is a stoker in the National Theatre, Miloš Lexa, who ignominiously loses his job to the demon drink and who also loses – or so it seems to him – any possible affection from his platonic love, the soprano Soňa. The tough regime that reigns in the clinic where Lexa is forced to dry out is purgatory for the freethinking newcomer. Besides abstinence, the doctors also require their patients to follow a strict way of life and demand that they exhibit an ability to resist various temptations. The hero’s journey to a new start in life is not easy. However, he is ultimately helped find a way to get himself back together by his literary talent… Besides the interesting subject matter and Klein’s professional direction, the qualities of this film that proved a hit with audiences also included, above all, a top-class cast. Each of the characters has a subtly revealed, colourful and interesting past, which they bring with them to the monotonous atmosphere of the treatment clinic. Milan Kňažko excels in the role of Miloš Lexa, giving his character a convincing boyish tenacity. The group of patients is persuasively played by Vladimír Menšík, Marián Labuda, and Zdeněk Řehoř. Josef Somr sparkles in the role of a senior consultant while Rudolf Hrušínský plays the sleazy nurse, Masák.

The boilerman Milo Lexa has a drinking problem. Due to his excessive drinking, the temperature in the Prague National Theatre rises unbearably during the ceremonial performance of Smetana's opera Libue - and there is even a government deputation in the audience! The drunken Lexa is taken away by the police from the boiler room and he soon starts his anti-alcohol therapy. The witness to his degrading arrest is the female soprano Sonja Landová - the only person Lexa cares for. He has known her since childhood and she has been his platonic love for years. The sanatorium patients must follow a very strict regime. The number of the red and black points they receive determines their possible outing. They also train for various situations which they may run into outside - because they must not only abstain from alcohol for ever, but mainly bring order to their lives and develop protective mechanisms. The senior consultant Dobrotka is very well aware that the chief hospital attendant Masák is unjust and misuses his two assistants, patients Janoík and Obuli, to bully the others. But he also knows that the world outside the sanatorium is merciless and that the detox patients must be ready to face it. He knows what made the patients drink from their compulsorily written diaries. Masák offers Lexa some positive red points for money but Lexa laughs at him. He can well protect himself from both his revenge and bullying. The soprano Sonja, who once cured herself from drug addiction in the same sanatorium, arrives to sing there during Christmas. The beautiful and well-off, but lonesome woman lets Lexa stay with her after his treatment. Lexa wants to employ his talent to write a book, but he finds himself unable to start, to break his mental block. He visits his former co-patients but finds out that they are all drinking again. His love affair with Sonja fails; the two soon realize that they come from totally different worlds. Lexa leaves Sonja and returns to the sanatorium, but not as a recidivist patient - the so-called good pigeon who flew home. He in fact comes back for a control treatment. He works in the local boiler room and there, in solitude, finally begins to write.

The last film part of the actor Vladimír Menšík. 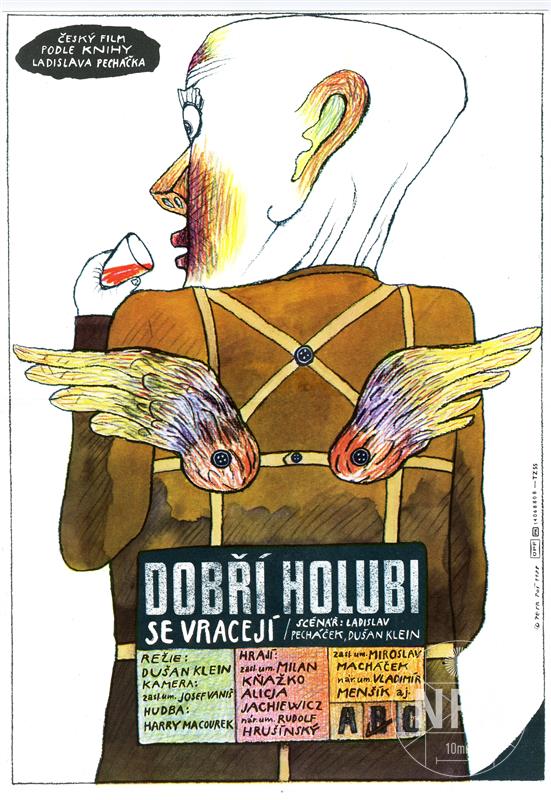 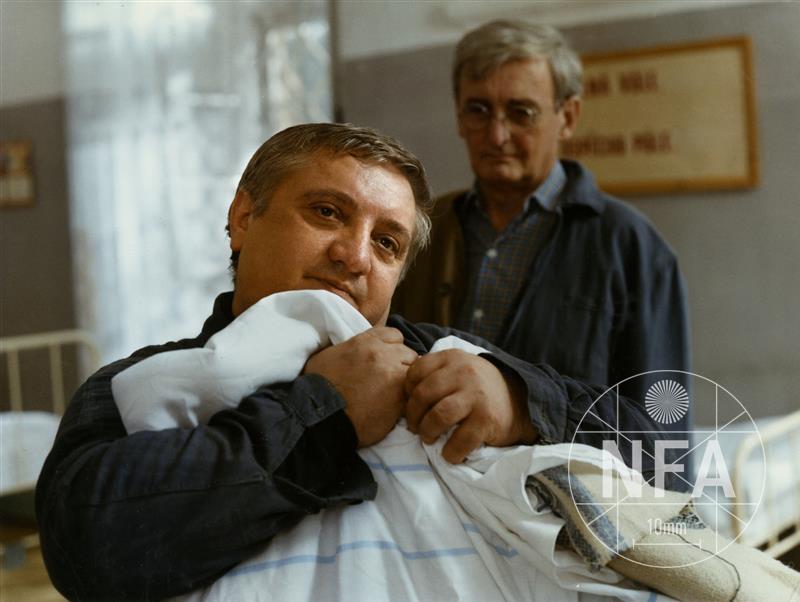 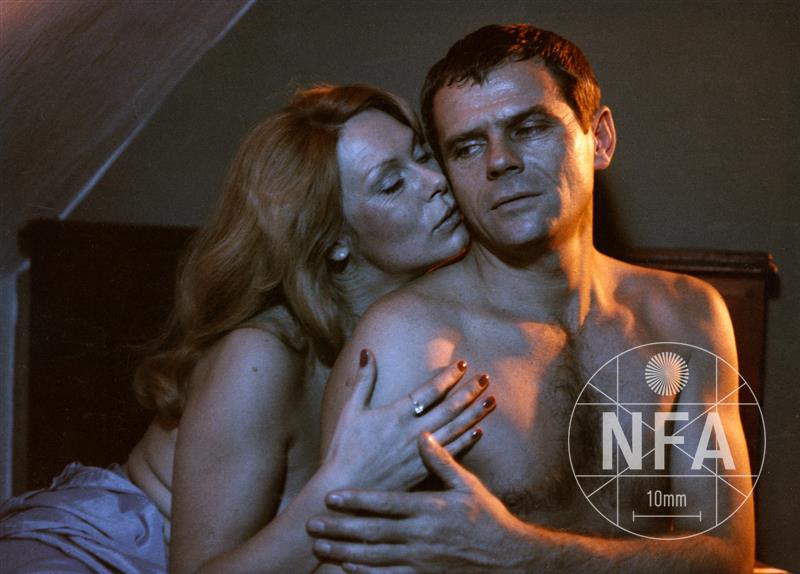 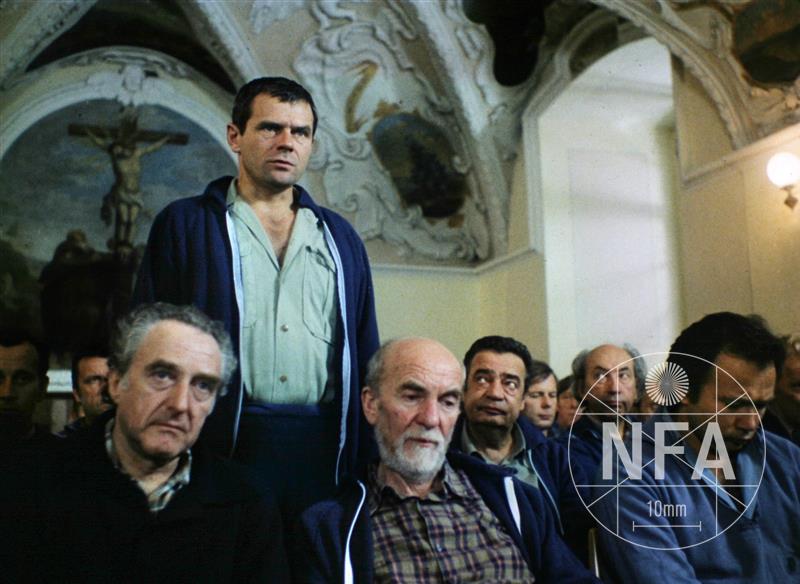 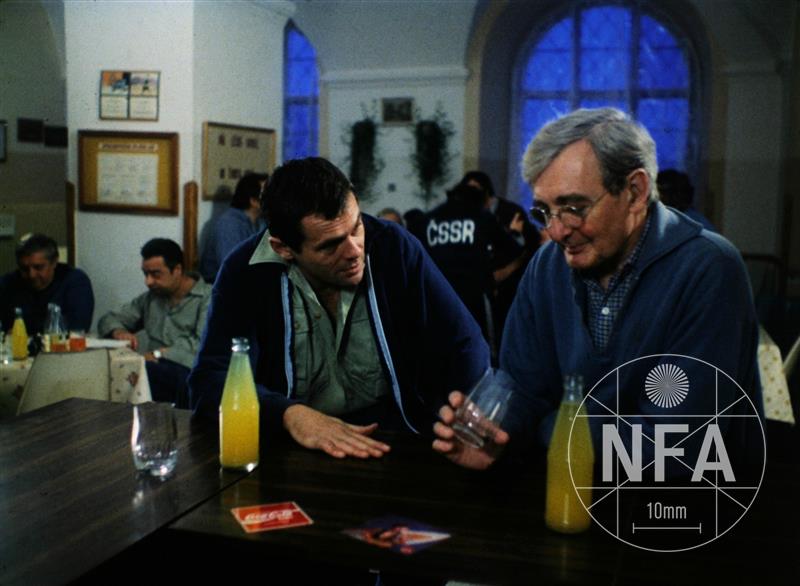 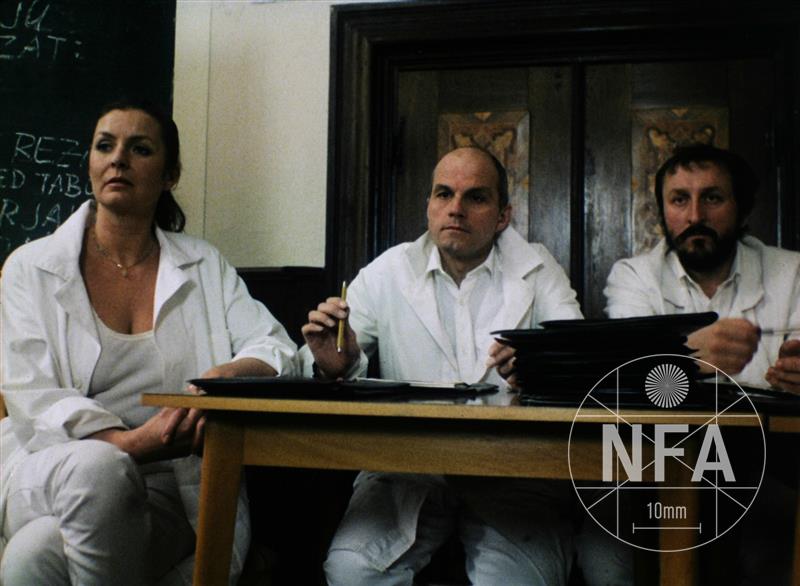 My Bonnie is over the Ocean