The story is situated in a border village where the local inhabitants speak Slovak. The commander of the Customs and Inland Revenue Service, Hladík, lives here with his wife, son, and grandmother. Two German tourists come to the village - a man and a woman - allegedly siblings, and they find lodgings at the house of wine-distiller and smuggler Roháč. Kriško, an inspector of the Inland Revenue Service, comes on visits to Roháč's niece Anička. The tourists, in reality agents, get their hands on secret military documents. During an exchange of fire at the border Hladík dies and his pregnant wife must hide his death from their son. An agent is seriously wounded and he takes refuge at Roháč's. Eventually he evidently dies. Roháč is suspected by the customs officers, and a schism comes between Anička and Kriško. When Roháč discovers who these tourists really are he helps in apprehending the agents and recovering the secret documents. Mrs. Hladíková gives birth to a child and together with her son and grandmother leaves to the interior of the country.

This is the only film reacting to the political events of Autumn 1938. Due to the quickly changing post-Munich situation the film could not be completed. A cellulose nitrate copies of the interiors (sound) and exteriors (silent shots) and 47 boxes of negative are preserved in the NFA. 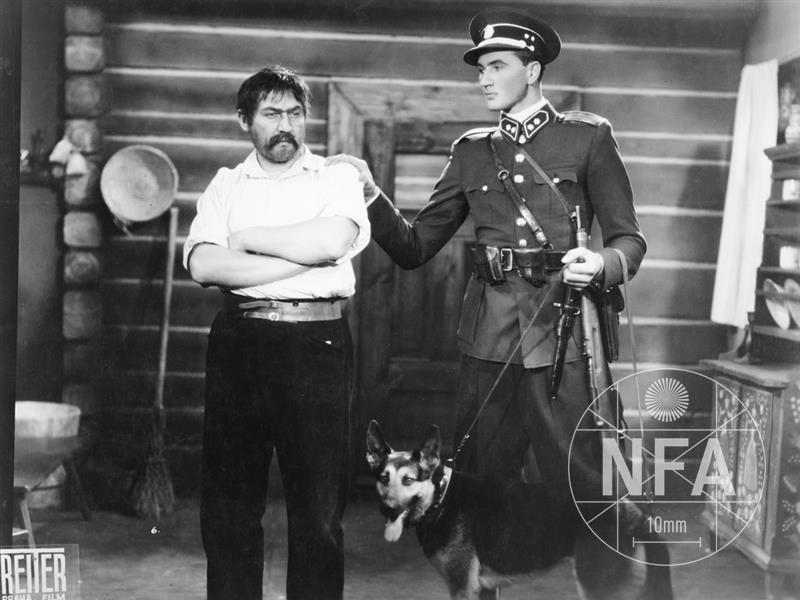